H.R. 1313, also known as The Preserving Employee Wellness Programs Act, would add genetic tests to other metrics employers can use to monitor and encourage healthy living as part of voluntary wellness programs. If this bill becomes law, your employer could legally ask you to take a genetic test as part of your voluntary employee wellness program. Previously, genetic testing in voluntary wellness programs has been a gray area.  North Carolina’s Rep. Virginia Foxx sponsored this bill as part of her effort to “replace [the Affordable Care Act] with responsible solutions that are patient-centered, not government-driven…advancing free-market reforms, particularly relating to employer-provided coverage”. In the perhaps not-so-distant future, there may be a time when the price of technology has fallen to a point where healthcare becomes largely data-driven, where one mouth swab can anticipate health outcomes decades in advance, minimizing the need for extensive testing when one falls ill.

In many ways, this bill builds on the logic of the Affordable Care Act, which allowed employers to discount health insurance premiums by up to 50% for employees voluntarily participating in wellness programs. For example, it is perfectly legal for your employer to give you points to spend on goodies from an incentive list in exchange for wearing a fitness tracker, participating in health screening, and reaching wellness goals. This bill simply clarifies a few definitions and updates the technology a bit, right? After all, it can be quite difficult for small businesses to navigate the “burdensome” regulatory seas formed by all the government regulation of health data and how it can be used.  There’s the Affordable Care Act (ACA), Health Insurance Portability and Accountability Act (HIPAA), Americans with Disabilities Act (ADA), Genetic Information Nondiscrimination Act (GINA), and the Equal Employment Opportunity Commission (EEOC)’s interpretationof how employers can avoid discrimination when giving their employees benefits.  In the age of genomics, companies like 23&Me and AncestryDNA offer genetic tests for members of the public that want these insights, yet including them in legislation gets ethically sticky because the personal nature of these results intersects with the public nature of policy.

The American Society for Human Genetics and the Wellness Council of America along with myself and  many other scientists and bioethicists have expressed concern for how antidiscrimination protections would be sidestepped with this bill. In the language of the bill, such genetic tests are automatically “considered to be in compliance with the Americans with Disabilities Act of 1990 and the Genetic Information Nondiscrimination Act of 2008.”  The ADA prohibits employers from making disability-related inquiries and non-job-related medical examinations.  GINA is even more relevant, as it “restricts employers from requesting, requiring, or purchasing genetic information”  regarding prospective, current, or former employees. Yet, GINA has an exception for the truly voluntary wellness programs, as long as they are “voluntary”, “reasonably designed”, and yield useful interventions.  If H.R. 1313 passes, we will have to see how courts interpret this language.

“…what might stop an employer from raising healthcare premiums on ‘high risk’ workers with genetic disorders or genes that are highly correlated with certain health outcomes?”

Assuming the clause holds up in courts, extensive genetic testing and resulting “incentives” could loom inevitably. GINA was recently revised to clarify how its protections mesh with the ACA’s incentives. Updates to GINA state that “A wellness program is not reasonably designed to promote health or prevent disease if it exists merely to shift costs from an employer to employees based on their health, is used by the employer only to predict its future health costs, or imposes unreasonably intrusive procedures…” Broadly defined, “genetic information” in H.R. 1313 includes tests for genetic disorders with no cure, which can only help the employers predict future health costs – a direct violation of GINA. If genetic tests requiring employee wellness programs are found to be automatically in compliance with antidiscrimination regulations, what might stop an employer from raising healthcare premiums on “high risk” workers with genetic disorders or genes that are highly correlated with certain health outcomes?

There’s also a huge concern about employee privacy.  Previously, employers could only legally access data in aggregate, such as the overall percentages of their workforce who have certain health outcomes-not the individual clinical data relating to identity or health record.  Now that GINA has been revised, employers sponsoring health plans can access medical records and genetic data along with other individually identifiable data if they promise to the healthcare plan that they won’t improperly share or misuse it. If genetic data can be accessed by employers, and the company paid by the employers defines “proper” use or sharing of this data, isn’t that a bit of a conflict of interest? What is to stop the plan and the employer from deciding together to share employees’ genetic data improperly?

If voluntary wellness programs can be extended to include even more sensitive and personal genetic information, the potential for unethical conduct increases.  Concerns about sharing genetic information dating back to an era before genetic tests were commercialized.  In the development of these technologies, researchers have sometimes performed genetic testing in scenarios without regard for “voluntary participation” as in this bill. Just look at Henrietta Lacks, a woman whose cells were taken without her knowledge, let alone her consent, and whose cells later went on to be sold on the market. The Public Health Service and Tuskegee University enrolled poor men with syphilis, didn’t tell them they wouldn’t be treated for their disease, and then went on to study the disease progression although penicillin had long been an effective cure. The Havasupai Tribe of Arizona invited researchers to run tests for rising rates of diabetes among their people and the samples were also used to study inbreeding, schizophrenia, and some of the results jeopardized their tribal sovereignty and land rights.  Let’s not forget the shadows of the eugenics movement, where positive genetics were also rewarded, and negative genetic outcomes produced harsh consequences. True, in the height of the eugenics movement, the rewards for participating in genetic testing didn’t include healthcare rebates.  In all these scenarios, unethical actions resulted from disregarding whether a program was truly voluntary. Congress passed a bill that created the National Commission for the Protection of Human Subjects in Biomedical and Behavioral Research.  This commission identified informed consent as necessary to conduct research involving humans.

“Do the same protections not exist for workers as do for human-subject research participants?”

H.R. 1313’s vague reference to genetic testing opens the door to many interpretations, ranging from yes/no tests for specific genetic disorders to storing DNA samples for any and every future test. Manipulating people into cooperating with unspecified tests without full knowledge of their role or their choices sounds an awful lot like what caused the abovementioned scenarios. Rep. Foxx says she wants to “provide employers with the certainty they need to offer wellness programs to their employees” with this bill.  How does sharing genetic information with your employer give them anything but the temptation to discriminate if they find you’re predisposed to develop Huntington’s as a side-effect of your genetic makeup? Do the same protections not exist for workers as do for human-subject research participants?

Even if one wanted to know their genetic disorders, what effect would it have on families? There is intense debate about children’s right not to know their genetic “fate.” Some might prefer not to know their genetic fate, especially in families with certain disorders and if those diseases have no known treatments. Even medical practitioners are split on the issue. This bill would make it so that employers could coerce employees to have discussions with their families about genetic test results, even as many people see no benefit in knowing in the first place.  For example, in the case of Huntington’s, there is a 50% chance your child will inherit an affected gene.  Not only would allowing these genetic tests affect the employer’s employees, but also their future generations.  I suppose you could say that you could express to your employer that you don’t want to know the results, but wouldn’t they be obvious once your healthcare rebates weren’t offered anymore?

Ethical concerns aside, this bill opens up a discussion on the kinds of questions policy makers think human genetic data can answer. Genetic data can indeed yield actionable information when used to probe certain questions. For example, a mutation detected in the BRCA gene cluster signals a higher likelihood of developing breast and ovarian cancer, and patients and their healthcare providers can choose to have additional early detection procedures. Yet, human genetic testing is far from able to fully predict every adverse health outcome.  This bill’s explanation of motive shows a lack in understanding the nuanced yet important limitations in the science behind this particular application of biotechnology. There are all sorts of phenomena that intervene in between human genes and health outcomes like post-transcriptional and post-translational control, where non-genetic molecules glob onto the strand of DNA or its messenger copies that go to the cell’s protein machinery.

“Even if all companies were ethical in executing these voluntary wellness programs and didn’t penalize workers for inheriting disease-prone genes, the effective health interventions are limited by our own biological complexity. “

These events can either enhance or silence the resulting gene  – even cancer-causing genes. Your microbial community also intervenes in health outcomes by conveying special immunity to disease and metabolizing drugs in the gut such that one drug will be efficacious in one individual yet toxic in another. If we really want to have a complete picture, we’ll sequence both genomes: our own and our microbial community. Then once we have all of the sequences for both our genes and those of our microbes, we have to delve into their meanings, which we haven’t come close to fully elucidating. Given Trump’s proposed cuts to science funding, we won’t be able to unravel these meanings for quite some time.  Furthermore, scientists debate about which sampling strategy to use and how strong our correlations have to be if we want to answer questions about which factor explicitly causes changes in microbial composition. All in all, with very few exceptions, the science is simply not at the point where we can coax beneficial microbes to take over our native, possibly disadvantageous microbiota. Even if all companies were ethical in executing these voluntary wellness programs and didn’t penalize workers for inheriting disease-prone genes, the effective health interventions are limited by our own biological complexity.

A calming thought is that many bills are introduced to Congress without any intention to get them passed, but rather are meant as political statements.  Rep. Foxx says she thinks “ decisions should rest with patients and their doctors—not government bureaucrats,” a clear political statement in favor of limited government intervention in daily life, including in healthcare.  However, after reflecting on the ethical implications of this bill, it seems that the healthcare decisions still won’t rest with patients and their doctors, but with employers and insurers.  This bill trades an ounce of progress towards personalized medicine for a pound of possible unethical outcomes.  The recent RyanCare discussion considering getting rid of the pre-existing conditions provision of the ACA gets even more disconcerting once you consider whether regulators, insurance providers, and employers would place genetic predisposition toward adverse health outcomes in the “pre-existing conditions” box.

Recent FDA approval of 23andMe’s genetic tests is a sign that genetic testing is here to stay, so the concept of including genetic information in employer-provided insurance is worth watching out for, even if H.R. 1313 goes nowhere.

Lauren Czaplicki is a PhD Candidate in Duke’s Environmental Process Engineering program in the Civil & Environmental Engineering Department. She uses methods adapted from human genomic studies in her thesis work to coax environmental microbiomes into cleaning polluted soils. Special thanks to Will Goldsmith and Dr. Kevin Schulman for their comments on earlier drafts of this article. 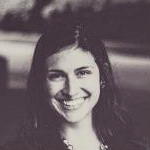