Shosanna Strength and the Limits of Thoughtfulness

A fervent Buddhist lady made every effort to love others. But every time she went to the market, a merchant made indecent proposals to her. One rainy morning, when the man bothered her once again, she lost control and hit him on the face with her umbrella. That same afternoon, she sought out a monk and told him what had happened.
“I am ashamed,” she said. “I couldn’t control my hate.”
“You did wrong to hate him,” answered the monk. “The next time he says something, fill your heart with goodness. And hit him again with your umbrella, because that’s the only language he knows.”
– Ancient Parable

I spoke with a mentor about how a community can and should respond to blatant acts of hate speech. Taking a perspective filled with youthful naïvety, I claimed that the best response is one well thought out. A response that shows unity despite such hatred would show the perpetrators that they could never shake us. A bully picks on people to get a reaction, so if the person or community gives no reaction, the bully will eventually get bored. What a thoughtful and sensible response, I thought.

With recent events making national news, I feared that perspective students (particularly from targeted groups) may think these actions represent a large part of one’s Duke experience, whereas in reality, I don’t find them to. Confident that I had determined the “best response” to hate speech and attempting to reach prospective students who may now be hesitant to attend Duke, I wrote the following letter addressed to myself as a “high school senior:” 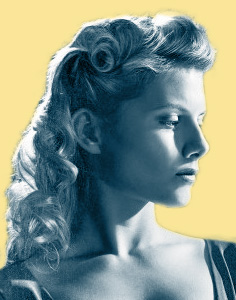 I am writing to you because of recent events on Duke Campus. I know that you may be worried about coming to Duke, but I want to assure you that expressing your identity will be the least of your problems here. Duke has an amazingly supportive community with individuals that look out for and support each other. I know it may not seem like this, so I took the time to share my recent experiences with you in hopes of convincing you otherwise…

I know you are a huge Quentin Tarantino fan, so I will start with a reference to one of his films. In a Tarantino inspired WWII French cinema, the following conversation occurs between Nazi soldiers and the cinema owner, Shosanna, who unbeknownst to them is Jewish. The Nazis are deciding where to hold their movie premier, and Shosanna’s cinema seems like a viable option…

Joseph Goebbels: [in German; subtitled] How many seats in your auditorium?
Francesca Mondino: [translates into French]
Shosanna Dreyfus: [in French; subtitled] Three hundred and fifty.
Francesca Mondino: [translates into German]
Joseph Goebbels: That’s almost four hundred less than the Ritz.
Fredrick Zoller: [in German] But Herr Goebbels, that’s not such a bad thing. You said yourself you didn’t want to indulge every two-faced French bourgeois taking up space currying favor. With less seats it makes the event more exclusive. You’re not trying to fill the house, they’re fighting for seats. Besides, to hell with the French. This is a German night, a German event, a German celebration. This night is for you, me, the German military, the High Command, their family and friends. The only people who should be allowed in the room are the people who will be moved by the exploits on the screen.
Joseph Goebbels: [after a pause] I see your public speaking has improved…

Despite Shosanna shaking of both fear and anger (she has already lost her family to Nazis) during this exchange, Shosanna controls her composure and agrees to host the premier. Little did the soldiers know that Shosanna planned to use the event, a reality she realized she had no control over, to her advantage. Instead of showing her fear to those Inglourious Basterds, Shosanna used her anger to fuel ingenuity and eventually connect more with those closest to her (in this case Marcel)…

I couldn’t help but think of Shosanna’s courageous reaction during recent events on campus. As an involved member of Duke’s Jewish community with a position on Jewish Student Union’s executive board I have felt flooded with reactions from fellow students, cultural groups, professors, family and friends to the hate speech. And, I am not alone in feeling this way.

This past week, there was an open conversation allowing students to air their reactions to recent events. Listening to the comments, two things became immensely clear to me: 1. there is an incredibly strong and supportive community of students and 2. there is a lack of consensus regarding what the best response to such hate speech is. After observing this, I was determined to search for examples of “best responses.” My mission to compare how people reacted began.

Like any diligent researcher, I began my mission with reading. First source: the Duke Chronicle. And, what I found was fascinating.

One article featured quotations from an email sent by Joyce Gordon, director of Jewish Life. She writes that she finds the Duke community to be “remarkably inclusive, supportive and affirming of Jewish campus life.” She continues with “this hateful act is wholly inconsistent with our values. Though perpetrators of these kinds of incidents seek to spread fear and divisiveness, we are resilient and will not be bullied by this cowardly act.”

And, she is completely right. As I read these articles I thought about how I was originally afraid to come to Duke, fearing anti-Semitism; however, the moment I stepped foot on campus, I felt safe. There was something about Duke and its community that made me comfortable being Jewish and expressing my Judaism. I found a community during Blue Devil Days that I knew, despite being far from home, would feel just like home. That feeling has since only been proven right. And, after speaking with many of my Jewish peers, I know I am not alone in feeling this way. What a powerful idea Joyce Gordon has. Instead of responding to hate with fear, she responds with courage, emphasizing the strength of Duke’s community and showing the perpetrators of hate speech that there is nothing they can do to change that because “we are stronger than [them].”

This point is best summarized by another recently published Chronicle article, written by Barak Richman, a Duke Business and Law professor. Richman writes:

“And to my fellow Jewish community members, especially to our undergraduates: I am honored to share this place with you. I hope you know how important you are to those of us who have made Durham our home, and I hope you also know how special this community is. I am overjoyed, as you should be, that ours is a community that created the beautiful Pittsburgh tribute at the free expression tunnel. A disgraceful defacement does not change who we are.

We should also remind ourselves of our history. One of our people’s remarkable achievements has been our ability to make a home in unfamiliar places. We have wandered the globe to make homes in distant corners, each time building community bonds while becoming patriots and cornerstones in the states where we settle. We have now made our home in Durham, N.C., and we thrive here as we’ve thrived elsewhere. That is our quiet but overwhelming response to hatred…”

In no way am I saying that Duke is perfect. No place is. Nor am I trying to undermine the impact and implications of such hate crimes anywhere. I am, however, confident that Duke’s strength far surpasses any level of fear such actions can put on any community on campus. And, it is that strength that I call “Shosanna Strength” that keeps my fellow Duke students and me happy, even in troubling times. I love it here, and I so hope you decide to come.

I showed this letter to my mentor before sharing it with others, proud of my conclusion and ready to share it with whoever would read it. I waited eagerly for her feedback as she typically shares fascinating insights. This time was no different. She explained how thoughtful the response suggested in the letter was, but expressed concern as to the limits of thoughtfulness.

I asked her to expand as I couldn’t understand how thoughtfulness could be limited. She explained that to people who come from certain background and think certain ways, the letter’s response would be sensible; however, the people who perpetrate hate speech likely don’t think in an even remotely manner and therefore the thoughtfulness may be ineffective. Reflecting on her comments, I recalled my original idea of all bullies as eventually getting bored when they don’t receive a desired reaction. I realized that although this may be how I would think if I were in a bully’s shoes, this manner of thought is far from universal. There are people that think so different from me that even significant amounts of thoughtfulness still fail to address their perspective.

Additionally, while the letter suggested a rational response, it doesn’t acknowledge how hurt or fearful some people felt. It didn’t engage with emotion nearly as much as it engaged with logic. All that is to say that we each think, speak act and learn differently. As the Ancient Parable demonstrates, for some words are effective to change behavior, but for others only action will suffice. What’s most important is that the chosen response is in a manner that best ensures the message penetrates.

There may not be one “best response” to baseless hate speech, but engaging in conversation is a tremendous step in the right direction. While Shosanna Strength and thoughtfulness have their limits, they are important tools to keep in mind during such discussions. And, when these tools supplemented with proper amounts of perspective and emotional awareness, they become even more effective.

Thank you for reading. Feel free to email me your comments at carlins101@gmail.com. I would love to hear from you!