Shoots, Hooking Up, and Getting ‘Cuffed’: a Duke Love Story 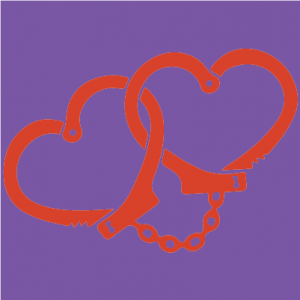 Wearing an old t-shirt and jeans.

The blonde-haired and extremely ridiculous boy quietly analyzed me, watching my facial expression while I was working. He looked at me hopefully, as he whispered, “What is this?” I had never seen him act anything even remotely near coy, but something about that moment was so innocent.

The seriousness hung in the hair, and as a self-proclaimed commitment-phobe, I might have freaked out. Well, if we are being honest, I completely freaked out. “Ummmmm……we are a thing. Like you know like two people ‘just chillin’,” I blabbered to him.

Because I had been promised in coming to Duke, that our culture was one of hooking-up—that we all have so much to do, we don’t take the time to actually get to know the other beyond friendship. We want it all: close friends, amazing grades, great resumes, so where is the room for an emotional commitment with a significant other? We fill this void with physical actions, whether that is dancing at Shooters, one-night stands, hookup buddies, or whatever else fulfills the role of connecting without fully tying ourselves to another person.

Sure, I know people who have dated at Duke. Those people who spend nights with one other person–complete with the candle lit dinner dates, kisses from the west bus stop, and slow walks through the Duke Gardens holding hands–that characterizes actual dating.

Yet, I had never been able to see myself as a part of this ‘dating’ culture. Why? Because I had been hurt in the past, and I genuinely did not want anything to add to my responsibilities on top of being a student. Because I’m just a freshman, trying to find my own place in this university—desperately needing this identity to not be connected to another person. Because being ‘a thing’ seems less public and more ambiguous. Because not dating seems so much easier.

As a population, we Duke students are so afraid of committing, of labels, that we hide behind the uncertainty of being undefined. We are afraid of the time commitment and of being rejected, so we never allow ourselves to date–to sit down and have a simple meal and just enjoy someone else’s company. But in doing this we lose the true connectivity of a dating type of relationship, where everyone else in this kinda-dating, kinda-hooking up culture seems afraid to announce what exactly they want. It seems like everyone here is in the middle of a ‘thing,’ whether you are swiping right, hanging out with someone, or inviting each other to date-functions (WOW, y’all are basically getting married). Yet, this relationship hits a stalemate when people fail to communicate their expectations of what these interactions are, leaving both parties unfulfilled.

So what happens to the young couple at the beginning of this story? Well, after he outsmarted me with flowers on Valentine’s Day and I memed him, I realized that a lot of ‘dating’ is just enjoying spending time that special other person. I came to terms with the fact that I had feelings for the blue-eyed, foolish, passionate boy who never shuts up; but just being a ‘thing’ systematically invalidated any ‘right’ I had to these feelings. So I sent him a text, and I was honest with him. I asked him where he saw this thing going, knowing that sustaining this middle ground would be emotionally unfulfilling for me. He told me that he thought we could build a relationship, and soon after we started dating.

Now, I am not telling the entire Duke population to get ‘cuffed’ (especially if you aren’t ready for a relationship), or for each of you to start scoping out ‘the one.’ Life doesn’t work like that. I am asking for each of you to be straightforward and honest in what you want in a relationship, whether that involved dating, sex, or just a good time. It minimizes the grey area, and makes sure everyone is getting what they want–making things clearer and easier for everyone involved.