If you made it through secondary education in the United States, chances are you read The Scarlet Letter. This American classic has inspired movies and play adaptations, and now laws? Seattle lawmakers have designated food waste the new sin, and their methods for curbing it take a cue from Hawthorn 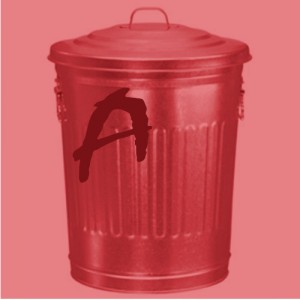 Food waste has become a huge problem in the United States, filling our landfills at a higher rate than paper, plastic, glass or metal. In September, Seattle passed a law requiring residents to compost leftover food. To ensure that this movement catches on, any trash cans found to contain more than 10% recyclables or compostable food will be marked by a red sticker. Anyone who passes can see the sticker, encouraging the homeowner to recycle. The hope is that desire for the good opinion of neighbors will compel people to compost and recycle more effectively, reducing the waste that makes its way to landfills.

The program has an admirable goal, but using shame as a motivator could detract from its nobility in some perspectives. Taxes and other penalties are the usual realm of the government, but in this case they have moved away from economic consequences. Instead of your wallet taking the hit, it is your reputation. They are aiming to change the your neighbors’ opinion of you if you fail to comply with their new standards. Depending on who you are, this is either an improvement on a fine or a much worse penalty. In some ways this is the least invasive way to promote behavior; the government is not really interfering with your life in any meaningful way. For some people, a fine would be much more meaningful and prohibitive, they would rather live with the possible censure of their neighbors than part with some of their hard-earned money. But for others, the good opinion of their neighbors is far more precious and difficult to earn back. This is one sanction that would be felt equally across all socioeconomic classes.   Though any effects would be intangible, this policy of shame could prove a most serious penalty.

One way in which this new punishment differs from a fine is that there is no guarantee that everything will return to its previous condition once the red label is gone. A fine imposed once and then can be forgotten; this new policy of shame could have more lasting effects. In addition, this policy infringes on the privacy of the citizens involved. While the government has the right to examine your trash, by placing the sticker on your trash receptacles they are effectively broadcasting your private information to the world.

And though this process of singling out individuals who fail to conform to the government’s standards starts with composting who knows where it would end. This effective tool is already being applied to a private matter, the crest of a very steep and slippery hill. While most people can agree that composting is inherently good, shame is a powerful new tool in the hands of the government. Who knows where it could lead?  Is it wrong to compel someone to be civic minded? I for one, would be a huge advocate for scarlet letters for dog owners who let their dogs leave presents in the middle of the sidewalk.