After an interview I conducted earlier this week with my interview partner, Idalis, the young man we had interviewed and his uncle asked if we could sit and talk for a while. They wanted to understand our perspective on the Syrian crisis – they asked what we knew about it, what we thought about it, and what other Americans thought. Idalis and I ended up telling them about the problems with the American media, and the ways in which this region, and refugees like them, are falsely portrayed. We talked about how often the media characterizes refugees as dangerous, conflates Muslims and terrorists, and fails to capture the true dynamics of the region, instead painting all of the Middle East as dangerous, destabilized, and overrun by radicals – including Jordan.

In response to our frustrations over the media, the man we were interviewing – a young man of 25, who helps to take care of his three deaf siblings and left Syria with his elderly grandmother – asked us a few questions we could not answer: why is it that the American media does this? Why does it stray so far from truth? What is its motivation in demonizing an entire religion?

Idalis and I looked at each other, dumbfounded and slightly panicked. We could not properly explain away something that, when truly questioned, is appalling. There is no justification for demonizing an entire population, and pretending the majority of people who have fought against or fled from conflict are the same as the small minority causing conflict for extremist purposes. It would make sense to try to raise awareness about a safety concerns if they legitimately existed. However, claiming that all refugees and even all Muslims pose a substantial security threat, and will target and kill Americans while destroying American culture is blatantly wrong, and has been extremely harmful; it has altered the narrative surrounding these people, and there has been a massive spike in cases of white American men murdering people who look like they could potentially be Muslim. It is interesting to note that the media has done nothing to suggest that radicalized “nativist” Americans who have gone on killing sprees could perhaps be more dangerous than refugees, who have committed zero acts of terror in the United States.

Alternatively, a possible reason for the spread of fear and falsehoods is to support a political agenda. To me, that would be worse than doing it for the sake of raising awareness about some extremely misjudged safety concerns, because that would mean that people in positions of power at news agencies like Breitbart and Fox are willfully sacrificing the opportunity for Muslims and refugees at large to feel safe in America for the sake of a political party. I have no idea what values that could begin to reflect, but I know that I cannot support them.

Neither of these answers was good enough, and so the one we gave ended up being frustratingly inadequate. We told them that maybe, it’s the ugly history of racism and xenophobia that stains America continues to permeate so much of society that is to blame, or maybe it is willful ignorance, or maybe it is for the sake of politics that the media does such things. And we tried to assure them that many see past the lies being spread; many Americans, like us, continue to fight for awareness and truth. We seek ways to alter the narrative surrounding them, to ensure that the truths of their humanity, their goodness, and their struggles are heard, but this is incredibly difficult, and we are still learning how to make change.

At its base, this whole exchange was extremely unsettling, because it served as an extraordinarily powerful reminder of how problematic American media is. As American university students to whom refugees have opened up and shared some of the most intimate and painful details of their personal histories, we have not fulfilled our responsibility to investigate why things are this way, who these narratives work for, and what justifications are used to convince individuals that these groups are sacrifice-able. So now, we can use the conversations we have had and the incredible amount that we have learned from refugees here in Jordan, and try to fight against media that continues to devastate people that have already lost so much. 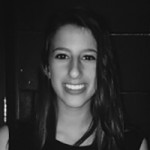