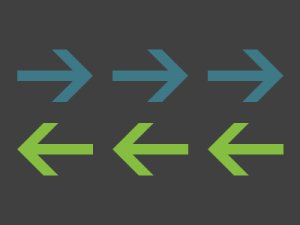 On April 21, 2009, the Onion posted a spoof about U.S employees outsourcing their jobs to workers in developing nations:


Although it was brilliant satire, no one expected it to be prescient, until last week.

A forty-year old software programmer was discovered to have contracted his job to a company in Shengyang, China. An investigation into his browsing history found that his daily “work” consisted of hours on Reddit, cat videos, Facebook, and LinkedIn, while his Chinese counterparts completed his coding projects remotely.

The irony? He paid the Shengyang company only $50,000/year (one-fifth of his salary) and was consistently reviewed by his employers as the company’s best programmer.

Needless to say, the software company terminated his contract.

But on what grounds should he have been fired? Was his stunt a legally or morally reprehensible one?

His employers have made it clear that he illegally passed the Shengyang company private information. Nevertheless, my key issue is why his story strikes us as ingenious, but morally wrong. From the point of view of a college student, “subcontracting” work is definitely an ethical violation. If this post were written by a cash-strapped friend and passed off as my own, then I would not only be violating the Duke Community Standard, but also the expectations as a blogger for the Kenan Institute for Ethics.

But, in the professional world, lines blur. Colleagues help each other with projects. My father, a pathologist, routinely reviews cases of other doctors to give a second opinion. In all companies, work is “subcontracted” to different divisions, various managers, and finally individual workers.

So what irks our sentiments about this case? It’s the sense of injustice. Unlike the aforementioned subcontracting cases, this one is covert and exploitative. It is not that the programmer subcontracted his work, but the manner in which he did it. Watching cat videos and still making $100,000 + under the guise of doing work upsets our American work ethos. Although I begrudge his ingenuity, perhaps I would feel less aggrieved if his time were spent creating code that would improve Facebook rather than spending mindless hours browsing it.

To all those engaged in the risky business of illegal subcontracting, perhaps it’s time for a career change into a certified field — management.