In September 1995, Hillary Clinton was in attendance as First Lady at the  United Nations Fourth World Conference on Women in Beijing. In her seminal speech, she declared, “If there is one message that echoes forth from this conference, let it be that human rights are women’s rights and women’s rights are human rights, once and for all.” It’s a view that Bryan, an administrator at an abortion clinic in Texas shares: “Women’s rights are human rights…I definitely agree with that. I’ve read a lot of books and met physicians who were providing when abortion was not legal, and talked to them about septic abortions, things they saw in that time period We are fighting a human rights battle because the consequences of illegal abortion are so great…”

However, this framework might no longer work; it might not go far enough in this current climate. Today, especially under the Trump administration, it might seem redundant to chime that reproductive rights are human rights. Are reproductive rights really human rights if the House in Mississippi just pushed through a 15 week abortion ban  – the earliest in the US?

While many harmful policies for women’s reproductive rights predate the Trump administration, his administration and the Republican-led Congress have made moves to curtail hard-fought access and rights for women’s reproductive health and family planning services. Kinsey Hasstedt, a senior policy manager at the Guttmacher Institute said, “Coming into year two, these lawmakers are very clearly intent on continuing this all-out assault… And there are lots of reasons to be concerned.”

The problem with the human rights framework, which aligns abortion and reproductive rights as a human rights issue, is that it does not deter the current administration from taking a hard line on women’s reproductive rights. Even with advocates framing this as a human rights issue, the administration has emphasized rolling back on birth control and abortion access. The Trump administration’s draft plan for Health and Human Services, which was first released in October said the federal health agency would be “serving and protecting Americans at every stage of life, beginning at conception.” Traditionally, language around life starting at conception is kept for religious groups and anti-choice advocates, not documents issued by the US government that will help guide federal policy. Additionally, while the current administration has failed to repeal the Affordable Care Act, it has chipped away at Medicaid which could have detrimental effects on women’s reproductive health and rights. Medicaid is of insurmountable importance for women’s reproductive health, paying for low-income births and covering abortion with state dollars. If the government makes it harder for people to access Medicaid, it could result in fewer women accessing reproductive healthcare. Finally, the Trump administration and conservatives in Congress remain focused on defunding Planned Parenthood.

While it’s unclear what the next stage of the abortion debate it, it remains that women’s bodies are a political battleground in the United States. It shouldn’t be the case that after the passing of Roe v. Wade in 1973, women’s access and rights would still be under attack. What we’ve seen – from laws making abortion access harder to anti-choice advocates weaponizing the right to life – is that the 1970s framework cannot stand up to the current political ties. Perhaps it’s time we abandon the framework of abortion and reproductive rights as a human rights issue, and instead begin to recognize it as a constitutional right, to ensure that women in the United States can continue to enjoy their privacy and hard-won right to abortion. 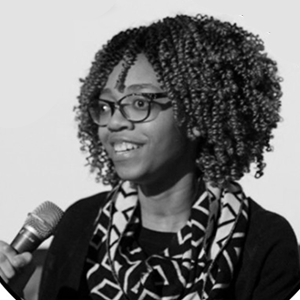