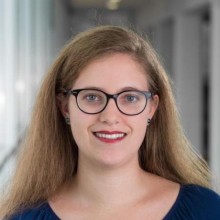 In 2015, four Moroccan men were given suspended two-month jail sentences for drinking fruit juice in a public square in Marrakesh in defiance of the Islamic religious precept of abstaining from food, drink, and other certain other activities during the daylight hours of the month of Ramadan. The hitch was that this act violated not only Islamic religious law but also Moroccan criminal law. In fact, an activist with the Moroccan Association for Human Rights called the judge’s sentencing decision “courageous” in its moderation because the criminal code permitted a sentence of up to six-month incarceration and a heavy fine.

Such laws are not purely an African, Middle Eastern, or Muslim world phenomenon. In 2016, a retired German schoolteacher was fined 500 hundred Euros for bedecking his car in window stickers mocking the crucifixion and advocating killing the pope. In that case, the judge, who could have sentenced the man to three years in prison for defamation of religion, stated that “Freedom of expression is limited by the law.” Blasphemy, according to German law, is beyond the pale.

These kinds of laws are termed religious legislation. They can include but are not limited to personal status law (ie marriage and divorce) and inheritance, restricting speech and the sale of certain foods or alcohol, or promising certain public activities on religious days. While such laws are more common in states that have established a religion or place of restrictions on religion, they can occur without either consideration.

We might think that these laws are just for show. Afterall, the societies that create them are choosing to enact them. They could just be expressing society’s valuing certain kinds of conduct. This is called the expressive function of law. Sunstein argues that “sometimes people support a law, not because of its effects on norms, but because they believe that it is intrinsically valuable for the relevant ‘statement’ to be made.”[iv] It would be comparable to laws on flag burning. Flag burning is not a widespread problem, but people will support sanctions against it to make the point that they do not approve. The law itself, which expresses a sentiment of which people are likely already aware, would not then be expected to dramatically impact people’s behavior.

That runs counter to how we usually think of criminal law. The focus there is often on a rational choice framework. It is theorized that individuals choose whether or not to break a law based on their expected benefit: how likely is it they succeed and how much gain would they get compared to how likely they are to be punished and how severe the punishment would be. In theory, the punishment is set at a level that makes people stop doing things society strongly disapproves. Where the state is using its punishing power to enforce elements of religious law, we would then expect the potential punishment to make people more likely to comply.

It is challenging to know if these laws influence individual behavior. After all, many laws, like forbidding selling cars on Sundays, apply to business or groups, not particular people. We also do not necessarily measure individual compliance with particular laws, like whether or not people drink or borrow money at interest.

To get an initial look at the effect of religious legislation on behavior, I look at the effect of laws enforcing the Ramadan fast on propensity to fast during the month of Ramadan. The Pew Research Center conducted surveys on religious beliefs and behaviors in a large number of countries with sizeable Muslim populations, including observance of the Ramadan fast.[v] Since some of these countries place heavy fines or arrests against violators while others do not, this difference can be leveraged to see what effect these laws can have. These results show that the use of state enforcement power to punish violations of religious law increases individuals’ propensity to comply with religious law. This is particularly evident once states that use the enforcement capacity in the form of police raids and arrests in the absence of a formal legal proscription on violating the Ramadan fast are included.

The Ramadan laws only represents one kind of religious legislation. It is possible other legislation, like laws about blasphemy and interest-bearing loans, influence individuals’ behavior differently. Others, like laws governing marriage and divorce, may not present individuals with the same option to disobey. Nevertheless, these findings are an indication that state efforts to enforce elements of religious law can be effective.