Religion and the 2016 Election 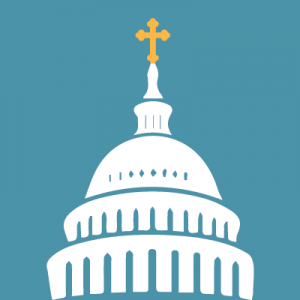 Almost every US President has affiliated himself with formalized religion. Pew Research Polls suggest that it remains important for a majority of Americans for elected official to have strong religious beliefs.

To understand why this attitude exists in American society, it requires us to examine our country’s history and the very reasons America was settled in the first place. In the 17th century, when King Henry VIII killed the Catholic church of England and created the Anglican Church, many were unhappy with this change and wanted to purify the Anglican church. The Separatists, aka the Pilgrims, sailed to America and settled in Plymouth Rock. Not long after, they were followed by the less extreme Puritans who settled in Massachusetts Bay.

The Puritans immigrated here in search of freedom from persecution. The Puritans were infamous having a very strict and structured society driven by the believe of hard work leading to prosperity. John Winthrop, a leader of the Massachusetts Bay Colony is revered for delivering the “City on a Hill” speech that declared the US would be a new land where the Puritans could worship freely. Their colony would be a “beacon to the world,” representing what a Godly community should be.

This was where the seed of American exceptionalism had been planted. Our “Christian purity” has been entwined with our country’s identity since its inception. It is no mistake that our pledge of allegiance includes God, and that our the new President is sworn in on a Bible. Our country was rooted in Christianity and the principles of Puritans lasted long after the colonial area.

As shown by the Pew Poll, religion is still an important characteristic for political candidates and this is supported by the fact that a large majority of Congress members identify as Christian. From the 2016 election, we know that candidates for high office don’t need to portray Christian values, they solely need to look the part. Donald Trump didn’t need to prove himself a Christian, he just needed to claim he was. I find it ironic that Trump couldn’t name his favorite Bible verse when asked in an interview–yet he was revered by many as being a good, Christian man.

It is unclear how many votes Trump earned as a result of his religious convictions, but it is clear that he was largely supported because of his party membership, his maleness, and his whiteness. The latter two factors are advantageous attributes for any candidate for public office in America and they are not-so-subtle reflections of a deeper social ills of racism and sexism.

Sexism, racism, homophobia, and xenophobia are not only rooted in our country’s history but these problems are also rooted in our institutions. They are rooted in our justice system, our legislatures, schools, and surely in our congregations. It isn’t surprising that Trump won a majority of the Catholic vote in the election and there are numerous websites and facebook pages proudly proclaiming “Catholics for Trump.” Is this because Trump represents the Christian values that our nation holds so dear? No. But it is because we have used Christianity to justify narrow-mindedness, bigotry, and fear of outsiders.

The result of Trump’s victory and his normalization of these hateful ideologies have had measurable effects since the election. Across the country, there has been an escalation of vandalism, threats, intimidation, and assault since November.

Surely, this is not the type of City Upon a Hill Winthrop proclaimed America would become.