South Sudan is once again up in flames. After a series of targeted assassinations of rebel officials by the SPLA and ensuing tit-for-tat killings put the capital on edge, full-on fighting finally broke out last week. A siege was laid on the presidential palace during a joint press conference between Kiir and Riek, killing more than 300 soldiers. The situation spiraled out of control quite quickly. Fighting erupted in several neighborhoods around Juba. The following days saw thousands displaced amidst heavy shelling, constant gunfire, and the bombing of several hotels and buildings around town alleged to be rebel holdouts.

Rumors began to fly around town faster than the mortar shells. At first, it was that Riek had attempted a coup against the president. Then, it was that Kiir had attempted to kill Riek and bombed his home. Next, it was that neither the President nor FVP had any knowledge or control of what was happening in the city and were hunkered down waiting for it to pass. The truth is still elusive, death counts have yet to be made, and the whereabouts of Riek are as yet unknown. A ceasefire was announced and for the time being, Juba is calm. Tense, to be sure, but calm.

Soon after the ceasefire was called, the Indian Air Force sent two C–17 Globetrotters to Juba to evacuate the Indians living in country. But of the 550 reportedly living in the capital, only 156 chose to board the planes. The second plane returned almost entirely empty.

I was lucky enough to be added to the whatsapp group run by the Indian embassy which includes all the Indians in South Sudan on their email list. So I’ve been calling around trying to figure out why so many chose to stay. From my previous interviews with most of the mid level guys in town, they had all expressed to me that they were ready to pack their bags and skip town. The economy was crushing their margins and the security situation was becoming unbearable. I thought for sure that this recent flare-up would be straw that broke the camels back.

But instead what I’ve found is that most of those that chose to fly back aboard the C–17 were in fact lower level workers that had been brought in from India by bigger businessmen straight out of college. South Sudan, and Africa in general, as Rajesh from Adjumani told us, is perfect for Indian students with mediocre marks. They wouldn’t be able to compete in India, but if they’re willing to take a cut in standard of living and head off to South Sudan, they could make a killing and send back five to ten times as much money to their families than they could have provided had they stayed in India. But even this income is not worth risking life and so when the opportunity came to jet out, they went. That being said, many have expressed interest in returning to South Sudan should the situation calm down a bit. So this doesn’t spell quite a death sentence for the commercial capacities of Juba.

Those Indians that had come years ago and built their businesses in South Sudan from scratch, on the other hand, chose not to take the flights. Leaving everything they’ve worked all these years for, left vulnerable to the spate of looting that taken over Juba following the fighting? That for them would be paramount to suicide. They’ll stick it out for the next few years, praying for better days and hunkering down through the crises. But they won’t be giving up. For some of these men, who deal with NGO tenders and service internationals and therefore get paid in dollars, the crisis means they’ll be turning over even higher profits than before. International attention follows violence and dollars follow international attention. For a select few, this is boom time.

The other large portion of Indians that had not evacuated are those that are working in the northern oil fields. South Sudan presents one of India’s largest investments in foreign energy supplies and leaving now would be tantamount to surrendering to Chinese interests which are king of the oil fields. Also, with all the airports shut down, it would be next to impossible for these Indians to get down south to Juba where the embassy was evacuating from.

There’s still quite a bit of digging to be done around the changing situation of Indians here and much of the situation on the ground is still unclear. No one is quite sure whether the ceasefire will hold or whether this means a return to war. I don’t think the dust will settle here anytime soon, but Indians may prove to be an interesting barometer in the coming months of the development of the security and economic situation in South Sudan. 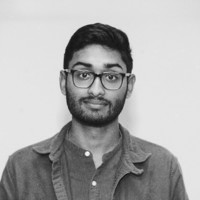