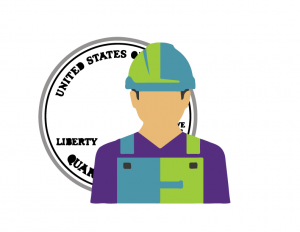 In a 2014 Pew Research Poll, 1 in 4 Americans believed that the main driver of inequality is that “some [the rich] work harder than others [the poor].” In fact, this is still a common belief held by many Americans who protest social service programs like food stamps, welfare and Medicaid. But one of the most contested policies in recent years has been the concept of raising the national minimum wage.

Basic economics shows us that a producer’s first priority is to maximize profit. In the absence of any regulation, producers will often seek to minimize the expenses of production – and this includes paying their workers as little as possible. This was extremely prevalent during America’s industrial revolution, when workers received drastic pay cuts, unregulated by government labor standards.

The existence of a minimum wage, while definitely necessary, is unnerving. In a perfect world, we would expect employers to pay their workers a living wage proportional to the amount and quality of the work they perform. Sadly, this is not the reality. FDR mandated the first federal minimum wage of $4.23 (in today’s dollars) in 1938 under the Fair Labor Standards Act. Since then, the federal minimum wage has reached $7.25, yet the living wage in most areas is double or even triple this amount.

Don’t we have a collective obligation to ensure that all citizens are able to live and support their families  for the work that they do? Oftentimes, this idea is not taken into account by lawmakers responsible for creating labor regulations. In fact, many detest the notion of an increase in the minimum wage because it will result in the loss of jobs and an increase in prices, which is antithetical to improving the lives of the poor.  Others argue that half of those who are paid the minimum wage are workers under the age of 25, and that more money should not be put in the pockets of young people who work in low level, low skill positions.

In a country where the job market has become more competitive and higher education has become a necessity in most career fields, young people are expected to finance their own educations with their $7.25/hour jobs. Since the low wage requires people to work more hours, this leaves less time for other activities, including higher education. The low wage is not only unrealistic during a time of rising tuition costs but also demoralizing for the many young workers trying to earn a degree and work their way out of poverty.

At a place like Duke, where campus wages are typically much higher than the federal mandate, it is easy to forget that many Americans our age are being paid a lot less for the work they do and earning a college degree is a lifelong financial burden. While private institutions are making huge profits, the economy is at serious risk with the increase in student debt. Fortunately, progress and wage reform has begun on the local level. Many states are now raising the minimum wage in increments over the next few years, and places like New York City and Washington D.C. have voted to raise the wage to $15/hour by 2018 and 2020, respectively.

In a 2014 book What Does the Minimum Wage Do? by Dale Belman of Michigan State University and Paul Wolfson of the Tuck School of Business at Dartmouth, findings from over 200 academic papers were considered. Wolfson and Belman concluded that moderate increases in the minimum wage over time had little to no effect on employment and hours, and a substantial effect at raising income for those on the lower end of the wage distribution.

Despite the increasing evidence that incremental wage reform has positive effects on business and the economy, wage reform on the national level continues to be a point of contention. Raising the minimum wage in areas where the cost of living is relatively higher should be the focus of government and state policies, but this also raises multiple questions. What is a fair wage? Is it right to be paid differently for the same work? What obligations do employers have to provide for their workers?