Qualia and the Standard Double Standard 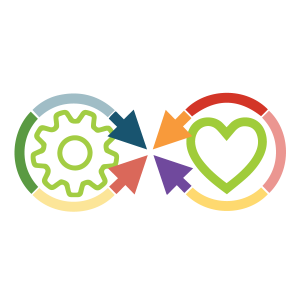 My friend studies philosophy, a field full of theories that I know very little about (as my course of study is the much more practical study of ethics). Recently she explained to me a concept in philosophy called qualia – the subjectivity of experience – that is the source of much theoretical discourse. She listed questions like: How can I know that the way I see green is the way you see it? Doesn’t every person derive different emotions from the same experiences? She explained that these questions make philosophers wonder if people can ever actually relate to others. If we don’t know exactly how others feel, then how can we ever claim to relate with them?

This conversation had three main effects on me: 1. It made my head hurt, 2. It reminded me why I am not studying philosophy and 3. It shoved in my face the limits of rationality. It is on the latter point that this post will focus. Because, despite coming to the logical conclusion that it is impossible to actually relate to others, my heart tells me a contradicting reality… Emotions hold within them some kind of truth that logic can never begin to fathom even in her purest form. These contradicting truths often create double standards in our behavior especially toward those we are more passionate about: toward those we love. And it is here that my story begins…

Just like the Addams Family says so elegantly, my family is not normal. Despite all the petty fighting, the teasing, the peculiarities that, similar to gefilte fish and horseradish, become normalized only after living with and being surrounded by them for years, despite the love shown through eating an extra piece of pita bread, or home cooked challah french toast even though you already told Grandma or Bubbe (Yiddish for grandma) that you are stuffed but she managed to either “not hear” or forget… despite all of this we stick together. We take the cliché mi casa es tu casa quite literally.

I love my family. They help keep me grounded and I am super grateful to have such a tightly-knit one. I understand the importance of them in my life. So, logically it would follow that I treat them the kindest… that I am most forgiving to those who are most giving. However, time and time again despite this gratefulness and unconditional love, I find my family gets me so angry, upset or disappointed over things that I wouldn’t even notice in any of my friends. It’s an emotional reality that logic fails to comprehend.

I hold a double standard, and that standard is not in favor of those closest to me. I often find myself in a feedback loop in which my family irrationally frustrates me, and the fact that I get frustrated frustrates me more until the cycle repeats… And, now since college has empowered me to critically examine myself, I dedicated it is time to unpack this double standard and find the balance between my conflicting logical and emotional truths.

I realize that I am talking a lot in the abstract here so let me give a concrete example of the logic-emotion double standard in action:

My younger sister and I are perfect complements. She is petite, blonde and blue-eyed, and I am tall (on my family’s standards), with brown eyes and hair. I am gifted with academic intelligence, but can use some guidance when it comes to people smarts; whereas, she just gets people but can use some help with academics, particularly with math. This dichotomy has resulted in her coming to me for math help, and me coming to her for help socializing (particularly with girls) ever since math became difficult and girls stopped having cooties (which conveniently was around the same time).

Whereas I would like to think that I was the only person privy to my sister’s girl advice, my sister was certainly not the only person I helped in math. I was a tutor, with years of experience teaching elementary through high school level math. Despite tutoring being far from easy (sometimes tutees would sleep, give-up or just wouldn’t get it), I loved it. Sure, it was frustrating at times, but I never allowed my frustration show. I knew that such frustration would help neither me nor the tutee. I also realized that although I may understand and be fascinated with the reason why log(x) and 10x are inverses and what that meant algebraically and graphically, that my tutees didn’t share that same fascination. And, that was okay. They didn’t need to know why things worked for the test, all my tutees needed to know was how they do. I would tailor my instructions accordingly, such that the breadth of knowledge was prioritized over the depth of knowledge. Even though I firmly believe that from depth of knowledge comes breadth of knowledge, I understood that they didn’t and that I needed to teach in a way they would understand, regardless if it’s not the “ideal way.” In essence, I followed the “logical truth.”

However, no matter how hard I try, I am nearly never able to extend the same courtesy to my sister. It’s unfathomable. With my sister, I am not okay with her not understanding the why behind math. I get frustrated so quickly when she doesn’t pick something up and I give her little help when navigating through a problem set, as I rather empower her to find the solution than enable her with it. I do this even though time and again it results in frustration on both sides, a lack of learning and in the worst cases a total shutdown toward the subject matter.

I understand my hypocrisy in these situations; I acknowledge my double standard and I still cannot shake it. I feel like not enforcing the “why” (despite her general disinterest) would be limiting my sister’s understanding of math. My thoughts go as follows:

I love her, and she looks up to me. Isn’t it then my responsibility to act as a role model to her and give her the most access to knowledge (mankind’s greatest tool)? Plus, if I give her the answers now what will happen once, I return to college? Doesn’t it make more sense to see her struggle, because in the long run it will result in independence? Tough love is acceptable sometimes…

Emotions entirely rule my behavior toward my sister, whereas they don’t even come into play with others. And I struggle to find the balance between the two competing forces. It is so hard to help those you love.

Realizing that finding the answer on my own would prove nearly impossible, I asked someone who has a lot of experience balancing logic with emotions for advice. I explained my predicament to my Grandma…

The more I told her, the more she related to me, explaining that many times in her role as a loving, caring mother she has to balance enforcing discipline with wanting to give love to children and grandchildren. Although this creates a sense of cognitive dissonance, it is something that allows her to be the best mother she can be. Sometimes hypocrisy is necessary, especially when dealing with those we love, Grandma said. She continued it’s finding the proper balance between love and discipline that people always struggle with. That balance doesn’t exist with those you don’t love – those outside your family – which is why you feel so frustrated around your family sometimes. It’s your unconditional love that drives your frustration, and your “double standard.” It’s up to you to find what balance makes sense for you so that you can help your sister and not get frustrated. Either way never stop listening to your heart and your brain. They are both important decision driving forces.

It was one of those conversations that last five minutes but feel like they last hours, because the amount of wisdom gained is that of a lifetime. I knew I chose the right person to talk to.

While I am still working on finding the proper balance of logic and emotion, conversations like this one bring me a sense of tranquility. They remind me that we are all human, and that despite my family on the whole not being “normal,” the way we feel and act as individuals certainly is. So, albeit I am still coming to terms with my double standard, I know it is something healthy. Hypocrisy is not always bad, and being “normal” is not something to always strive for, despite logic concluding otherwise. That is to say, there is a limit to rationality, and that limit is not always something to despise; qualia, although may logically isolate us, brings us together through shared emotions.