Purity on the Rocks 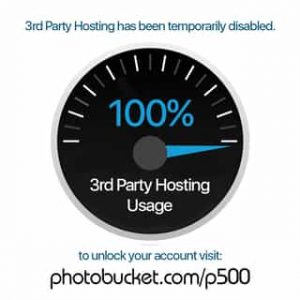 On the way to class last week, I stopped to buy an iced coffee. I drank most of it immediately but left some for later so I could get one more caffeine blast before my next class. I took a drink of my hour-old coffee and found it unpleasantly diluted, sour, and room temperature. I was kind of annoyed at myself; I know that coffee loses its piquancy as it sits, and ice melts. There was not really anything else I could have done to prevent this unpalatable experience. According to business owner Michael Dozois, however, his product could remedy this situation.

Dozois’ two-year old business, Névé, has become wildly successful and is now an essential ingredient for any high-profile event. Névé specializes in “luxury ice,” which can, Dozois says, transform the taste of any cocktail. By using reverse osmosis, “aging” the frozen water for 48 hours, and cutting the ice with painstaking detail, Névé ice is able to chill your drink without diluting it. Although the ice has a simple appearance, Dozois insists that it’s the pure contents of the ice that matters.

Brooding about luxury ice feels more than a bit persnickety. I can see that luxury ice, like pâté or a nice bottle of wine, could really be the pièce de résistance for a classy evening. But, seriously? It’s frozen water, for God’s sake.  “Oh yes, last night I was telling Angelina Jolie about my new custom-made Jimmy Choos when none other than Madonna comes to me with a cocktail on the rocks. I told her I couldn’t drink it, though, because of my pure-ice diet. Can you believe she’s never heard of Névé?”

Who could blame my upper-crust alter-ego, though? She’s trying to go pure – consuming only organic foods to be healthy and eco-friendly. To her, ice cubes made in her own freezer are like Wal-Mart brand ice cubes. In his book, The Authenticity Hoax, Andrew Potter argues that this this organic craze is all in vanity – people are competing to be the most natural. He calls this “a positional good, which is valuable precisely because not everyone can have it.” My alter-ego isn’t really taking part in this ultra-cool trend for her health and the environment; she’s proving moral superiority.

However, I believe that this perpetual quest for all that is pure actually accentuates immorality and ignorance. Mass-produced products are cheap and readily available. Most people can’t afford to live in a pure way; people who live and eat organically are automatically separated economically from those who buy food (and bags of ice) at Walmart. Whoever has the most organic, free-trade, home-grown (and consequently more expensive) diet, has an elevated status because this false sense of moral superiority is subconsciously associated with socioeconomic status. Also, people are not always living as pure as they think they are. It takes tremendous amounts of energy to make a hybrid car; is that offset by gas mileage? Kombucha, an expensive “raw” beverage made of fermented tea leaves, has been linked to several deaths; should we still choose that over a Lipton tea? Névé’s filtering process loses eight ounces of water for every single ounce it uses; is the purity worth it?

I probably wouldn’t get an iced coffee poured over Névé ice spheres – at least not for $2.00 – but there is definitely a market out there for this product, and I wouldn’t mind seeing, or rather tasting, the Névé magic. For now, I’ll let nature take its course and try to drink my beverages before the ice has time to melt.