Pressure to be need-blind: balancing values against rankings 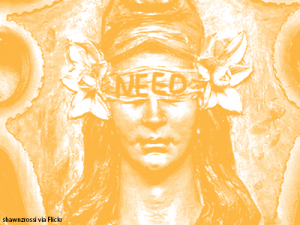 I’m lucky to go to a place like Duke, whose admissions office didn’t turn me away because of my parents’ bank statements. So I was taken aback recently when I read a story about George Washington University that’s been spreading around, regarding their admissions process.

The university has been lying for years that its admissions process is need-blind, but a GW Hatchet article revealed that in reality, they’re need-aware, and financial standing plays a role in the decision whether or not to admit someone. They’ll sort students into three categories: admit, maybe, and deny. Then, they’ll consider the finances of the middle category.

Looking past the fact that the admissions office misrepresented themselves to potential applicants for a long time, the issue raises the question: is it okay to turn someone down because of their inability to pay? And, what pressures universities to make these decisions?

On the need-blind issue, many argue that everyone that quality education is a universal value, and some would extend that to access to quality higher education. At top universities, only 14 percent of the undergraduate population comes from the bottom 50 percent of national income distribution, according to a recent study. It doesn’t seem fair if someone is a solid candidate at a top university but has lower priority on the admit list than someone with lesser merit but higher family income.

However, GW is a private school. It has no formal obligation to omit finances from its admissions rules—that’s what public schools are for. Additionally, GWU has a business to run. The university isn’t blessed with an endowment as large as some schools, like Duke, so they simply don’t have the resources to give substantial financial aid to every single student. If they blindly choose a class made up entirely out of those who can’t pay the full sticker price, how are they expected to bring in money to run the school? They need more people with more resources in order to give any financial aid at all.

This comes just one year after GWU was booted from U.S. News and World Report rankings for providing false admissions data. And they’re not alone; Claremont McKenna College and Emory University have had similar skirmishes with the rankings. Why are schools that preach academic integrity so compelled to resort to dishonest tactics? Well, a study this spring found that if a college goes up one spot on the rankings, their application numbers go up by 1 percent, meaning they become more selective—so the pressure’s on for colleges to climb up that list.

Attracting more top-notch students is the bottom line. Here at Duke, and at many of our peer institutions, they do this by adding to the already enormous pile of study abroad options, renovating facilities, touting interdisciplinary programs, expanding financial aid, and increasing diversity across all demographics.

Going back to the access issue—looking at the pie charts showing Duke’s racial make-up and typical financial aid packages would make any potential applicant think that Duke is an accessible place. If they think GWU has need-blind admissions, they’ll assume the same. So, more top students will apply. But doesn’t this just mean that the schools will have to be more selective, and students who have all the credentials might get cut from the admit pool for something arbitrary simply because the class is getting too big?

Sure, the steps universities take to up their rankings benefit the lucky (and diverse) few who get into the schools. But it does not do much to increase access because they only make the school more selective. As long as U.S. News and World Report rankings are an important factor for college applicants, universities will have to balance their education values and running a business against making themselves desirable by US News’ standards.