The Politics of Reproductive Rights in Ireland and the United States 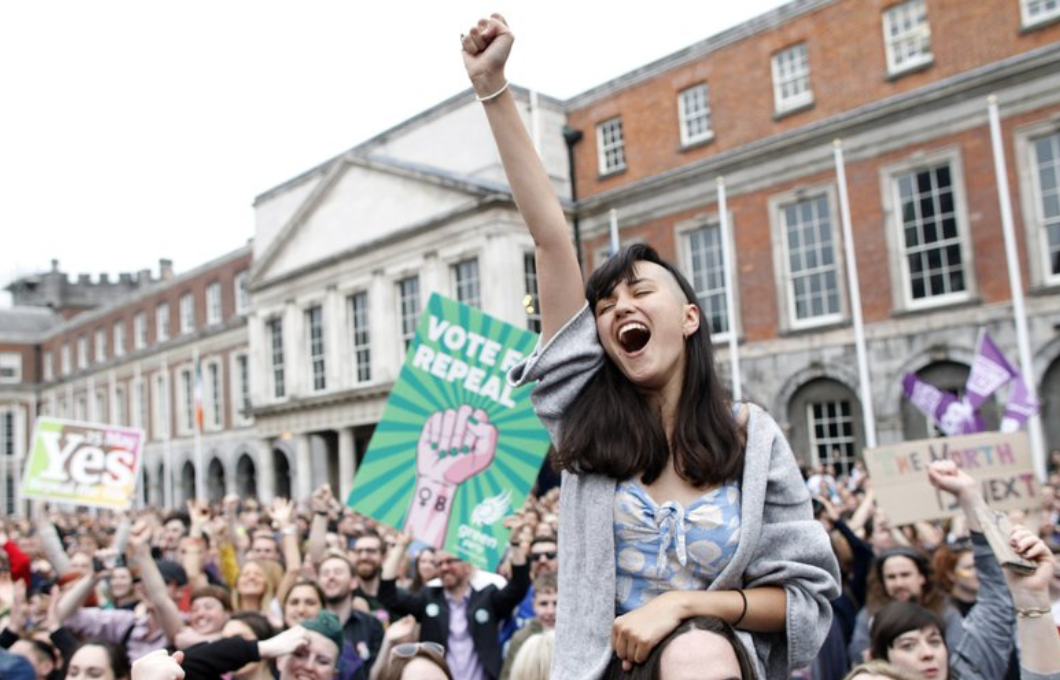 Ten years after the United States Supreme Court, in the landmark decision Roe v. Wade(1973), found a constitutional right to abortion, Ireland incorporated its longtime ban on abortion (except in cases in which the life of the woman is threatened) into its constitution. The Eighth Amendment, which can impose a penalty of up to 14 years of imprisonment, was considered to be the most “draconian abortion restriction in the developed world.” Last Friday, however, the Republic of Ireland overwhelmingly voted by referendum to repeal it.  Although the Eighth Amendment no longer governs the Republic of Ireland, abortion in Northern Ireland is still criminalized. Orla O’Connor, co-director of the Together for Yes group, a pro-choice group in the Republic of Ireland, stated, “This is about women taking their rightful place in Irish society, finally.”

While the repeal of the Eighth Amendment may signify a victory for women’s reproductive freedom, access to safe and legal abortions for women in the United States has become increasingly under attack.  Earlier this month, Iowa Governor Kim Reynolds signed into law what is known as the “heartbeat bill”, a piece of legislation banning an abortion when a heartbeat can be detected, often just six weeks into pregnancy.  With this extremely restrictive time frame, a pregnant woman may not even be aware that she is with child.  Although the Supreme Court has the power to strike down this flagrant violation of the Roedecision, with the rumored upcoming retirement of the moderate Justice Kennedy, and with the oldest member of the court being the liberal Justice Ginsburg, it is very likely that a future Court would uphold the Iowa law.

Currently, every state has at least one abortion clinic; however, it is important to note that access to reproductive healthcare is far from equitable.  Indeed, both geography and socio-economic status largely dictate whether or not a woman can have an abortion. Since abortion restrictions vary by state, a woman unable to obtain an abortion in her home state may be forced to travel to a different state in order to end her pregnancy. Furthermore, 14 states require counseling prior to a mandated waiting period; therefore, forcing women to make two separate trips to an abortion facility.  For a woman without the financial means to travel to a different state or even make an extensive trip within her home state, take time off from work, and find childcare, I am wondering if the constitutional right to “choice” is truly available for all women.