Pentecostalism in Nigeria: A Capitalist Ethic? 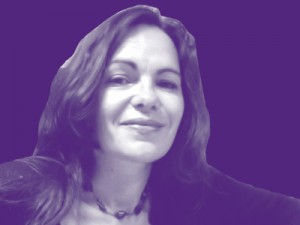 I was able to attend the Religions and Public Life speaker series this evening, in which Ruth Marshall was speaking on “Pentecostalism, Poverty and Power.” She has done ethnographic research in West Africa for many years, and focused tonight on the Pentecostalism movement in Nigeria. She first set the stage by describing Lagos Nigeria as a megalopolis that seems apocalyptic in nature, a place where anarchy, human misery, violence, and crime are prevalent and unceasing. In such a fallen landscape, Pentecostalism can be a response to radical uncertainty, a form of redemption.

An intriguing and quite astounding case study was the Redeemed Christian Church of God, which has 14,000 parishes just in Nigeria and is possibly the largest single landowner. Marshall described RCCG’s rapid expansion as one of empire building. They now also operate a resort space, a private university, banks, and estates (from which you can buy land from their banks). Their headquarters—Redemption City—boasts a space called Holy Ghost Arena that holds one million worshippers! Now there is a push for expansion in North America, an interesting example of reverse mission. RCCG is so connected to the global network that they have modern day moneychangers set up outside the churches, ready to exchange currencies as people prepare their offerings.

I think these examples help portray one of the Marshall’s conclusions. The Pentecostalism movement is hungry for expansion, both the number of souls redeemed and the physical space acquired, so that the space becomes a spectacularized testimonial to their power rather than a local dwelling of community. What emerged was a fitting parallel to the late capitalist ethic in which the creation and capture of more means is the highest ideal.

Look out for a video of the full lecture on the Religions and Public Life website soon, and mark your calendar for next Tuesday when Katherine Marshall speaks on religion and development.