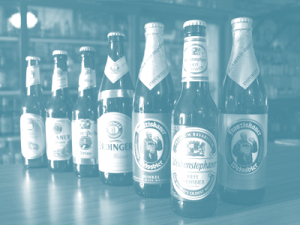 In some city, somewhere in the world, someone is being paid in beer. A program that began in Amsterdam and has since spread to Germany can take credit for this oddity. Participants are drawn from the homeless population of the city, most found loitering in public parks and squares. The Rainbow Foundation, mastermind of the program, offers self-professed alcoholics an allotment of booze in exchange for menial labor. Each day, the participants receive five beers (six if all goes well), half a packet of rolling tobacco, a hot lunch, and 10 euros for picking up trash three times a week on the streets where they used to loiter.

Relations between members of the program and their neighbors have improved significantly. Now that the parks are nearly empty of loiterers, locals look favorably on the workers, greeting them as they go about their business rather than calling for their removal. The initiative has been much more effective than previous efforts that sought to keep out the homeless. That only led to fights with the security guards and some loiterers behind bars temporarily. Whereas now the streets are clean, the homeless have a purpose, and there is even a wait list to join the program. They have a place to go during the day and a sense of camaraderie with their fellow workers. It appears that all they needed was a reason—other than threats—to leave the park.

The city lucks out, but does it really help the participants?

Though they have a “job”, it lacks some basic benefits of employment. It does not afford them much control over their lives because they simply consume a large portion of their income—the beer and tobacco—by the end of every day. Trying to save up with only ten euros a day is pretty close to impossible; they are stuck in the system with no clear path to egress. In addition, by paying the workers with beer, the program has done nothing to decrease their dependence on alcohol. The city finally has clean streets, but are they actually helping the homeless? To an outsider, these people’s situation has not materially changed very much. Should the Rainbow Foundation make a greater effort to lead them to sobriety?

But is this program effective only because of its limitations; would there be a waiting list if there was compulsory counseling? Maybe it is enough that this program improves the self-image of the participants, maybe it is the best that can be done. As Mr. Wijnands of the Rainbow Foundation says, “It would be beautiful if they all stopped drinking, but that is not our main goal,” he added. “You have to give people an alternative, to show them a path other than just sitting in the park and drinking themselves to death.” The concrete benefits of this program have their own value that should stand apart from the maybes and critiques. Counseling programs exist as the best option for many, but not everyone. I think there is a place in our society for many different approaches to this problem and judging one by the standard of another merely serves to limit our options. I’d love to see a beer-fueled cleaning crew on this side of the pond in the future.