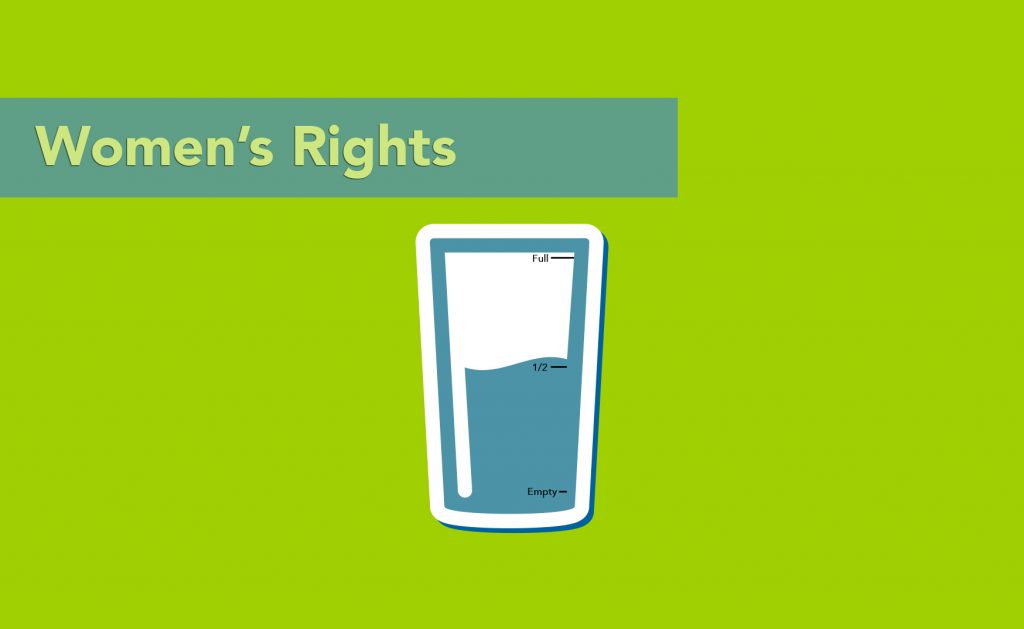 Characteristics of success are too easily assumed in conversations about social change; from commentators to organizers, people involved in social change have real and valid disagreements about what a successful effort looks like and when it is over. It is easy for people outside an effort to use their own metrics of success or failure to decide what to declare the effort.  For example, the Resource Center for Women in the Ministry in the South held a conference of women spiritual leaders in the 1980s.  This conference was characterized by some men religious leaders as unsuccessful because the women were too “radical,” making their arguments less appealing to the men in power. However, the goal of the event may not have been to appeal to the men in power; it may have been to hold an event that builds community for the women involved, which would have changed how to define the event’s success. Organizers can control an effort’s success or failure by maintaining a clear focus on the goals of the effort, and on how the chosen tactics help move the effort towards achieving those goals. Having a clear vision of the goals can help people working for social change avoid burning out and feeling like their efforts are failing.

There are two strands of work that I’ve been doing with the Resource Center this summer: one strand is in the support work that the center does to support feminists in spiritual spaces, and the second strand is in the ongoing protest work the center has been involved in since the inauguration. Both of them are long-term projects, and their clear goals have maintained the work through this summer’s periods of discouragement.

The protest work the Resource Center has been doing this summer has been centered around Tuesdays with Tillis, weekly demonstrations that are part of the work of the Triangle chapter of Indivisible NC. During Tuesdays with Tillis, we have been protesting outside Senator Tillis’ office in Raleigh for various progressive causes to encourage him to block the Trump administration’s agenda. We have also been going to protests every Friday outside the Durham County Jail to protest Sheriff Andrews’ implementation of video visitation and cooperation with Immigration and Customs Enforcement. In these weekly protests, it has been pretty easy to stop believing that the goals will be achieved; both organizations have been protesting for months, without seeing the policies shift the way they want. However, I have understood the goal of these protests to be maintaining a presence that contributes to policy change, rather than directly stopping the president or sheriff. The focus on this goal helps to keep the weekly protests going: there have been protests where the marching has been reluctant, where it’s been too hot to get folks to chant, and where the message feels lost. But knowing that the goal is to maintain a presence has helped me to keep in mind that there is purpose to simply showing up. There are some real communities that have grown from this weekly work.

The support work the Resource Center has been doing this summer has been connecting with progressive spiritual leaders in the area, and finding long-term ways to foster community around LGBTQ spirituality in the area. The goal seems to be to connect and build meaningful community with members of these groups. One of the projects is to find progressive Roman Catholic folks in the area, in response to the conservative, anti-feminist Fortnight for Freedom organized by the US Conference of Catholic Bishops. It’s been frustrating to keep hearing a few names from a few people, while never finding the networks we thought were there. Keeping in mind that the goal has always been to make connections, and that even meeting with people is making connections, helps me to continue working for the Resource Center in its efforts in finding and growing the progressive and supportive communities for feminists in the Catholic Church.

In Andreas Speck’s Movement Action Plan, there is a phase of movement action that is called “activist ‘failure,’” in which change moves slowly, but it still continues. During this period, after the initial response to the “trigger event,” when change moves quickly, it may feel like failure, but the change has plateaued. Perhaps clear definition of goals and success can help organizers push through the feelings of failure into acknowledgement of the value of their work. If we, at the Resource Center, can define our own organization’s success, we can keep our eyes on the goals of the efforts we’re working on. The dangers of imagining that our work is failure seems to come from capitalist desires to measure and regulate success, but a part of our work is taking that power to define success for ourselves as feminists.