One Step Forward, Two Steps Back 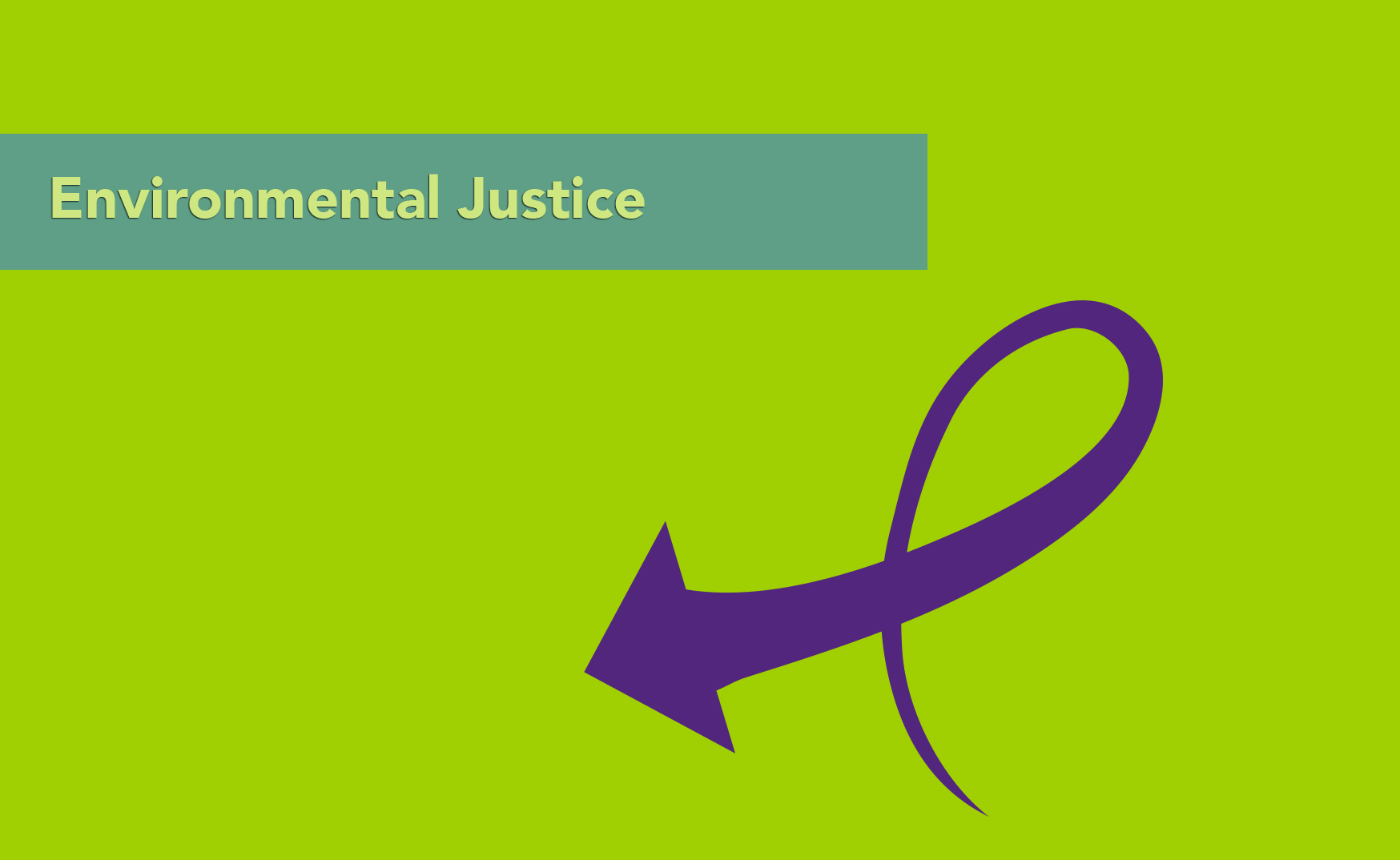 Badin is a small, former industrial town 47 miles east of the Charlotte, North Carolina. This small community of roughly 2,000 people is known for its location near a breathtakingly beautiful lake. The view from the shore fulfills any landscape photographer’s dream: a picturesque blue lake bounded by the vibrant, green trees of the Uwharrie National Forest along its shorelines. Nature photography is perhaps the safest form of recreation on this lake, however, because beneath the surface of this idyllic scene environment the water is contaminated with toxic waste.

I visited several of such communities across North Carolina during my internship. Each has its own unique natural beauty that is marred by pollution that isn’t immediately apparent but creates injustices for the communities nearby. Almost all of the communities near these contaminated sites are historically low income communities of color. Such a distinct pattern makes it apparent that these aggressive and polluting Industries did not choose these areas by mistake; rather these areas were selected because the local community had little power to protest at the time and even now they fight a war of attrition to get industry and government to clean up the environment. In this war of attrition, time is on the side of the polluter and many of the organizers are in their late fifties to seventies. They tell stories of how they have fought these issues their entire life and are frustrated by the younger generations’ lack of interest engaging in these battles. Life with pollution is all the younger generations have ever known and it is up to the older guard to continue on organizing for justice and motivating younger folk to join their ranks. Thus, success and failures in their fight for environmental justice must be measured not only by the ultimate goal of a clean environment but also in the smaller incremental successes and failures of recruiting new members, getting the attention of the public, and building and sustaining a collective community along the way.

The ultimate goals of cleaning up communities require sustained organizing and a commitment to an extensive campaign. Many of the contaminated sites have long histories of industrial pollution although some are the product of more recent shifts in industrial production. Both present significant challenges for organizers seeking to have the injustices that result remedied. Two communities that represent either end of this spectrum of industrial pollution were the centers of ongoing campaigns with varying levels of success during my summer internship. The beautiful and contaminated lake described above is the site of environmental injustices begun well over a century ago. Badin was created in 1917 as a mill town whose residents staffed an aluminum smelting plant owned by French industrialists. The plant was eventually acquired by a US-based company, Alcoa that owned and operated the plant until 2007. The plant produced 115,000 metric tons of aluminum per year during its peak. High production also produced large amounts of toxic waste that has leached from the unlined areas where it was stored and is now found in groundwater and surface waters in this community. Water testing shows that cyanide, fluoride, and PCBs are present in the underground aquifers as well Badin Lake and a nearby creek, threatening the environmental health of the neighboring community that depends on these resources for drinking water. The injustices go beyond the water contamination even and extend to community resources. On either side of NC Highway 740, the main road of the town, there is a stark difference between the predominantly white East Badin with its public library, school, and golf club and the predominantly black West Badin with its former smelting plant and unlined landfill of toxic waste.

On the other end of the timeline of environmental injustice is the relatively recent phenomenon—within the last thirty years—of pollution associated with concentrated animal feeding operations (CAFOs) in Duplin County, North Carolina. It is a small, rural county in the eastern part of the state made up of predominantly farmland. The county has always had agriculture but in the past three decades a system of industrialized livestock agriculture has overtaken the county. Duplin County is the largest hog producing county in the United States raising nearly 2.3 million hogs that generate as much waste as the entire city of New York. The animals are “concentrated” into large barns with grate floors that allow the waste produced to fall through and be flushed out of the barns into unlined lagoons for storage. These lagoons do not treat the waste; they are essentially storage containers for the waste until it can be sprayed onto fields as an “organic fertilizer.” The communities and residents who live near these farms must deal not only stench associated with such large amounts of concentrated waste but also with the persistent threat that the lagoons will fail or breach and with the impacts to nearby streams and creeks when the waste runs off the agricultural fields. Much like the residents of Badin, the residents of Duplin County must worry about their drinking water as Eastern North Carolina has a high water table and thus the waste could be leaching into the soil and polluting the groundwater. And the local aquatic environment suffers as well—the waste affects freshwater species in the nearby surface waters and then ultimately runs out to the ocean harming many marine species.

In theory, solutions to the problems experienced by the Town of Badin and Duplin County already exist, and they should be quick and simple to implement: stop the source of the pollution and clean up the sites where pollution is located. That simple but as of yet unattainable goal for each community is how the organizers and coalitions measure their success. What I noticed, however, during my internship is that there are many little outcomes along the way to reaching that goal that can speak to the success or failure of their efforts. Local groups such as the Concerned Citizens of West Badin (CCWB) and the Rural Empowerment Association for Community Help (REACH) in Duplin County started from scratch to build their case. They not only had to identify the problem, but prove that the pollution is harmful and negatively affecting their lives. By partnering with universities for research and nongovernmental organizations such as the Southern Environmental Law Center (SELC) and the North Carolina Environmental Justice Network (NCEJN) for legal and advocacy support, they have been successful in developing a clear case of injustice. Historically, these issues often go unnoticed by the general public, but when people are able to raise awareness, these cases garner the attention of wide audiences bringing these issues closer to success. For example, regional news has covered the Badin Alcoa plant over the last several years shining a light on the legacy of Alcoa. Furthermore, CAFOs in North Carolina has become a nationally recognized environmental justice issue, and a battleground for the state government, pork industry, and local residents. Thus, CCWB and REACH are successful in having problems identified and noticed by the public and government agencies and they are also successful in recruiting other organizations and institutions to aid them in their work.

In spite of these incremental successes, these on the ground injustices have not yet been resolved and have in some cases have been even more deeply institutionalized. The research, awareness, lawsuits, and other types of community mobilization are all steps forward, in the direction of that goal but every step is often met with a forceful response from industry. For instance, this summer I watched as, after many successful nuisance lawsuits against Smithfield, representatives of the Pork Council lobbied NC Legislators to pass a bill limiting the amount of money residents could recover for their loss in property value and their loss in the use and enjoyment of their homes in these nuisance cases to the monetary worth of the home in which the plaintiff resides, which has undoubtedly been impacted by the location of the nearby CAFOs. The community was successful in convincing Governor Roy Cooper to veto the bill, but the General Assembly overrode the veto. It is in these moments when the communities move a step forward only to be pushed two steps back that groups like CCWB, REACH, SELC, and NCEJN are faced with the difficult tasks of sustaining a movement. The folks who have been fighting these battles are burning out, aging, and moving away when they can. How do we maintain the attention of the general public? When the system has failed us and the odds are against us, how do we find justice?

Legal scholar Douglas NeJaime (2011) argues that over time legal losses in movements for social justice can eventually lay the groundwork for big wins. An example are the many cases brought in the decades leading up to Brown v. Board of Education in the fight for civil rights and more recently, the cases leading up to Obergefell v. Hodges in the fight to legalize gay marriage. This pattern, he argues, is how social movements win by losing. And though in some issues areas losses naturally lead up to an eventual big win, for environmental justice in North Carolina, many wins seem to be followed by even heavier losses. Are these communities losing by winning?

At the end of the day multinational, multibillion dollar industries are profiting off the backs of poor communities of color who bear the costs of polluted environments. This is intolerable, so we are left with the profound duty to do something about it. Those who have been working on these issues for decades recognize that this is long and oftentimes difficult work yet they still find ways to keep going and live fully. For we know, that the arc of the moral universe is long, but it bends toward justice.