On the Origins of Behavior and Ethics: Leadership, Star Wars and Model UN Inspired Discovery 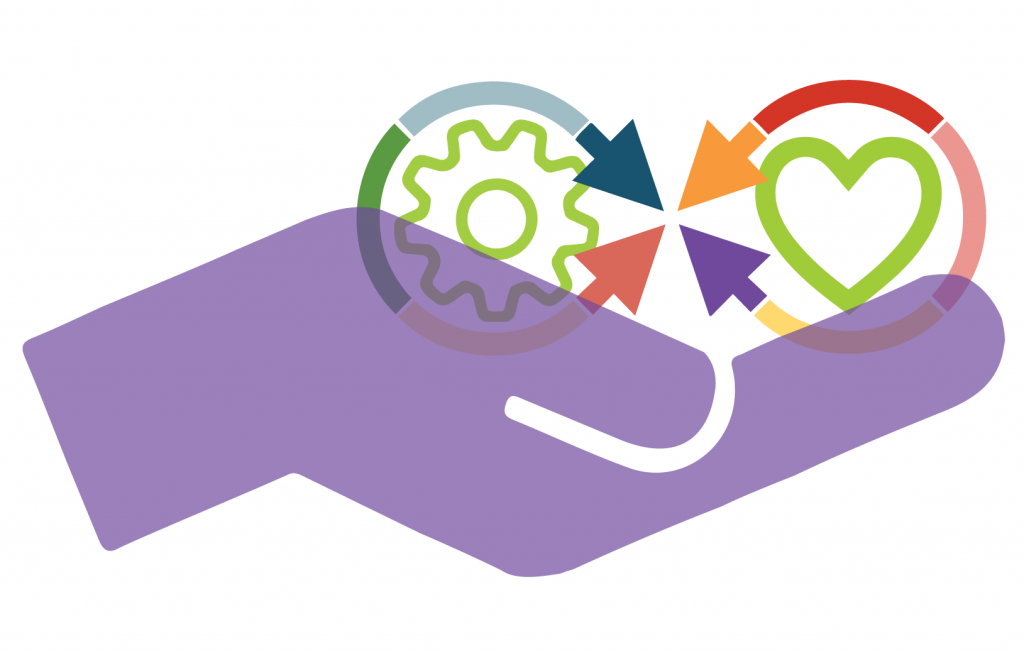 My previous blog posts spoke about balancing emotions with logic. They pulled off of the common assumption that human behavior and ethics is driven by interaction of logic and emotions. However, when writing about my family, I found that the “double-standard I hold them too” defies both logic and emotions, often leaving us frustrated. Since writing that piece, I have been trying to determine what else, if not logic nor emotions, could be driving my behavior in these circumstances. Conversations in class and participating in Model UN these past two weeks helped me determine what that something else is: values…

“Leadership is something that can be taught,” exclaimed my co-professors during the first meeting of my “Border Crossings” class. I took this to be a radical idea, always considering leadership as something people are born with. Just two weeks later I am already beginning to see the flaws in my assumption. Our most recent conversation on the ethics of leadership broadened my perspective. During this particular class session, I decided to be more of an observer than a direct contributor and what I picked up from the conversation has boggled my mind ever since.

Kant and Rawls were both introduced in class as philosophers concerned with equity, universality and ethical duty. They both view the world through a primarily logical lens, a lens that even goes as far as ostracizing emotions and emotional justifications. Both Kant and Rawls speak about how volatile emotions are relative to steadfast logic and use that volatility as reasoning behind rejecting emotional decisions.

After explaining this, my professors opened the class for discussion. Some people agreed with the hyper-rational philosophies explaining how logic allows for stability and security; whereas, others criticized Kant and Rawls as rejecting the very thing that makes us human: emotions.

The debate between logic and emotions continued with people arguing in favor of one or the other. I sat quietly pondering advice a mentor gave me last Summer… “one’s logic is based in emotion. People use rationality to veil their emotions, and it is only once you talk to these underlying emotions that you can really communicate with someone. That is the difference between talking and communicating: the consideration of emotion.”

The class ended without coming to a consensus and two weeks later, I am still searching for such conclusion, as I Kan’t entirely connect with either the logical or emotional perspectives…

However, the more I posit these discussions and perspectives, the more I feel that the black-white dichotomy created by emotion vs. logic discussions is both limiting and inaccurately reflects the motives behind human behavior, and more importantly human ethics. There are times that I act in a manner that is both illogical and not in the interest of my emotions so there must be some other driving force to behavior. These past two weekends I participated in Model UN (first as a judge and then as a participant), an experience that neither is the most logical use of my time, nor makes me feel particularly happy in the moment, as there is quite a bit of stress and energy expelled in the process. Amid the stress, the long hours of debate and the peculiarities involved in any Model UN experience, I was determined to figure out why I choose to continue my involvement in Model UN, despite both logic and emotions advising me otherwise.

Allow me to set the stage for you…

There’s only one place in the world outside of a Star Wars convention that a college senior would have a heated debate with a high school freshman regarding Star Wars lure: Model UN. Two weekends ago I was lucky enough to be chairing (model UN term meaning judging and facilitating) a fantastical Model UN committee on the Revanchist Dominion (one of the three main factions in Star Wars). It was our job to take over the galaxy by fighting off the Republic and the Sith Empire (the other two factions), which required both diplomacy and disagreement. The committee featured high schoolers from all over the United States, each representing a different character in the Star Wars universe. Admittedly, I had no prior knowledge of Star Wars; however, after a weekend of passionate debate I can proudly explain the entirety of the Star Wars Universe to anyone (well, not quite).

The entire time I was chairing, I kept wondering how my committee members were able to maintain such passion, despite this debate being entirely fantastical. I also wondered how I mustered up the drive to continue calling on delegate after delegate, speaker after speaker. Sure, committee is fun in the beginning but after 15+ hours of debate, an ever-shrinking fascination with the debate topic and an ever-growing mountain of schoolwork to do it is both a logical and emotional struggle to continue. And yet I did continue to chair, and I continued without regret.

One week later, I find myself sitting in Le Sheraton in Montreal preparing for my first committee session as a delegate of McGill University’s college Model UN conference (aka McMUN). My assigned position: Carlos Leon (a Venezuelan poet) in a historical committee focused on democratization of Venezuela post WWII- if you think high schoolers getting passionate over impersonating fictional Star Wars characters is fascinating, imagine college students getting passionate over impersonating historical Venezuelan intellectuals.

I understand that my participation in this conference has already consumed a large number of hours of preparation work, will take up my entire weekend, and will take a temporary toll on my emotional wellbeing. I also understand that if I were particularly interested in learning about the history of Venezuela (which now after preparing for debate, I can say is worth studying), I could learn it in twice the amount of detail in half the amount of time relative to what I will learn in the 20+ hours of debate. It’s both an illogical and an un-emotional decision. And yet despite knowing this, I continue to participate in Model UN, and I do so without regret.

So, if neither logic nor emotions are driving my behavior, what is? I pondered this for quite some time, relating it back to the conversation in my Boarder Crossing class. Could there be a flaw in the logic vs. emotion debate?

After some reflection, I boiled down my decision to continue with Model UN to three root causes:  1. Model UN had a significant impact on me in high school so participating in debate gives me a sense of nostalgia while chairing debate is a way for me to give back what has given me so much. 2. I am genuinely curious by how passionate some people get during debate while playing sometimes historical and fictional roles. 3. On each Model UN experience, I hope to meet new people that are worthwhile to keep in touch with.

In the midst of long, redundant and repetitive debate (yes pun intended) that brings with it a sense of emotional volatility when someone proposes or does something ludicrous, I thought about these causes: nostalgia, giving back, curiosity and hope, trying to determine what they all shared besides leading me to behave in a way that contradicts both logic and emotions.

I raised this question to friends of mine from high school who also continue to do Model UN in college (and coincidently were at the same conference). Their answer: values. That single word has since opened my eyes to a refined theory on human behavior, one based in balancing one’s logic, emotions and values in making decisions. Rather than viewing human decision as black-white, logic vs emotions, I now believe there is a third category that people consider when making decisions, their values.

In this case values are defined uniquely with great nuance. Under this model of behavior, values are given a specific purpose, a purpose different from that given to logic and emotions. Namely, values differ from logic in that they are not based in rationality and they differ from emotions because they are not volatile, nor focused on the short term. Values, unlike emotions (which are primarily informed by one’s nature) and logic (which is primarily informed by one’s nurture) are informed by both one’s experiences and their nature. Values encapsulate phenomenon like love, hope, trust, faith, and loyalty and their opposites.

Put differently, whereas logic comes from learned intelligence and emotions come from one’s reaction to spontaneous stimuli, values come from experienced wisdom. In fact, I did some research what makes values different from emotions and logic and found that English already linguistically separates values from emotions. Whereas we say that we feel emotions (I feel happy, sad, mad etc.) or that we have enacted logic (I have determined, deduced, implied etc.); we say that we are fulfilled by or that we embody our values (I am hopeful, I am faithful, I am loyal, I am in love). The linguistic difference becomes even more pronounced in languages like Spanish which use an entirely different “to be” verb when describing one’s emotions vs. one’s values (ie. Estar vs. Ser). While this linguistic difference may seem arbitrary, its impact on one’s behavior is undeniable. Values are certainly a driver of behavior independent of both logic and emotions.

From these last two weeks of Model UN, I have come to conclude that human behavior and ethics is driven by three influences working together, not two in an ongoing power struggle. These influences consists of logic, emotions and values, each influencing behavior simultaneously and differently in given situations. To put it simply while making good use of my newly enriched knowledge of Star Wars, one’s behavior and ethical code are constantly influenced by emotions, logic and values that, similar to the Revanchist Dominion, Republic and Sith Empire, each have different sources, motives, and goals. And, just like in the movies and in committee, although at times they may work together, they also may contradict one another. It is up to the author (the individual) to decide which wins out in a given circumstance.

Ethical, authentic leadership requires one to consider his or her logic, emotions and values. It requires people to be independent thinkers in touch with their heart, their brain and their purpose. Realizing this was truly crossing a boarder into a new perspective on behavior, one that emphasizes value-based truths along with logical and emotional truths. What a well-named class, I thought, realizing how happy I was to have had a discussion on Leadership and the value of Model UN.