Is the New Miss America Competition Still a Pageant? 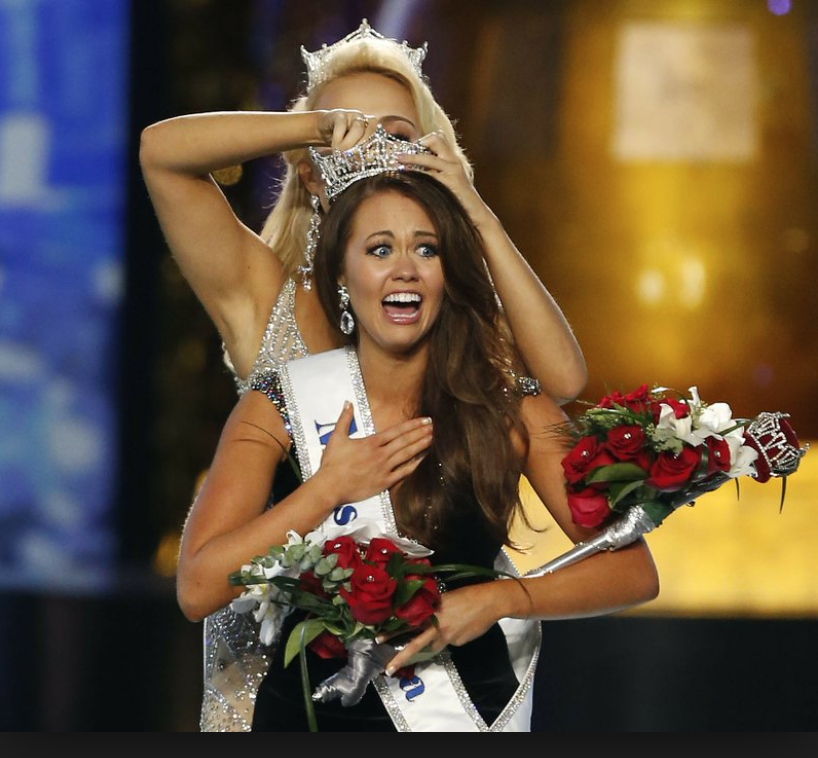 Just last week, former Fox News anchorwoman, and recently appointed chairwoman of The Miss America Organization, Gretchen Carlson, announced that the nearly century-old pageant would no longer include a swimsuit or evening gown competition.  She stated, “We are no longer a pageant. We are a competition. We will no longer judge our candidates on their outward physical appearance.”  Carlson, one of several women who accused former Fox News CEO Roger Ailes of sexual harassment, explained that the decision to scrape the swimsuit competition was motivated by the #MeToo movement.  Moreover, it seems to follow the progress the organization has made towards encouraging women of different races, backgrounds, and sizes to compete for the crown.

After learning of the competition changes, I immediately thought about the 1969 Miss America protest, one of the highlights of the second-wave feminist movement.  Often referred to as “No More Miss America!”, hundreds of women gathered on the Atlantic City Boardwalk, right outside the contest hall, to protest the limiting and demeaning concept of femininity that they believed the pageant epitomized. In addition to intruding on the pageant, wielding a large banner reading “Women’s Liberation”, protestors set make-up, cleaning supplies, and bras ablaze in a “freedom trash can.”  Fun fact: this is where the “bra burning” feminist trope originated.  At the same time and place as “No More Miss America!”, civil rights activists crowned the first “Miss Black America” in order to demonstrate that women of color had been excluded from the Miss America title.  It was not until 1983 that Vanessa Williams became the first African American woman to be crowned Miss America. She was also the first Miss America to be subjected to hate mail and death threats.

Despite previously banning women who had abortions, and still banning divorcees, married women, and mothers, The Miss America Organization has attempted to emphasize “empowerment.”  The elimination of the swimsuit competition seems to align with this mission.  Indeed, the organization is “the nation’s leading advocate for women’s education and the largest provider of scholarship assistance to young women in the United States.” Welcoming the recent change to the pageant, Nancy Redd, a graduate of Harvard University, holding a BA in Women’s Studies, and the winner of the 2003 swimsuit competition writes, “rebuking swimsuits, as Miss America has done, along with nixing the evening gown competition, means that essentially the original purveyor of American beauty standards is saying #EffYourBeautyStandards.”

Although much of the glory traditionally associated with the Miss America title may have ebbed, as viewership has drastically declined, and there are many more influential female figures today, it is still one of the two largest pageants in the United States. Moreover, approximately 2.5 million American girls and young womenparticipate in over 100,000 pageants each year.  It will be interesting to see if the changes to the Miss America competition affect American society’s perception of womanhood.