The NC Jewish Studies Seminar (NCJSS) offers a stimulating and exciting forum for academic engagement on Jewish history, culture, and religion.  Since its inception in 2001 under the name Duke-UNC Jewish Studies Seminar, the seminar has brought together faculty, graduate students, and internationally renowned scholars to discuss cutting-edge work in Jewish Studies. Meetings are held monthly, and papers are distributed in advance for all to read.

The NCJSS is a collaborative partnership of Duke, NC State, UNC-Chapel Hill, and Wake Forest, with participants coming from universities and colleges across North Carolina. Closely coordinated with the NCSU and UNC-Chapel Hill public lecture series in Jewish Studies, the seminar enriches the scholarly climate in the area and strengthens the Jewish Studies programs in the local universities. To read an example of a past seminar, see this blog post from scholar and novelist David Halperin, which also includes video of panelists. 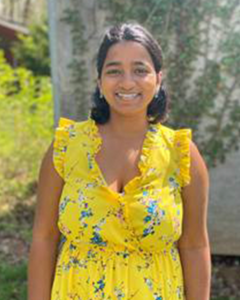 The concept of mezonot (often translated as “maintenance”) in rabbinic texts refers to the food allowance provided to household members labeled as dependents. Although mezonot later becomes synonymous with a form of benevolent support, this paper explores the earlier legacy of this concept as a non-monetary compensation provided in the context of domestic labor exchange, whether between husband and wife, father and child, or employer and laborer.

Pratima Gopalakrishnan is the Perilman Postdoctoral Associate in Jewish Studies at Duke University. She is an historian of labor and gender in late ancient Jewish society. Her current research focuses on the relationships that govern the exchange of work and support within the household. 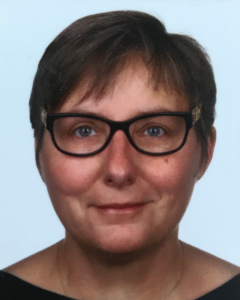 This lecture will explore the unique case of the maskil Isaac Satanov (1732-1804) and his harmonious combination between Jewish tradition, natural sciences and kabbalistic ideas as exemplified in his treatise Imre Bina (Words of Understanding), printed in Berlin in 1784. We will discuss the variety of his sources, his hermeneutical strategies in interweaving the different corpora, and his intellectual and pedagogic aims. Complex figures like Satanow and his contemporary Salomon Maimon challenge our widespread perception of the Jews’ entrance into modernity via rationalism, assimilation and secularization; therefore, we must question those parameters and chose our methodological approach(es) with great care.

Elke Morlok is the Lilli and Michael Sommerfreund Visiting Professor at the Hochschule fuer Juedische Studien in Heidelberg. She completed her doctoral dissertation under the supervision of Moshe Idel at the Hebrew University Jerusalem on “Rabbi Joseph Gikatilla’s Hermeneutics” (published in 2011 with Mohr Siebeck). Her habilitation (second book) at Frankfurt University on “Kabbala and Haskala. Isaac Satanov (1732-1804) between Jewish erudition, modern physics and Berlin Haskala” will be published November 2021 with De Gruyter. She has published various articles on Jewish mysticism, Christian Kabbalah, gender issues in Jewish studies, Gershom Scholem and Jewish Enlightenment. 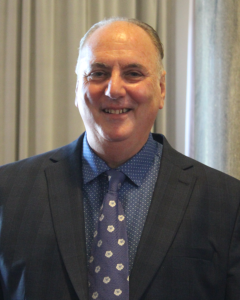 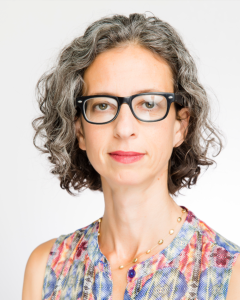 Freud described the animal udder as an “image intermediate between a nipple and a penis.” Because the udder hangs down from the undercarriage of the cow, it appears to the human eye like a penis. Freud invokes the udder in two case studies, Dora and Little Hans, and it inspired him as he developed his theory of castration anxiety. In this paper I begin with Freud’s view of the udder as a helpful point of entry into classical rabbinic discussions of the udder. Joining recent efforts to recover maternal visibility in the narration and production of Jewishness, I look to the animal mother as an even more occluded yet still powerful figure.

Beth A. Berkowitz is Ingeborg Rennert Chair of Jewish Studies and Professor of Religion in the Department of Religion at Barnard College. She is the author of Execution and Invention: Death Penalty Discourse in Early Rabbinic and Christian Cultures(Oxford University Press, 2006; winner of the Salo Baron Prize for Outstanding First Book in Jewish Studies); Defining Jewish Difference: From Antiquity to the Present (Cambridge University Press, 2012); and Animals and Animality in the Babylonian Talmud (Cambridge University Press, 2018). Her area of specialization is classical rabbinic literature, and her interests include critical animal studies, Jewish difference, and Bible reception history. She is currently working on a project entitled What Animals Teach Us about Families: A Study of Four Biblical Laws and Their Afterlives that offers an interpretive history of the four “animal family” laws of the Pentateuch. 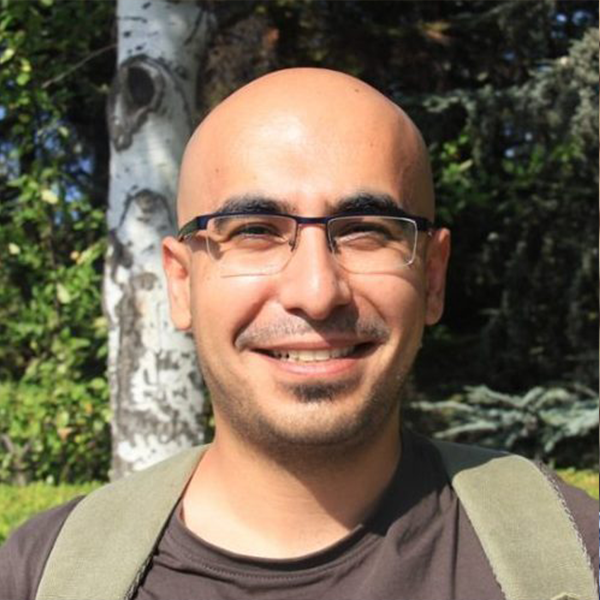 Semih Gökatalay, PhD candidate, UC San Diego: “The Levant Fair and the Promotion of Tel Aviv as an “All-Jewish” City in the Interwar Period”

Semih Gökatalay is currently a Ph.D. candidate in history at University of California, San Diego. His dissertation is a political and economic history of the modern Middle East during the transition from the Ottoman Empire to nation-states. It explores the development of private and indigenous interest groups in the Middle East vis-à-vis state authorities and international capitalist classes. 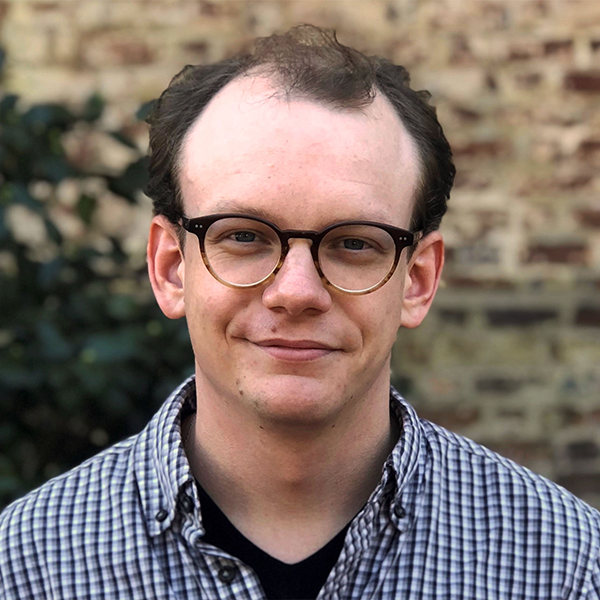 Oskar Czendze is a PhD Candidate in the History Department and a TEP Fellow at the Carolina Center for Jewish Studies at UNC Chapel Hill. In 2021-22, he is a graduate fellow at the Center for Jewish History in New York. His research focuses on the cultural and social history of Jews in East Central Europe and the United States, Jewish migration and questions of memory, belonging and place in the modern era. Among his recent publications is “Between Loss and Invention: Landsmanshaftn and American Jewish Memory in the Interwar Era,” Dubnow Institute Yearbook 17 (2018): 35-56. 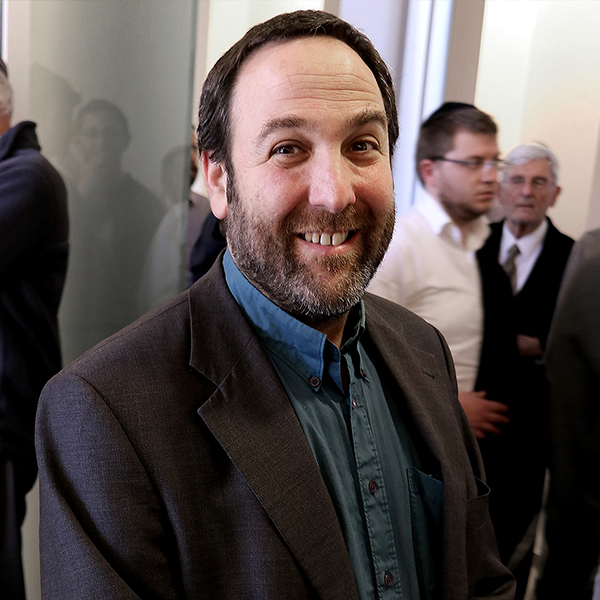 Leor Jacobi is a Post-Doctoral Research Fellow at Bar-Ilan University. Leor’s interdisciplinary research interests, publications and talks range over Rabbinic Literature and Medieval Art and he has given presentations in Europe, America, Israel, and Abu Dhabi. He is currently the recipient of a Humboldt Stiftung Fellowship at University of Mainz, Germany, researching Manuscript fragments extracted from Medieval book- bindings in Girona, Catalonia. Leor is based in Jerusalem and can often be found loitering at the National Library of Israel. 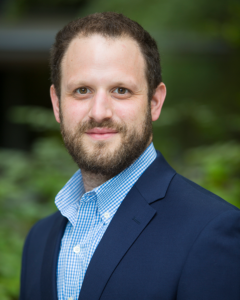 In July 1942, the Jewish National Fund (JNF) published the first of five separately themed Zionist songbooks produced for an American Jewish audience, under the title Classified Palestine Songs. The songbooks were published following the historic 1942 Biltmore Conference, which offered the first consensus platform for defining communal American Jewish efforts to help Zionists in Palestine and were part of a greater body of JNF propaganda, educational and fundraising materials developed for American Jewry during the Yishuv period.This paper explores the use of Hebrew music from Palestine in the JNF’s greater efforts to build a robust donor base and spheres of support amongst American Jewish communities during the during the pre-1948period, both crucial to the success of the Zionist enterprise in the later years of the British Mandate. By the conclusion of WWII—contrasting the decimation of Europe, European Jewry and the associated fundraising markets—American Jewry donated to the JNF at higher rates than the rest of the Jewish diaspora combined. Simultaneously, the JNF contributed to the development of Hebrew national culture and transnational Zionist engagement in America during the decades prior to Israel’s establishment and beyond. The JNF were central in establishing still operational frameworks for American Jewish engagement with Zionist institutions during the pre-1948 period, in part through activities like singing Hebrew songs and donating to Zionist land interests in Palestine.

Eli Sperling has traveled and conducted research extensively throughout the Middle East, spending significant periods of time in Israel, Cairo and the Sinai Peninsula. He holds an MA in Middle Eastern history from Tel Aviv University and received his PhD from Ben-Gurion University of the Negev in September 2019. From 2012-2020, Eli served as the Senior Academic Research Coordinator at Emory University’s Institute for the Study of Modern Israel, where he also taught as a guest lecturer at the Tam Institute for Jewish Studies in 2019-2020. His current research focuses on the proliferation and use of Hebrew music from Palestine in the American Jewish community between in the pre-1948 period. He investigates how this music played a role in a greater process through which varying aspects of Zionist though, engagement and national culture became enmeshed in American Jewish life. Since June 2020, Eli has served as a Postdoctoral Associate in Duke University’s Department of Asian and Middle Eastern Studies and Center for Jewish studies. 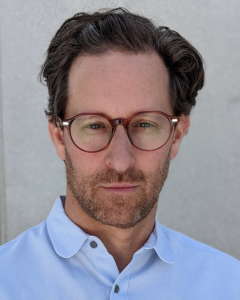 David S. Koffman is a cultural and social historian of Canadian and U.S. Jewries. He holds the J. Richard Shiff Chair for the Study of Canadian Jewry and an associate professor in the Department of History at York University in Toronto. His first book, The Jews’ Indian: Colonialism, Pluralism, and Belonging in America, won a 2020 Association for Jewish Studies’ Jordan Schnitzer Book Award. His newest book project, an edited volume entitled No Better Home?: Jews, Canada, and the Sense of Belonging, was published by the University of Toronto Press in early 2021. He serves as the Associate Director of York’s Israel & Golda Koschitzky Centre for Jewish Studies, and as the Editor-in-Chief of the journal Canadian Jewish Studies / Études juives canadiennes. 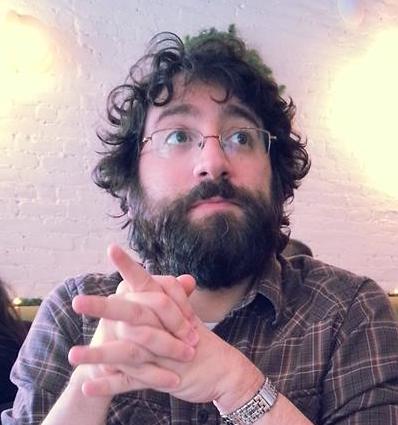 Samuel Hayim Brody is Associate Professor in the Department of Religious Studies at the University of Kansas. His research is in modern Jewish thought and its many and varied interactions with philosophy, political thought, and economic thought. His first book, Martin Buber’s Theopolitics (Indiana University Press, 2018), was a National Jewish Book Award finalist and the winner of the Jordan Schnitzer Book Award from the Association of Jewish Studies. He holds an MA from the Jewish Theological Seminary and a PhD from the University of Chicago Divinity School. 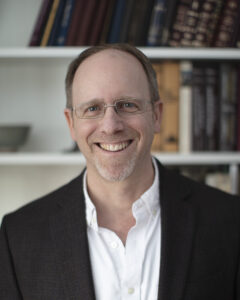 The post-WWI period saw an extraordinary revival of Hasidic education in Poland, from heder reform, to extensive yeshiva construction, to formal female education. The institutionalization of ostensibly “higher” education aimed to subvert both Polish mandatory public schooling and new secularist Jewish educational projects. During the Holocaust it continued underground in Ghetto yeshiva bunkers, symbolically repudiating Nazi dehumanization. Hasidic devotional education was thus not only a spiritual-intellectual practice but a political one; producing what Stuart Hall would term a “culture of resistance.” The resulting pedagogical revival calls into question prevailing framings of 20th-century Hasidism as beset by anti-intellectualism, crisis, and decline.

Glenn Dynner, PhD, is Professor and Chair of the Religion Department at Sarah Lawrence College; Editor of the journal Shofar: An Interdisciplinary Journal of Jewish Studies; and a Guggenheim Fellow. He is author of “Men of Silk”: The Hasidic Conquest of Polish Jewish Society (Oxford University Press, 2006), and Yankel’s Tavern: Jews, Liquor & Life in the Kingdom of Poland (Oxford University Press, 2014). He is currently working on a monograph entitled Higher Education: The Hasidic Revival in Poland on the Eve of the Holocaust.