This past Tuesday, my fellow DukeEngage members and I honored World Refugee Day by attending an event hosted by the Dublin City Interfaith Forum, which highlighted refugee stories of faith and hope. This event was accompanied by a slideshow of artist-drawn images depicting the migration process. While each work of art shed a unique light on the refugee experience, the image that stuck out to me most was a sketch of a girl drowning in the ocean, weighed down by a television screen broadcasting news commentary. It’s been three days and I still can’t get that image out of my head.

Throughout the past week, I’ve thought a lot about the role that media plays in shaping what we believe to be the refugee experience. In the United States, most of the information that I hear regarding refugees and migration comes from national news outlets. I could argue that some media outlets handle the crisis better than others, but I don’t believe I could name a single one that hasn’t placed a strong emphasis on negative reporting. These are the headlines that we are inundated with – tales of hate crimes and terrorist attacks and bloodshed. The problem with this method of journalism is that the public isn’t told anything that it didn’t already know about the refugee crisis.

With nearly 65 million people in the world falling under the category of “refugee,” it’s incredibly naïve of us to believe that we have heard all of their stories. So then, why do we keep hearing the same narratives every day? The repeated stories we hear of loss, separation, and terror lead many individuals to either pity or loathe those involved in the crisis. While I will never understand the vitriolic response to refugees that some people have, pity is easier to understand. The stories we hear regarding these individuals are often so negative that we may believe that this group of nearly 65 million people is entirely helpless. However, this is often not the case, and most refugees don’t want our pity any more than they want our hate.

At the same event, a Syrian refugee shared some of her experiences in Ireland. She spoke of the incredible opportunities she’s had since her arrival, and how she is now a small business owner and entirely self-sufficient. On the verge of tears, she felt the need to emphasis that she is not a burden on anyone. The word “burden” comes up a lot in the debates surrounding the refugee crisis, as if these aren’t remarkably resilient people self-motivated by the thought of a better, safer life. In Ireland, many refugee minors perform extremely well in the education system. Like the event speaker who now runs her own business, refugees who can enter the job market often contribute greatly to society. These people are far from being burdens, or terrorists, or whatever else sensationalist media portrays them as. They are complex humans who deserve to live without the social stigma that being a refugee carries.

Instead of broadcasting negative news, which highlights differences, I would hope that media outlets would seek to portray the refugee experience in all of its fullness or as much as is possible.  This kind of coverage would allow readers to see refugees as people like themselves. This kind of coverage, moreover, is critical to changing opinion and breaking down prejudice. Indeed, these newcomers deserve to have their lives–which are as complicated and nuanced as our own–acknowledged, rather than merely pitied or criticized. 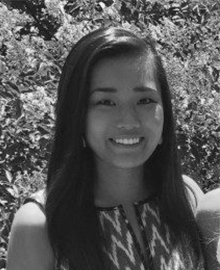