Q: If a brain tumor leads a father to molest his daughter (an actual case), can he be held morally or legally responsible for his actions?

In this unusual case, a 40-year-old Virginia father and teacher led a fairly normal sex life until 2000, when he began collecting pornography, then child pornography, and finally he propositioned his stepdaughter. After being convicted of child molestation, he began experiencing headaches and a loss of coordination, leading to a diagnosis of a brain tumor. When the tumor was removed, his problematic behaviors and desires disappeared. He was eventually allowed to go home to his family. Several months later, the tumor returned, and so did his unusual behavior, before the tumor was removed again.

Many people conclude that this individual was not fully responsible for his misconduct. I agree, but this judgment creates a conflict. All desires and actions are driven by various brain processes. Why is an individual responsible when a “normal” brain condition causes an act but not when a tumor causes an act? The way to address this question is by comparing this brain tumor case to other conditions, including Tourette syndrome, alien hand syndrome, addiction, psychopathy, and other mental illnesses, with a goal of gaining a better understanding of what “responsibility” is. 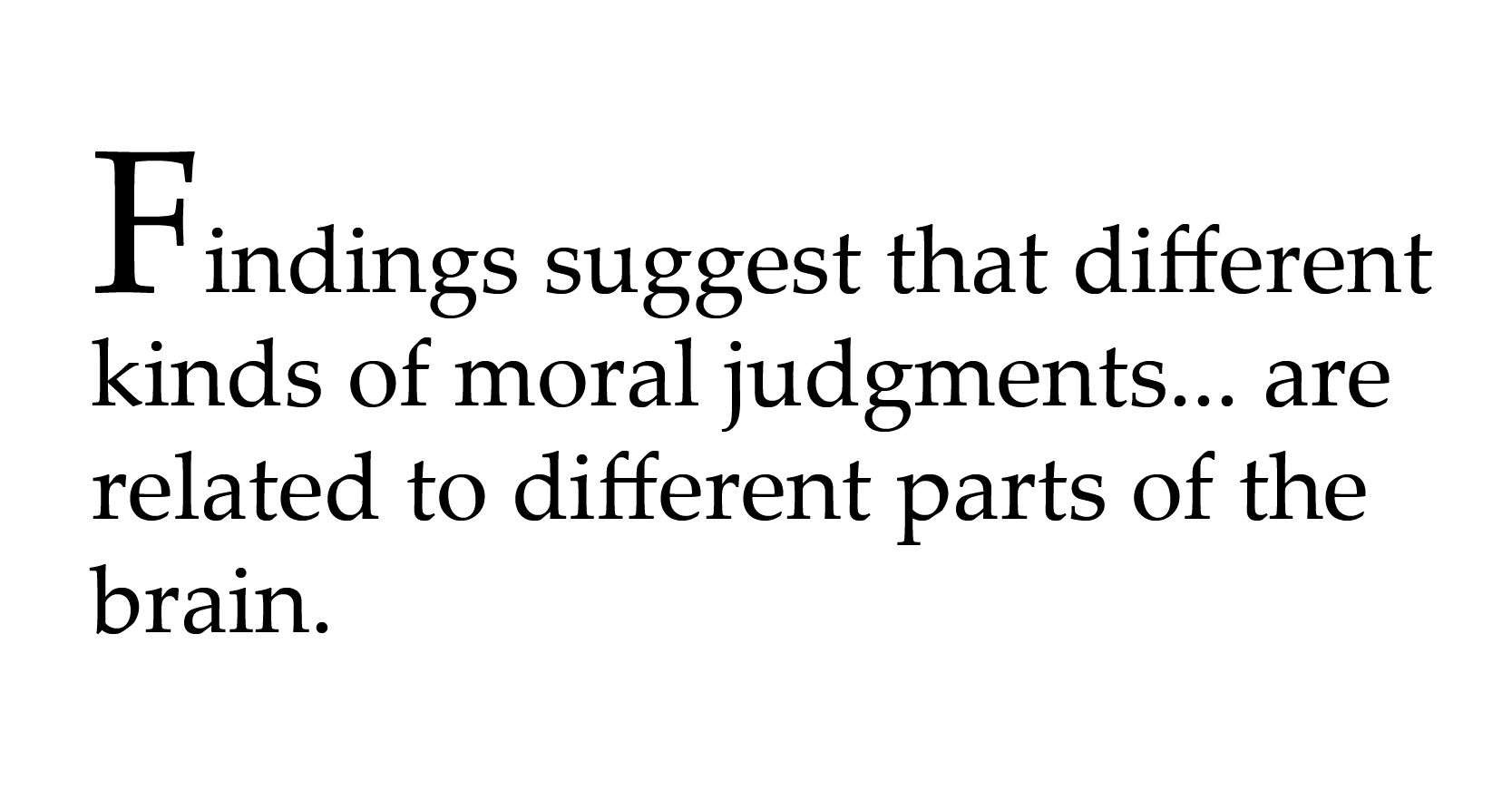 Complicating the issue is the role of conscious will and its bearing on responsibility. In both law and morals, we normally excuse people whose acts are not caused by their conscious choices, such as sleepwalkers. The question is whether the excuse granted to sleepwalkers really applies to us all more often than we think. Surprisingly, recent research suggests that conscious choice plays a smaller role in our actions than most people assume. In particular, it often comes after brain activity that initiates bodily movements, and many researchers conclude that the conscious choice does not cause the movement. That conclusion raises the disturbing questions of whether and how we can ever really be responsible for anything.

In the end, the issue of responsibility is both scientific and moral. Scientists discover fascinating information that can reveal how much and what kind of control we have over our actions, but then philosophers and legal scholars need to determine how much and what kind of control is enough to justify holding someone morally or legally responsible. To answer the crucial questions, neuroscientists and philosophers must work together. It’s only through this kind of interdisciplinary collaboration that we can begin to understand, much less settle, issues of moral and legal responsibility.

Philosopher Walter Sinnott-Armstrong often compares morality with jade. “Most people think of it as a single mineral, but there are actually two types of jade, with different chemical compositions. They only appear to be the same,” he says. “We make the same mistake when we think about morality. We assume that a single term, ‘morality,’ can be used to describe all types of moral judgments, but judgments about fairness, harm, justice, honesty, responsibility, or sex are so varied that it’s a vast oversimplification to think of them as some larger unitary ‘thing’ called morality.”

Exactly how these moral judgments differ and how they form in the human mind are research questions Sinnott-Armstrong approaches using the tools of neuroscience. Functional magnetic resonance imaging (fMRI) locates brain activity by measuring changes in blood flow. This technique makes it possible to see which parts of the brain are engaged when people make different types of moral judgments.

Findings suggest that different kinds of moral judgments—about harm as opposed to “impure” sex, for example—are related to different parts of the brain. Different cognitive functions and different brain mechanisms are involved when people make a moral judgment of an act causing harm (for example, a murder or theft) than when they judge an act seen as “impure” but harmless (such as special cases of cannibalism or consensual incest) or dishonest but harmless (such as some lies or broken promises). “All of these acts are sometimes called ‘immoral,’” Sinnott-Armstrong says, “but at the basic physical level, morality is even less unified than jade.”

A fuller understanding of the differences among moral judgments has a number of potential implications that interest Sinnott-Armstrong. One traditional debate is about whether law should or should not enforce morality, but Sinnott-Armstrong suggests that law should enforce some parts of morality and not others. He argues that society should have laws against murder, rape, theft, and fraud, for example, but not against harmless sexual acts that strike some as impure or against acts of disrespect for the country.

Another big debate concerns what to do with psychopaths, who are often described as incapable of making moral judgments. We can better understand and possibly treat psychopaths if we recognize that they make moral judgments in some areas but not in other areas, says Sinnott-Armstrong.

Finally, in the academic world, philosophers ask whether morality is objective or subjective, absolute or relative, and justified or arbitrary, but the answers might differ from one area of morality to another. In all of these ways, the new neuroscience of morality can illuminate some old questions of philosophy and practice.