Q: Should healthy minor children be used as organ donors for their ill siblings?

This question, popularized by Jodi Picoult’s My Sister’s Keeper, and first posed in the early days of kidney transplantation, remains a real conundrum in both medical ethics and law.  For both disciplines, the benefits and harms of the transplants are clear: On one hand, lives are ameliorated or saved when they otherwise might not be, and families are able to sustain themselves, at least in the short term.  On the other, healthy children, who lack the legal if not also the cognitive capacity to object, are subjected to serious physical and sometimes also psychological harm for the benefit of others.

Medical ethicists—including, most recently, those at the American Academy of Pediatrics—have largely resolved the question in favor of permitting sibling transplants even as the possibilities proliferate from kidneys and bone marrow to skin, livers, and other organs.  This choice is rationalized either from communitarianism, by balancing the harms and benefits to all of the parties in interest: the ill child, the family, and the healthy child; or from individualism, by arguing that the psychological benefits of “donation” for the healthy child outweigh the physical harms.  On these rationales, hospitals across the country now specialize in the practice. 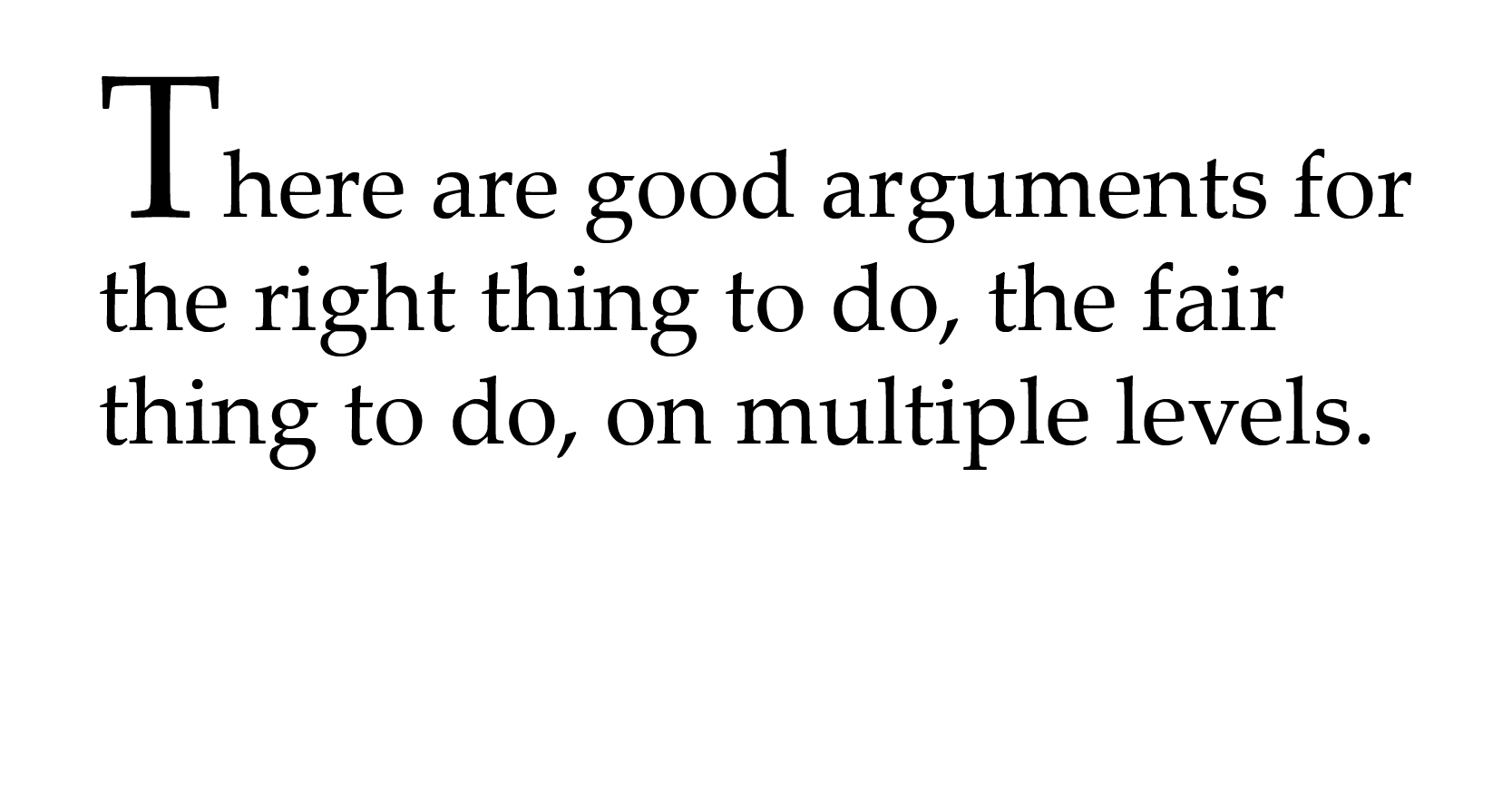 With the exception of bone marrow transplants, the law has not followed.  Indeed, although judges will sometimes permit the operations, their rulings exemplify renegade justice:  There is only one published decision authorizing the use of a minor child as an organ donor for an ill sibling; but because it was reached by a state court using a now-antiquated procedure, it has no precedential value, even in that state.  The only applicable rules otherwise are those that govern child abuse, and they provide that intentional physical injury—including the cutting and tissue removal that is a necessary part of transplant surgery—is only justified if it is in the best interests of the child herself.  The law does not use balancing tests that seek to establish the best interests of the sibling group or the family; and it typically rejects arguments about psychological and developmental benefits.

How to explain this disconnect between ethics and law?  And which discipline has it right?

Most fundamentally, the disconnect exists because rights law is relatively inflexible in its exclusive focus on the individual.  It also exists because the law privileges physical integrity over psychological welfare, and disdains philosophical and speculative (as opposed to factual) arguments about benefit.

Neither law nor ethics has it exactly right.  Law is right that the focus of the inquiry must be on the prospective donor child; to factor in the needs of others in the determination whether she should be injured is to treat that child differently from all others in the equation, and as less than she is: an individual worthy of respect in her own right.  But ethics is right to imagine that psychological benefits might sometimes justify even serious intentional physical injuries; this proposition is as true as its corollary, that mental suffering can sometimes be more debilitating than bodily pain.

A healthy minor child should used as an organ donor only if there is compelling factual evidence that the psychological benefits to that child outweigh the necessary physical injuries.  Such evidence will often be difficult, even impossible, to muster.   But it is only in these circumstances that we can know that we are appropriate stewards of her mental and physical health; that we are not sacrificing her for the benefit of another simply because, in the excruciating moment of decision, that seems like the right thing to do.

The Challenge of Complexity

Considering that she is a former world-class runner, it would be easy to assume that Doriane Coleman became a lawyer because the law is a vocation that shares many of the competitive aspects of sport.  But it is the athlete’s aspiration for excellence in the face of a challenge, rather than simple competition against an adversary, which drew Coleman both to the highest levels of sport and the complexities of the law. “I like complicated issues,” she says, “complicated in the sense that there are good arguments for the right thing to do, the fair thing to do, on multiple sides.”

In one of her earliest published works, Coleman considered one such complicated issue: the merits of a “cultural defense” to criminal conduct, which would permit an immigrant defendant to use evidence of foreign culture and tradition as excuses for otherwise illegal conduct.  The case of an arranged marriage between a 40-year-old and a 14-year-old, allowable in some countries, is an example of such a conflict between culture and law.  “How can we make exceptions to these laws in the name of multiculturalism, and also remain true to the goals they ensconce, goals such as the protection of children and vulnerable women from oppressive patriarchal traditions?” Coleman asks.  “When we carve out exceptions to the law in order to respect culture, someone is denied the law’s protection, and the system is effectively adopting discriminatory standards of criminality.”

Coleman’s current research continues to focus on issues of women’s and children’s rights, perhaps the most contentious area within which questions of fairness, rights, protection, and tradition collide.  The use of sibling organs—where parents authorize the “donation” of an organ from one of their healthy minor children to heal an ill sibling—is one such issue.  “The bottom line is that this procedure is undoubtedly a violation of child maltreatment law as written,” says Coleman.  And yet, it commonly occurs.  This disconnect between law and practice bothers Coleman.  “We either have to acknowledge that the procedure is illegal and behave consistently, or we have to develop a rational and legitimate argument that it is in the best interests of the ‘donor’ child.”

Like so many thorny questions in law, it is inevitable that some will be unhappy with whatever is decided.   The challenges for those who work with the law are fully appreciating the complexity of an issue and being fair to all sides during the law-making process, as well as making the reality of a final legal decision work on the ground.  “Ultimately, the law should reflect the normative choice we make as a society about how a particular issue should be resolved,” Coleman says.

Doriane Coleman is a Professor of Law at Duke Law School. The Good Questions series is an ongoing publication project of the Kenan Institute for Ethics that allows faculty and students to frame their work through the lens of ethics.