Q. How can literary innovation help us make sense of a globalizing world?

More than ever, our everyday lives put us in contact with far away people and places. We need transnational literacy to help us figure out who and where we are in the world, to let our cultural and even linguistic differences be something that connect rather than divide us.  Literature and the arts are vital resources for developing transnational literacy.  Readers understandably want to be moved by what they read, to identify with familiar characters, and to be absorbed by an exciting plot. But sometimes the best stories are the ones we did not know we wanted.

There is value in literature that challenges the conventions of storytelling – both stylistically and culturally.  Modernism, a movement that began in the early 20th century, did away with the traditional notions of character and plot, and aimed to create an experience of estrangement within its audience.  Its stylistic unconventionality offers a way of seeing social conventionality anew. From James Joyce to Zadie Smith, writers have used modernist techniques to think about how communities are formed – what makes them stable and what makes them change.

The effort to rethink national and international community in particular gathered major force in the period between the two world wars.  After the destruction of World War I, many modernist writers not just in Europe but in its colonies (e.g. Ireland, South Asia, the Caribbean, and Africa) lost faith in the idea of empire and began looking for alternative ways of imagining community on more equal ground. Seeking to counter imperialism with international solidarity, writers like Joyce, Rabindranath Tagore, and Claude McKay turned to literary experimentation as a way of exploring questions of political autonomy, communal loyalty, and individual freedom. 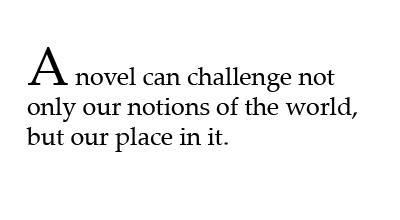 When modernism crossed paths with colonial history, it inspired surprising strategies for forging communal bonds across lines of difference. Its aesthetics of fragmentation, collage, montage, and language mixing (multilingualism) helped represent not just the disordered breakdown of empires, but the birth of communities at multiple scales: national, continental, diasporic. By altering perceptions about what constituted the unity or cohesion of an artwork, modernists from the colonial world challenged dominant understandings of what constituted the unity and cohesion of a society.

Modernism thus leaves us with an important legacy.  It gives us a different way of thinking about creative works. They don’t have to be seamlessly unified. They can display their grafts and sutures.  By showing the act of making, modernism reveals the dynamism of aesthetic and social processes as well as the constructed and reconstructed nature of communal identities.  Creating and reading literature with its social import in mind, we learn to reflect upon often unnoticed “natural” attachments (to our families or nations for instance) while also glimpsing the potential for new attachments to peoples, places, and traditions not immediately our own.  Far from promoting simplistic ideas of transnational sympathy, modernism’s aesthetic difficulty uses estrangement to draw us into both the violence and inventiveness of cross-cultural encounters.

English professor Aarthi Vadde examines British and Anglophone literature in the context of colonialism, migration and globalization. Her research and teaching focus on expanding and refining theories of  modernism as more than a Western phenomenon, in part by looking at how literary styles and specific works travel through cultural institutions, the process of translation, and modes of canonization.

While she came to Duke with a doctorate in English from the University of Wisconsin-Madison and a postdoctoral fellowship at Harvard University, it was a course in literary theory late in her undergraduate career at Columbia University that put her on the career path to academia.

“I’d always had a love of literature, but I’d never thought of literary study as a profession. Literary theory acted as a gateway.  It taught me not just to read more, but to think about the way I read.  Examining reading and writing as interpretative processes with their own specific histories excited me and gave me a way of seeing the world that made sense.”

Her realization that reading literature was a conduit for developing one’s own critical identity was transformative. She abandoned her law school plans to pursue graduate study.

As she continued on, her courses exposed her to modernist and post-colonial authors, who were newly integrated into English literary study. Many of the authors she found compelling – Salman Rushdie, Jamaica Kincaid, Tayeb Salih – were also linguistically surprising.  They blended different languages together, played with etymology, and used the versatility of literary narrative to question official histories.

The changing face, race, and place of modernism is an abiding fascination for Vadde. It has spurred her interest in how universities categorize and institutionalize literary works, many of which were intended to provoke cultural authorities.  She suggests that how we categorize literature – as modernist, postcolonial, British, American, or Anglophone – should reflect not only past traditions but also present concerns.

“It is important to test and refresh the categories that we use to study and teach literature. While dividing literature up by national tradition or time period makes it easier to discuss certain works, we need to keep in mind the potential blindspots in our institutional habits.  There is always a politics to categorization, with its inherent risks and benefits.” When I teach Anglophone literature, I ask my students to pay attention to how the literary traditions (and canons) we craft impart our values, not just for ourselves as individuals, but for the communities in which we live and participate.”

Her current book-in-progress “Chimeras of Form” explains the relationship between the modernist novel, colonial history, and internationalism in the twentieth and twenty-first centuries. By broadening modernism’s geography, Vadde advances a model of literary and political belonging that illuminates  the many facets of English as a global language.

Aarthi Vadde is assistant professor of English at Duke University. The Good Questions series is an ongoing publication project of the Kenan Institute for Ethics that allows faculty and students to frame their work through the lens of ethics. Many thanks to the Nasher Museum of Art at Duke University and artist Odili Donald Odita. Cover image features Odita’s Over Here, Over There, 2001.