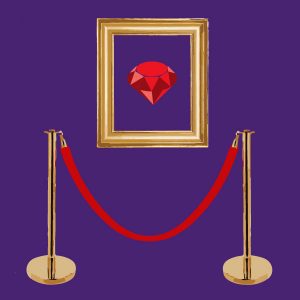 1/3 of the budget of the National Endowment for the Arts.

As someone both extremely engaged with the arts on campus and passionate about the ability of the arts to create social change, I have trouble coming to terms with the fact that Duke just spent $50 million dollars creating a beautiful new facility to support the growth of the arts on campus. Don’t get me wrong – I am extremely grateful for this massive physical manifestation of Duke’s increased support for the arts. As a prospective first-year student (and, like the majority of my fellow prospective classmates, an intended pre-med student), I felt confident that I was coming to the right place to pursue a track in the sciences; after all, I couldn’t be going wrong at a university that contains Science Drive! I was wary, however, of what Duke would provide in terms of support for the arts. As an intended music major, I had seen Biddle Music Building and felt confident about my access to practice facilities and good professors. But what about outside of class? What was Duke’s arts community like? Did Duke alumni go into the arts?

I quickly learned that the support for the arts on campus was beyond anything I could have imagined from the admissions materials and the limited perspectives I had from current students and alums. I almost immediately got involved in performing arts groups on campus and quickly became aware of DEMAN, Duke’s ever-expanding network of alumni working in creative fields. I had opportunities to work with professional creative teams on productions and to take classes in arts entrepreneurship. Beginning to see signs of the construction of the Rubenstein Arts Center (affectionately dubbed “the Ruby”) last spring left me looking forward to what was next for the arts at Duke: a large space to bring together the previously disconnected arts departments and groups on campus and serve as a prominent physical marker, looming over Campus Drive and saying, “The arts are here, too!”

I was so excited to finally step foot inside the building. The floor-to-ceiling glass windows, artistically designed conduit, and state-of-the-art facilities immediately drew my attention and left me feeling excited for my future years in the arts at Duke. So excited, in fact, that I was referred to a few days ago as a “Ruby rat.” I work at the front desk of the building, am part of the Creative Arts Student Team (CAST) program, and am working on Hoof ‘n’ Horn’s production of Chicago, which opens in the Ruby in April. I’m so grateful for the artistic horizons that this new space has expanded for me.

At the same time, every time I walk into that 40-foot-high, brightly colored lobby surrounded by multi-million-dollar dance studios and equipment, I can’t help but to stop and think about just how much money was poured into a space with, relatively speaking, so little impact. Sure, the building is open to the public from 8am-8pm during the week and 10am-8pm on the weekends. But by only offering limited parking options and practically no programming geared toward the broader Durham community, we know who this space is really designed for. Duke students and faculty – what, 20,000 individuals?

On contrast, the National Endowment for the Arts, the federal agency established in 1965 that provides funding to a huge variety of arts organizations around the country, estimates that the initiatives they support reach 20 million live audience members each year, plus an additional 300 million through broadcast media. The NEA supports over 30,000 arts events and exhibitions. All with a budget of just under $150 million, or 0.02% of the federal budget.

So as much as I enjoy every minute I spend in the Ruby, how can it be ethical that David Rubenstein and other generous donors put a combined $50 million into this one building whose benefits really only reach one very specific (and, in general, already very privileged) audience? It seems that this $50 million could have had a greater impact by being dispersed through the NEA or other, broader-reaching arts organizations. Of course we can’t assume that David Rubenstein and his fellow donors was choosing between the Ruby or the NEA as the recipients for their donations. But on principle (and utility), should this money not have gone to an organization like the NEA, with a broader potential for impact? At the same time, I’m certainly reaping the benefits of this beautiful new space – but is it ethical that this $50 million benefits me and my fellow students, with little benefit to the rest of the United States?