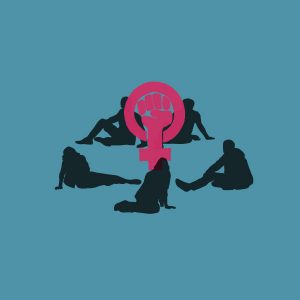 We’ve probably all noticed that many recent headlines have had a common theme: sexual assault. These headlines were particularly prevalent this past November, with respect to the Harvey Weinstein case and the widespread #MeToo campaign that came in its wake, started by activist Tarana Burke’s “Me Too” movement over a decade ago and brought into the public eye in November by actress Alyssa Milano. With those who felt comfortable, we talked on the TK Couch last semester about online discourse in relation to sexual assault.

With our couch discussions in mind, reading about Anthony Rapp’s accusations against Kevin Spacey earlier this month really got me thinking. I was extremely bothered by Spacey’s announcement of his “[choice]…to live as a gay man” that quite literally overshadowed his apology to Anthony Rapp: the second, coming-out paragraph of his “apology” tweet is longer than the apology itself. As many have pointed out, Spacey’s announcement both (seemingly intentionally) distracted from the accusation at hand and implicitly conflated homosexuality with pedophilia. Many news sources further propagated the problem by focusing on Kevin Spacey’s coming out rather than the accusation of assault itself.

This made me reflect more broadly about men’s responses to accusations of sexual assault. A particularly insightful friend who visited the TK Couch last week remarked that she was “upset that women have to publicize and advertise their trauma” through things like #MeToo “in order for men to get the f***ing picture.” I could not agree more. As men, we have a responsibility to listen to and internalize the abundance of statistics and stories we have already and take action based on them. The burden of educating men must not fall on women. We Duke students probably (hopefully) all know that disturbing statistic: in a 2017 survey (the original survey is now (coincidentally?) unavailable on the Duke Student Affairs website), 40 percent of undergraduate women at Duke and 10 percent of undergraduate men reported being victims of sexual assault since enrolling – two times the national average. And these self-reported statistics are likely under-representative of the true scale of the problem of sexual assault on Duke’s campus, particularly given the often-criticized, seemingly endless stream of “not guilty” convictions by Duke’s Office of Student Conduct administrators or appointed panels in cases where victims chose to press charges. But why is that seemingly “not enough” for some? As my friend pointed out, why do we men “need” women to share their personal stories about sexual assault in order for us to “get it” and feel inspired to take action or change our behavior?

Kevin Spacey’s response to Anthony Rapp’s accusation seemed like a perfect example of the exact problem with many men’s attitudes toward sexual assault. Take Anthony Rapp’s gender identity and how long ago this occurred out of the picture for a moment. The real problem here is that Spacey allegedly sexually assaulted another individual. That is the problem we should be focusing on. Spacey did exactly what so many men seem to choose to do: he effectively brushed off the real problem at hand – the fact that he has been accused of sexual assault – and overshadowed it with irrelevant, less important narratives that he felt this accusation provided a convenient pathway for sharing, and many news sources went along with it.

Believe me, I understand and have experienced the difficulty of coming to terms with one’s own sexual orientation and sharing this with others. But, as comedian Billy Eichner pointed out on Twitter, Kevin Spacey “invented something that has never existed before: a bad time to come out.” Spacey did not seize an opportunity to truly apologize for his actions, discuss how he will change his behavior as a result of this accusation, and encourage other men – particularly gay men, a population for whom, from personal experience, it can be easy to feel somehow isolated from the major problem of sexual assault against women but, as this case demonstrates, can clearly be implicated in sexual assault ourselves* and have a unique position for advocacy in the fight against sexual assault toward women – to do the same, as some men did with the hashtag #HowIWillChange in response to the #MeToo campaign. Instead, Spacey decided this would be a convenient time for him to publicly share his sexuality. In his own words, he did exactly what so many (alleged) perpetrators do in response to sexual assault accusations: he made this about himself, conveniently seizing an opportunity “address other things about his life” – his own life – rather than taking action to combat sexual assault.

*Note: taking Anthony Rapp’s gender identity out of the picture in this case fails to recognize another important discussion that can and should be had about male victims of sexual assault. Many fewer men self-report experiencing sexual assault than do women at Duke and in the broader world. Does this perhaps relate to men feeling even less likely to be believed than women, or seeing the experience of, and/or choice to report, sexual assault as a blow to one’s masculinity or power complex? I’m not sure, but this is certainly grounds for further discussion whose importance I do not mean to minimize in any way in this post.