In the early 90s, few Rwandans had televisions in their homes or regularly engaged with print media – instead, radio was the medium of choice, much as social media is a primary news for many people in the developing world today. Because it was often the only readily accessible information source, and because there were a limited number of channels, radio was quickly corrupted by the Hutu Power movement to circulate disinformation and calls to action. One channel in particular, RTLM – which spread anti-Tutsi conspiracy theories and conditioning its listeners to see Tutsi as sub-human and deserving of violence – is considered by many Rwandans, contemporary historians, and the United Nations, to have been a key instigator of the genocide. This is not an isolated case –  just recently, the New York Times found hateful rhetoric promulgated by social media bots to be a driver of the Rohingya genocide in Myanmar.

However, media was also critical in alerting the world to what was occurring in Rwanda, even before the situation had attracted the attention of individual governments. In this sense, the (albeit limited) international intervention that occurred can be traced back to brave reporting. Furthermore, particularly in the 21st Century, media can draw the attention of individual citizens, mobilizing not only politicians to act, but corporations to donate and individuals to volunteer. It is also self-replicating. Good reporting on a crisis creates public interest, public interest then inclines more outlets to report. Good reporting from many sources and even social media can also allow open-source analysts to piece together a comprehensive picture of what it occurring.

In Rwanda, media was very valuable not only as the genocide was occurring but also ex post, when it allowed Rwandans to discover what might have happened to family members, friends, or acquaintances, enabled the prosecutions of many perpetrators, and created a corpus that scholars could refer back to determine how such a thing had happened and how it might be prevented from recurring either in Rwanda or elsewhere in the world.

Unfortunately, the regime that came to power after the genocide, led by Paul Kagame, has heavy-handedly suppressed media. In Rwanda, this has seemingly worked out for the better. The regime, while somewhat autocratic, generally looks out for the best interests of its citizens, thus an independent media and the informed citizenry it creates has not truly been needed to keep the regime in check. In this sense, however, Rwanda is an outlier. In most cases, those regimes that most harshly suppress media also most often perpetrate other unexposed abuses against their people. In the wake of a civil war or ethnically- or religiously-driven violence, however, media can also be deeply destabilizing. Even if reporting is accurate and robust, it can lead populations to rise up against their fragile government, and with nothing to replace said government, the situation can easily devolve back into violence and destruction. To this end, short term limits on media could potentially be beneficial even if media becomes a necessary check once the situation has stabilized some. Allowing media to proliferate without check can increase the likelihood that disinformation circulates; however, restrictions on media can allow a government to circulate its own disinformation. Given that governments often have a hand in stoking ethnic or religious tensions or xenophobia, it is not obvious that state-run disinformation is any less damaging. Furthermore, disinformation is least effective in those societies that have the most open media market, where an alternative narrative is always presented, fact-checking is available, and the population is media literate.

In nearly all senses, media has a key role in shaping post-conflict governance, both directly and indirectly, and, in nearly all senses, free media is a double-edged sword with profound implications for human rights. When it comes to managing media as a fragile post-conflict government, there are no easy answers. But a few general guidelines are most likely to produce a positive result: 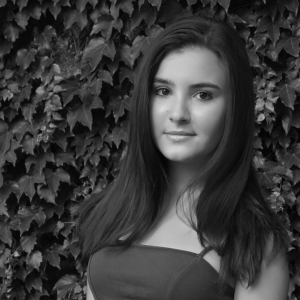