In high school, my mom often called to tell me to put the salmon in the oven before she got home. I happily agreed while my eyes were glued to some irrelevant Netflix show and stated that I’d totally, definitely, 100%, do it right away.

It wasn’t until 45 minutes later, when I sensed the rumbling of the garage door, that I’d immediately bolt to the oven to shove the salmon in, only to remember that I never preheated the oven in the first place.

Thankfully, I’ve matured a bit in the years since high school, and I’ve felt enough of my mother’s rightful wrath to understand the importance of making a statement or promise, and actually following through with action.

2020 is one chaotic year, and many people and organizations have had many things to say about this frenzied time  (to say the least). Though COVID-19 just recently emerged in the past few months, the uproar over the brutal killing of George Floyd, along with the deaths of Breonna Taylor, Trayvon Martin, Tamir Rice, Eric Garner, and so many more people at the hands of racist police officers has highlighted the systemic suppression of blacks and other BIPOC that has been ingrained in our nation’s history since its founding.

Blatant and systemic racism has been allowed and encouraged non-BIPOC to violate an innumerable amount of human rights belonging to black and brown bodies since 1619. Though slavery was legally abolished in 1865, the legacy of slavery is still very much with us today, 401 years after the first slaves arrived in America.

George Floyd was not the first black human being to die at the hands of racist and violent white and non-BIPOC police officers. Horrifically, the rate at which police kill black Americans is more than twice as high as the rate for white Americans. We have been, and currently are, in an undeniable human rights crisis. And if structural change is not soon implemented or even begun, our society will never escape this oppressive cycle.

In the present, non-BIPOC individuals, communities, and companies are scrambling to find an appropriate response to this human rights crisis that will preserve their image, absolve them of seeming racist or complicit, and for companies particularly, appease their target consumers and have a better response than their competition.

Especially for corporations, each carefully crafted sentence of a statement, each “million dollar” donation made, each “decisive” action vowed to be taken, is meticulously cultivated with the goal of avoiding the incitement of widespread brand damage within the US and internationally.

Many company statements promise change and promise consumers that they will do X, Y, and Z, and all the letters that come before those in order to combat racism. However, this is certainly not the first-time corporations have crafted statements and promised action. Corporate promises have the potential to be quite empty and ephemeral, with no tangible long-term action taken or even seriously planned in the first place.

I was fascinated to connect how the frenzy for companies to put forth progressive statements in a bid to demonstrate their solidarity so closely paralleled the human rights statements that major banks have released in the past.

This week, during my research into how financial institutions are addressing the topic of human rights, I found that many corporations have put forth their own human rights policies, some of which seem quite comprehensive. However, it soon became evident that merely putting forth a human rights policy, no matter how seemingly extensive, is in actuality a very surface-level attempt to address human rights issues.

According to a 2019 report by BankTrack, though over 35 of the 50 largest private sector commercial banks globally had a high-level human rights policy statement in place, “only four banks were found to give any indication that they assess whether they caused or contributed to an adverse human rights impact, and none describe a process for making such an assessment.”

A statement, no matter how well thought through or crafted, does not guarantee that a corporation is actually going to implement actionable, structural change within the corporation, advocate for national policy change, or do anything truly disruptive in the name of righteous reform. Corporations, especially the trillion-dollar corporations, need to open their purses and put their money where their mouth is.

Though a $10 million donation from a nearly trillion-dollar company to groups fighting racial inequality may seem like a lot of money, $10 million is only a pitiful 0.001% of $1 trillion. It doesn’t seem like it would kill corporations too much to donate a couple more million dollars to fight racism, which is a systemic problem that has killed, is killing, and will kill BIPOC if significant steps to combat it are not taken.

The division of wealth in society is widening and is not only punctuated by the juxtaposition between the valuation of corporations and nonprofits run by activists, but is also highly reflected between races. By “one estimate, the typical white family has wealth of $171,000, which is nearly ten times greater than the $17,150 for an average black family” (Market Watch).

The racist structure of our system is certainly not going to change overnight, as racism is deeply embedded in our country’s policies, history, and has stifled the potential of our country by denying opportunities and suppressing black, Indigenous, and people of color (BIPOC) either purposefully or unknowingly, which both yield negative consequences.

However, corporations have the levers to expedite structural change through mechanisms such as significant donations and persistent lobbying efforts. They must also fundamentally reconsider what their recruitment processes look like, how they might continue discussions and transparency to invoke racial change, how they can aid non-BIPOC employees in obtaining resources to further their personal racial education, how much funding is diverted to the Diversity and Inclusion department of their company, the make-up of their executive leaders in terms of race, gender, sexuality, and more.

Human rights violations are often thought of as having horrifying visuals such as a child laboring away in a sweatshop in a far-away country without enough pay. However, human rights violations can also look as innocuous as a silent and learned racist bias within a recruiter’s mind during a search to fill internship positions or jobs.

Perhaps instead of merely adding their hollow promises to the crowded digital media sphere, corporations should also remember to ceaselessly listen to BIPOC and continually advocate to dismantle the structural barriers created as a result of racism. Our world has fed off of unjust systems that have suppressed black and brown bodies for far, far too long and substantial change is long overdue.

The garage door is rumbling, and corporations can play a large role in ensuring that dinner is on the table tonight. Luckily for them, the salmon has already been marinated and the oven has been preheated by the efforts of today’s activists and those who have advocated for racial justice long before them. The trillion-dollar question is, will corporations actually put the salmon in the oven? Or will they merely say that they will?

All I know is that if dinner isn’t on the table soon, there will be much larger issues to deal with than my rightfully hangry mother. 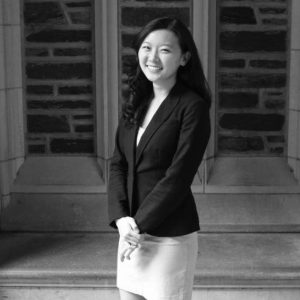