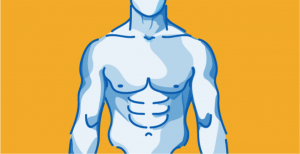 Masculinity is an incredibly problematic social construct. The way masculinity negatively impacts the students at Duke and the way that students perpetuate and enable it is worrisome as well as contentious. Masculinity can be loosely defined as the pressure society places on male identifying individuals to be strong, stoic, and dominant. Being thought of as unmasculine is equated with being gay, which is a threat to one’s character and social status. I think the reason most men on Duke’s campus fear being thought of as unmasculine is because they are either subconsciously or consciously homophobic. In its most benign, the most obvious ways masculinity affects the people of Duke can be seen in the sexual assault rates, objectifying language, and hookup culture.

The language that I’ve heard on campus from other men describing women is extremely problematic. “I’d hit that” and “She’s a 6 at most” are some of the common phrases I’ve heard from men describing women on campus. When multiple men are objectifying a woman and one of them doesn’t contribute he is criticized and treated like an outcast. This language typical of men looking to assert their masculinity dehumanizes women on one hand and perpetuates the mindset that women are simply present for the pleasure of men. Viewing women as objects rather than people is what leads to problems like sexual assault on campus.

The limit that masculinity places on the emotional availability of men is the root cause of such a large hookup culture on campus. In my experiences relationships involving men on Duke’s campus usually never make it past hooking up because of how socially unacceptable it is for men to be open about their emotions. Showing emotions is equated with being weak and displaying weakness is considered a cardinal sin against masculinity in the eyes of men. This lack of vulnerability and inability to be open and expressive harms all relationships and keeps men separate from women in terms of social function.

So I’d like to ask all male identifying individuals on campus to consider how their need for masculinity or the social pressure they feel to be so affects their actions and the things they say. Similarly, I want to ask all non-male identifying individuals to consider how their actions and the things they say perpetuate the “need” for men to adhere to a specific definition of masculinity.