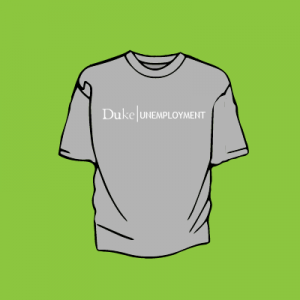 The author wrote this piece shortly before course registration season.

Course registration for the next semester opens in two weeks, and I’m still just as lost as I was when I arrived at Duke. Each time I go home, my parents ask me the dreaded question: “So, what are you studying?”

People often say that your major doesn’t have to determine your job – that you can do anything you want regardless of what words appear on your degree. So why, then, do people care so much about your major and what you study?

I enrolled in Duke as a student in the Pratt School of Engineering. I was always ironically proud of the designation of my status, by merit of having chosen a “hard” major. Yet, over the course of one semester, I gained a better appreciation for my interests and am, in all likelihood, transferring to Trinity. The reactions I get when I break the news—of mild surprise, subliminal consolation (usually in the form of self-relation), and/or assurance that I made the right decision—make me feel as if I must somehow regret abandoning a “better” course of study.

There is an idea that some majors, and thereby some professions, are more valuable, noble, honorable, productive, etc. than others; yet, with the idolization of one major or profession comes the belittling of another. We judge people based on our own experiences; that much is understandable. Yet, that leads to misconceptions of intrinsic versus societally-defined worth. Is a scientist or academic more respectable than a non-college degree holder, or even an artist or musician?

Take minimum wage as an example: people often argue that workers don’t deserve a raise because the work they are doing doesn’t merit higher pay; certainly, they don’t deserve equal pay to a skilled professional with a college degree, or a scientist that feeds his family on the merits of curiosity and intellectual breakthroughs.

We often define people not as people first, but as an external component of their being, whether that is profession, race, gender, or something else. We see people not as who they are, but what they do. Such an argument perhaps has deeply utilitarian roots; after all, people are only worth what they contribute to society. But that line of thinking can be deeply problematic. How do we measure the worth of one individual’s contributions to society? Can that be balanced and weighed against his/her contributions to friends and family?

Yet, at the same time, such distinctions over the merits of certain majors do follow a logic of their own. How could we rationalize a lifetime of debt in exchange for a job that barely sustains your living? And could all the extra work that seems to befall STEM majors really not confer some degree of higher intellect?

So then, where does the nuance lie? Should we distinguish major and profession? Or are the roots of the issue ingrained in societal roles of certain professions themselves? And what effects do student pursuit of success play in affecting this dynamic? Good thing I’m not an ethics major.