An Obligation of Humanity 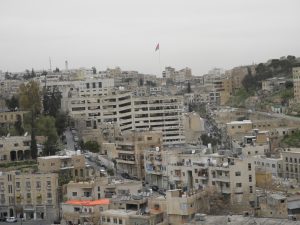 On March 6th, President Trump signed his second executive order entitled “Protecting the Nation from Foreign Terrorist Entry in to the United States.” In addition to suspending refugee resettlement to the United States for 120 days, this order sets the quota for refugees admitted for fiscal year 2017 (which ends September 30th) at 50,000. As of March 6th, 37,328 refugees have already been admitted. Of the number left to be resettled, around 2,000 of them will come from Jordan. After 120 days, though the refugee admissions and rescreening process takes an average of 18-24 months, resettlement will only resume after a review during which the Secretary of State, the Secretary of Homeland Security, and the Director of National Intelligence will determine for countries which they feel “additional procedures are adequate to ensure the security and welfare to the United States.”

140,000 of 2.5 million refugees are in living in a protracted state of waiting in the registered refugee camps of Za’atari and Azraq. They are given the bare minimum to stay alive – a stipend for 2100 kilocalories (if spent on the suggested food items) from the World Food Program. 70,000 to 80,000 more are stuck in between the Syrian and Jordanian border in an area called the Burm, permitted to leave Syria but not permitted to enter Jordan. The Jordanian Armed Forces are letting 30-40 of the most vulnerable people in per day, but the majority are forced to remain. Because humanitarian organizations are not allowed to enter the area, the only limited aid has been distributed via crane and later at a distribution point several kilometers from the site.

What does a decrease of 60,000 in the quota of refugees admitted mean to a country like Jordan with 2.5 million refugees? The 2,000 that will be resettled to the United States for the rest of the fiscal year will not even put a dent in the number of refugees in Jordan.

The outcry in the United States over changes in tens of thousands of the refugee quota is necessary – and important to the small percentage of refugees that will be resettled – but we must recognize that it is a minor aspect of the lager issue of the lack of an adequate international response to the refugee crisis. In a statement released last week, a United Nations official said that the world “faces the greatest humanitarian crisis since 1945,” yet in the face of this crisis, the United States, along with other nations, is decreasing the number of refugees it will resettle and threatening to decrease the amount of humanitarian aid it donates. This crisis is global in nature, but the response from the international community has been far from global.

America, a nation that represents hope, freedom, and livelihood to so many refugees, has the potential to lead an international response to this crisis. We must avoid retreating into shells of indifference, comfortable with the idea that taking in refugees would negatively impact of our daily lives. Of course, America cannot take in an unlimited amount of refugees or solve the crisis single-handedly, but our fear and indifference have allowed us to elude our obligation and our humanity. 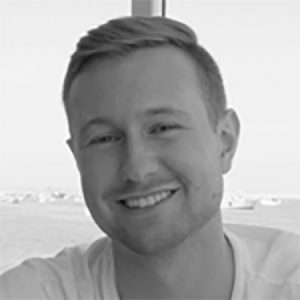 Louden Richason is a T’19 Undergraduate and a Duke Engage Dublin participant. He also is a current Kenan Student Research Assistant.

All posts by Louden Richason