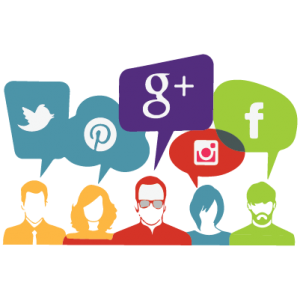 Now that I have your attention, let’s talk about sensational news.

First, let’s clarify. The headline of this article isn’t entirely untrue*, though it is (thankfully) misleading. The student in question? Yours truly, working on this blog post into the wee hours of the night.

A look at other recent headlines reveals a trend. Several weeks ago, self-proclaimed white nationalist Richard Spencer was punched in the face; the act, recorded on camera, was widely spread on social media, and the response was tremendous. Comments ranging from excitement to Schadenfreude littered the Twittersphere. Mere (weeks?) later, Kellyanne Conway mistakenly referenced a terror attack in Bowling Green, KY, and social media had a field day with posts of satire and ridicule. Individuals even set up fake donation sites in remembrance of the “tragedy.” Again and again, we see the social media sphere trivializing important events into pure entertainment, with serious responses devolving into jokes and memes.

And it was fun while it lasted. Yet, this sensationalization of news seems to detract from its gravity; after all, only so much information can be conveyed in 140 characters. This seems to follow the “millennial” trend of taking information in bits and sound bytes. NowThis, a popular liberal news source that shares news in the form of minute-long videos, is a more visible manifestation of this phenomenon.

However, abridging news inherently condenses, and therefore generalizes, the content and can present only a partial and/or biased view of the events. In a world where few even read beyond the headlines, this is particularly problematic. In our efforts to save time, we limit our exposure to other perspectives.

To quote Winston Smith from Orwell’s 1984, “The best books… are those that tell you what you know already.” Journalism’s stated purpose is to inform, yet its intent can be easily corrupted by ignorance and complacency. There is a common understanding that numbers do not lie, but can be easily manipulated to serve an individual’s agenda. Similarly, news events are inherently honest; yet, their portrayal through filtered media channels may transform simple accounts into powerful propaganda.

The current state of politics necessitates open discussions and understanding. Rather than condensing ideas and identities into a single snapshot, perhaps we can try to read and, understand more, and reject complacency in favor of learning about and appreciating differences.

Of course, the convenience of sensational headlines and angry Facebook comments is inarguable. The question remains, then, on whether this convenience warrants a disregard for a deeper search for truth. The burden ultimately rests on all of us to decide.

*This article was requested by Team Kenan, but written of my own volition.