Western journalists love the Olympics. In a 24-hour news cycle, there must be constant fodder to feed the bloated cable media machine and the Olympics are months worth of pre-packaged entertainment.

The most recent trend in news articles is about the somewhat, shall we say, lacking facilities in Sochi. Just look at these tweets from journalists who have gone early to the games.

People have asked me what surprised me the most here in Sochi. It’s this. Without question … it’s … THIS. pic.twitter.com/1jj05FNdCP — Greg Wyshynski (@wyshynski) February 4, 2014 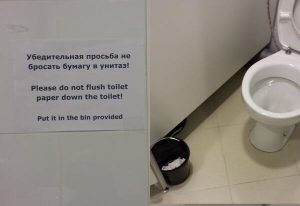 My hotel has no water. If restored, the front desk says, “do not use on your face because it contains something very dangerous.” #Sochi2014 — Stacy St. Clair (@StacyStClair) February 4, 2014 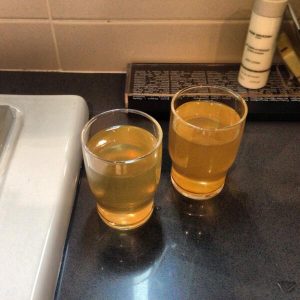 Okay, let’s talk about the dogs. Apparently, both Sochi campuses (Coastal and Mountain) have a TON of stray dogs.

Apparently the number of stray cats and dogs exceeds 2,000.

One journalist made one of the dogs her mascot and named him Sausage. Soon after meeting her puppy love, Sausage went missing though.

Maybe she didn’t know that getting attached to the dogs of Sochi wasn’t a wise move, because heartbreak couldn’t be far off. In order to rid themselves of the excess canine company the Olympics Organizing Committee has hired a private catch and kill “pest control” firm. The media is having a wonderful time reporting that there are roving gangs of killer dog catchers battling roving gangs of stray dogs. It’s the kind of image that newsmakers crave.

So, why isn’t the image of roving gangs of right wing fascists attacking LGBT people on Russian streets getting the same press coverage? Because, that’s happening too.

To be fair, there has been much coverage of Russia’s anti-LGBT policies on many levels. We’ve talked about the anti-Western rhetoric that’s inspired it, the injustices LGBT people could face, and a little bit about police brutality in relation to protests by LGBT people.

But did you know groups of vigilantes have, seemingly without consequence, begun to patrol the streets of some Russian towns in order to find, expose, humiliate, and torture LGBT Russians.

The rest of this blog post will not be pleasant, because I think it’s important not to mince words when it comes to persecution.  So, here are some of the things that are happening in Russia right now that aren’t playing out in Western national media.

Activists from Parents of Russia are handing out bags with ropes in them to LGBT people and telling them to hang themselves.

LGBT protestors are getting publicly beaten in front of the police who then arrest the bloodied protestors because they are violating Russian law.

People who are not dressed in a way that conforms to gender stereotypes are being punched in the face while walking down the street and then kicked and harassed by gangs in front of crowds. No one intervenes.

And a group called “Occupy Pedophilia” is finding victims online and luring them to be tortured. They find young, gay people, often posing as a romantic interest and then get them to a secluded spot. Then they reveal the gang of people waiting to harass them. They restrain them, beat them, force them to drink urine, pour urine on their head, sexually assault them, and sometimes rape them. All of this is videotaped in order to further humiliate their victim. The attackers don’t blur their faces or hide their identities. They don’t care. Watching them shows the complete impunity they have in Russia.

One was recently blinded. One of their victims died from the internal injuries he received from the multiple beer bottles that were forced into his body. Another committed suicide. No arrests have been made.

The following video is from Human Rights Watch and depicts some of this violence. It is incredibly disturbing and viewer discretion is certainly advised.


The story of Russian homophobia shouldn’t be about the moral grounding of new laws that discriminate against gay people as it’s been reported by most media outlets. This story should be about the fact that most Russian cities now have gangs of citizens outside of the law who feel safe abducting and torturing an entire group of people based on their perceived sexual orientation.

It’s easier to forget these atrocities in the face of equivocal statements from President Putin, passive aggressive Olympic delegation appointments by President Obama, and hilarious stories of Sochi’s unpreparedness. But forgetting isn’t an option for the persecuted LGBT people of Russia. It’s not an option for the teenagers who have videos of their torture passed around Russian social media.

It wasn’t easy for me to write this blog, because I’m a lover of cross-cultural ethics and an advocate for cross-cultural understanding. Even when I feel disgust, I try to ground an opposing view in my own mind. I try to remind myself that my values aren’t universal. I try to formally acknowledge context and assume my own ignorance, but this time I will not.

I won’t excuse or be silent when brutal, systematic attacks threaten a minority. I won’t accept tepid diplomatic rebukes as a solution to human rights violations. I won’t allow myself to fall into the seductive spirit of the Olympics and revel in a grandeur that hides a deep malignancy.

We need to be vigilant that we aren’t passing over these stories because they feel old or disheartening. Maybe the public should know that there are gangs of dogcatchers in Sochi, but they should definitely know that there are gangs of violent self-appointed inquisitors destroying LGBT people’s lives. We should remember to be informed. We should commit ourselves to finding solutions. We should remember that there is wrong in the world that needs to be remedied. And we should hold onto that fact until our work is done, like a dog with a bone.