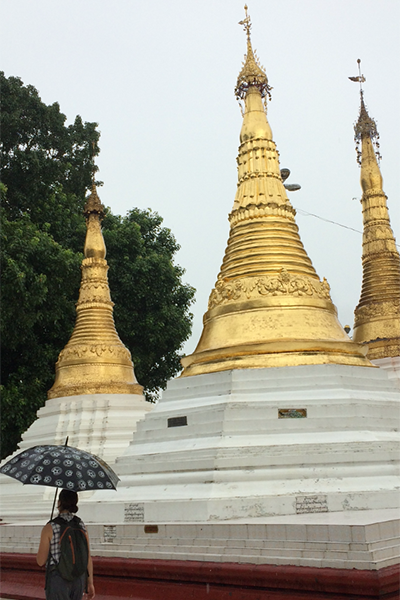 In an interview with The Irrawaddy, a newspaper in Myanmar, Salai Isaac Khen talked about the importance of involving Burmese women in conversations about the peace process and economic development. The problem, he underlined, was that people—including the women themselves—consider women “decorative.” They are assumed to have no role in public life. No voice. No agency. Worse, some of them internalize these attitudes by trying to keep themselves and other women on the sidelines.

This Kenan fellowship will allow me to examine the nexus of ethics, gender inequality, economics, policy, and human rights in ways that are meaningful for my own understanding of what it means to live an ethical life. I plan to spend five weeks in rural south-west Myanmar, as a volunteer intern with a project designed to support women’s leadership in the community. An international NGO, Mercy Corps, is supporting the project. It is true that gender issues are important all over the world. I am going to Myanmar because I want to see how gender relations affect a developing country, especially one that for decades was closed off to the outside world. I am also going to Myanmar to get research experience in development.

The National Community Driven Development Project (NCDDP) which, according to the World Bank website, started in 2013 and aims to allow “poor rural communities to benefit from improved access to basic infrastructure” and increase the efficacy of the government’s responses to emergencies. As a data collector and interviewer, I will be particularly interested in how and why women get involved in these NCDDPs, or why they do not. According to a 2014 Myanmar Development Research Institute and The Asia Foundation report, of the more than 16,743 village administrators nationwide in 2012, only 19 were women—only 0.1% of the total.

Where does ethics fit into a world shaped by gender? I believe ethics is the conversation between morality and reality and in a way, it is also the dialogue between history and the present. In Myanmar and around the world, gender dictates divisions of labor, decision-making power, and individual autonomy. But when the status quo of gender inequality inhibits a country’s economic growth and ability to create and maintain peace, how can it be “ethical” to carry on with current norms when the alternative is clearly much better? If the word “decorative” continues to describe women, Myanmar will continue to forgo opportunities on the country-wide and individual levels. When I say ethics, I mean the consideration of doing what is right. I think the main tension in the work I’m doing is the pull between the ethical reasons to make women full citizens and the ethical reasons to respect people’s cultures.

Ethics provides insight into the motivations behind people’s behavior, but it can also hint at deeper insights of how people view the world. To me, the essence of social change is the change in (1) how people perceive the world and (2) how they perceive themselves as actors in it. That is to say that at the heart of social change lies the reshaping of ethical structures. I hope that I will get a deeper look into the complexities that make gender equality an enormous challenge from the women and men I interview in Myanmar.

Probably one of my biggest personal weaknesses is my ability to listen. I am good at arguing because I immediately react to what others say and do. I am confident. In these interviews in the coming weeks, however, my job is not to convince women that they are not fighting hard enough or speaking loud enough for a spot at the negotiating table. Rather, I hope to find out what their experience has been participating in community decision-making, and for many it’s their first time. My job, really, is to listen.

I think we often paint the canvas to describe others’ lives assuming we already know what their picture looks like. But we do not know their stories unless we really listen. I hope I’ll develop a better ear over the course of my interviews so that they can paint their own pictures. Ironically, my position as a researcher is similar to those of men in negotiating circles—we both need to get better at listening to women—to get better at hearing and processing what they have to say. Over the next eight weeks I hope to share with you what I hear. My ears are open. 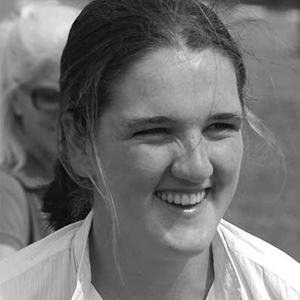