In visiting churches and having the opportunity to speak directly to individuals, I have almost always needed to use my Spanish-speaking abilities. I’ve never had an opportunity like this before, to consistently and frequently use my Spanish outside of the classroom. This is also the first time I’ve used Spanish in my local community, one that is different from my own but faces political pressures that I am familiar with, pressures that are neither Spanish or Latin but distinctly American. I am struck by the contrast between the Spanish I’ve encountered in the Duke University classroom and the Spanish I’ve used in recent weeks. I am even more so surprised by what Spanish has come to signify in the American context, with its increasingly strong linkage to brown skin and brown bodies, and the historical reality of it being a language imposed by white conquerors and later predominantly white leaders and politicians. In Latin America, Spanish has always been a politically fraught language with a history both multifaceted and stark, but in the American context it becomes flattened, merely a symbol of racial otherness.

I’m minoring in Spanish, and I think it’s worth briefly commenting on how my classroom experiences differ from the quotidian reality of speaking the language, particularly in the United States. Frankly, I think the speaking environment of the classroom prepares me little for such a reality. Perhaps it’s because I’ve been forced to take literature and arts classes (I’m taking my third Spanish literature class this semester, and will likely be taking at least one more in the foreseeable future) because all the classes that are presumably more useful for an American non-native Spanish speaker (Spanish in the U.S., Bridging Cultures, Health, Culture, and the Latino Community, etc.) are quickly filled with juniors and seniors. I can’t wait a couple of years to take these courses because it is unadvisable to take a semester or two-long break from a language your trying to attain fluency in. So I bite the bullet, take three 300-level Spanish-language literature courses and two 400-level history or literature courses, and I learn how to speak in college classrooms about literature and art but not how to directly engage with the identity of a community I might end up serving as a potential immigration attorney.

Granted, I do highly value these courses and the knowledge I’ve gained about Latin American history, politics, and culture through the diverse voices of women, mestizo, and indigenous writers. And certainly, learning the history of a people permits you to empathize more with that people, to implicitly endow them with more respect because they share the human commonality of story. Though Duke has been criticized now and then about the lack of an advanced Spanish study abroad program in some country other than Spain, I think it’s worth noting as an aside that one should not conflate the absence of such a program with a discriminatory lack of regard for a continent that is primarily non-white. I’ve appreciated the careful structuring of the curriculums I’ve been exposed to and the implicit desire to elevate and examine marginalized voices. Even my class on 16th and 17th century Spanish literature had a syllabus which quietly asserted that the history of Spain is not the history of a white people, as one might think; the veritable presence of Jews and primarily black Muslims has challenged conceptions of nationhood, ethnicity, race, and religion in a country that has struggled and struggles even today to define itself as a singular entity. History is not only about the people in power, and I appreciate that the Spanish classes I have taken have incorporated this unoriginal statement as a driving force.

But comments on history have little to do with the day-to-day reality of non-white Spanish-speaking immigrants in the US today, a reality that has grown increasingly hostile and flattened within the past year and that fluctuates ever so quickly. Stereotyping, racism, and a simple lack of knowledge have managed to erase the history of Spanish in our country, to make it appear so different from its multi-faceted presence in Latin America. The shared consciousness of the Spanish language is very different in Latin America than it is in the United States. The majority of Spanish-speaking immigrants to the US come from Mexico, El Salvador, Cuba, the Dominican Republic, and Guatemala. It is worth noting that these countries are 10, 9, 64, 13.5, and 3 percent white, respectively. Mexico accounts for 27% of all US immigrants. Presuming that the racial demographics of these countries matches the racial demographics of the immigrants coming from these countries, we can easily conclude that the vast majority of Spanish-speaking immigrants are not white, but brown and black. Thus Spanish, at least in the American context, is associated very much with being a person of color (this assertion likely does not really apply to Cuban-heavy areas like Miami).

And it is not a stretch whatsoever to say that immigration policy and anti-immigrant sentiment has long been racialized. It’s why Trump says he wants more immigrants from Norway while his administration has restricted immigration from primarily brown and black countries. And before you say that it’s not race, but rather that these immigrants come from poorer countries and will thereby impose a burden on the American people, I give you a counterexample: the Trump administration has cut visas for specialized workers by a third; this type of high-tech, highly educated talent is desperately needed, and coincidentally, the vast majority of it comes from India, a coincidentally “poor” and “brown” country. Immigration isn’t just race, but race is a weighty factor. This means that discrimination against Spanish-speaking immigrants from Mexico, El Salvador, the DR, and the like is wrapped up in a lot of variables, from poverty to language to race to (perceived) legal status. Stereotypes exist for anyone who is not the default, and though they may be flat and two-dimensional, the image is still there, its component parts enfolded into one. This means that, in America, our larger culture links the Spanish language to brownness and thereby otherness via the neuron web of stereotype. So when a chicana or mestiza decides to speak Spanish in public despite the legitimate risks it may pose, she not only reasserts the legitimacy of an “other” language like Spanish but also reaffirms herself and thereby her own “otherness” as a non-white person. Speaking Spanish is a political act because it is about more than language.

And although Spanish may be equally (if not more so) political in Latin America, its roots are much deeper and more longwinded. The history of Spanish in Latin America is lengthy, but it is and always has been linked to classism, racism, and the subjugation of indigenous peoples. Spanish was the language of white conquerors from Spain, and the commonality of Spanish today is a product of that legacy, because even as countries rebelled and struck out on their own, whiteness (particularly Spanish and Portuguese identity) continued to entail (and still does entail) political, economic, and social clout. Unlike the United States, Latin America does not associate Spanish with people of color. You cannot tie it to empowerment as we do in the US. When “Vida”–– a US network TV show set in LA which is ostensibly ‘woke’, queer, and Latinx––decides to not add subtitles when the characters speak in Spanish, it presents an interesting conflict: Spanish is empowering in the American context, where it is a symbol of justice for brown and queer Latinx individuals, yet its very history is also what created and inculcated centuries of marginalization against brown and queer peoples in Latin America.

I acknowledge that I am not Latinx and that my commentary is based on my limited knowledge of Latin American history as well as my own conceptions of how and why immigrants are stigmatized in this country. The details and specific logic should be taken with a grain of salt, but what I believe should be considered is the way in which language’s larger significance is altered––sometimes drastically––as the context in which it is spoken changes. Immigration has the power to alter the way all of us see ourselves and our own history, to make wholly new meanings and new identities out of already existing ones. 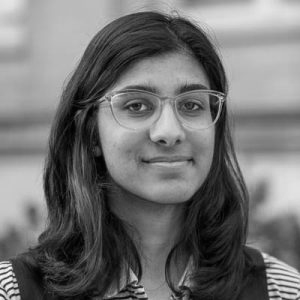