From time to time on the road, I meet other bikers. Most often, these are simply middle-aged men and women, cycling on a summer afternoon through their small-town county seat, or commuting back home. But, on rare, precious occasions, my cyclist counterpart has been another long-distance biker, easy to spot by the large, heavy-duty “touring” bags adorning her or his bike’s rear wheel. These encounters are very unlikely, especially given what I’ve heard from the 30-year-experienced gurus at cycling shops–that doing a trip like this was much more common in the 70s and 80s, but that now the stream of cyclists has slowed to a trickle. So, when I see someone also on a tour, my first reaction is to smile out of relief and curiosity, as they more than anyone can understand what I’m attempting this summer.

The first other tourist I saw was a solo-riding older lady. She was headed east to New York from Wisconsin, an extremely long journey, especially to complete on one’s own and at a leisurely pace, as she seemed to have adopted. She wondered where I was headed, inquired about my bike (my brother had her model), and asked how I’d been handling the traffic. Finally, she asked to take a picture of me–something I wish had done more of earlier on the trip, to remember the faces of the people I’d met. She was my first real introduction to the cycling community as experienced organically through the lens of my trip.

This connection continued further as I went on. I was surprised by a gradual change as I traveled through the midwest. As I moved up from Kentucky into Illinois, then west into Iowa, I began to see more and more bike lanes on roads and even separate paths. These led to conversations with other people enjoying the outdoors as much as I was, giving me insight into how families in communities such as Carlyle, IL spent their summer evenings walking across the dam to behold the beautiful expanse of a 15-mile long reservoir (they took the above picture). Heading into Cedar Rapids, IA, a fellow cyclist took this hospitality a step further, biking with me for what felt like 30 minutes, as we rode along the Cedar River’s rail trail. He shared a lot about his life, where he worked, his health conditions that had led him to cycling in the first place, his experiences with RAGBRAI (which I will describe later). Finally, he asked what I was doing with all those bags.

Together, experiences like these were so meaningful for me. These people opened a piece of their lives to me after I had just spent hours riding alone through a ninety-degree, humid day, and, in the case of the man on Cedar Rapids trail, provided some of the most personal and open conversation I had encountered in a long time. As I biked further through Iowa, I could tell that cycling played a large role in the community. I saw tons of cyclists, some in fairly large groups all wearing the same team jersey, taking to the trail. Not anticipating the presence of a bacon-themed race (the BACooN Ride) that was using the same trail as I, I even biked past thousands of riders one Saturday. A ride like this, just a one-day event, brought together an unbelievable number of cyclists and volunteers from small-towns west of Des Moines.

Amazingly, this ride was small in comparison to Iowa’s annual behemoth race: RAGBRAI. RAGBRAI–the Register’s Annual Bike Ride Across Iowa–is a six-day ride that begins in Western Iowa at the Missouri River and ends at the Mississippi, one that claims an average daily participation topping 15,000 people. Each year the route changes, allowing the six designated host-town slots to shuffle from town to town. From what I’ve heard from riders and in researching, these towns become huge camps and havens of food, rest, and general mirth for the mobile city of riders, support vehicles, and spectators. For instance, Jefferson, a town of 4,345 people, will be a host on this year’s RAGBRAI, accommodating a crowd well over double its population. The friendships formed and experience as a whole have been emphasized to me as unforgettable–as any ride across an entire state with “you and 20,000 of your closest friends” will be, as one man from Illinois put it.

Though I couldn’t partake in the event this summer, it is definitely on my to-do list (and maybe my to-do-many-times list). Moreover, until Iowa, cycling had largely been a solo experience for me–and definitely no where near a city or statewide phenomenon. This experience and the small window it provided into the Iowan style has profoundly affected me, showing the power of what a group of cyclists can do for each other and the world beyond. 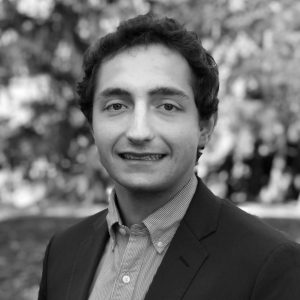