The work and research I have been immersed in so far this summer has been filled with contradictions- that of the actual policy I am analyzing, my experience living at the border and spaces of intersectionality here, and my own emotional reactions to what I am learning and experiencing.

With my project aimed to understand the role of national values in immigration policy and at the border, I decided that the best way to trace this throughout history would be to identify trends in language in immigration policy and general sentiments and other political factors at the time. Throughout the past couple weeks, I have been doing a heavy analysis of all major immigration legislation passed in US history. I began by compiling a timeline of all immigration policy in the United States. From my initial work, I decided I would focus on liberty, self-government, equality, individualism, diversity, and unity, as they were the most commonly used in my research. From there, I analyzed trends in language used in each from the 1790 Naturalization Act to recent policy in the Trump Administration. I used a word counter frequency to measure the usage of charged words like “alien” and “illegals” and when less racialized and criminalized language was used.

In studying many of these topics during the school year and living at the border this summer, oftentimes, the picture painted with immigration policy is that Trump is the sole evildoer. While I agree that his policies are so incredibly horrific, racist, and inhumane, this logic delegitimize the history of cruel immigration policy in this country in both political parties. This feels especially important to remember in the context of this upcoming election, so I wanted to keep this sentiment in mind as I was researching. After doing this for all the policies, several interesting trends arose.

Words like “alien” and “illegal” are dangerous because they criminalize those crossing and pin them as “dangerous foreigners.” I assumed that use of these terms would be fairly outdated, but I found it used consistently throughout all the policy, including Democratic administrations like Obama’s that the public perceived to be more progressive. The first use of “deportation” was not recorded in policy until the 1903 Anarchist Exclusion Act, despite the first deportation having occurred much earlier. During policy during the Cold War, fear of communism was brought up frequently in immigration policy, and the post 9/11 Era is marked by intense usage of more militarized terms like “border security,” “surveillance,” “protection” to combat “terrorism.” While terrorism had been first been used in Immigration Policy in the 1990 Immigration Act, after 9/11 it became common to take this protectionist stance.

While the Trump Administration has been marked by abhorrent “zero-tolerance policies,” it is important to not isolate these horrific policies, but note other times they have just been more covert, like Clinton’s Prevention Through Deterrence that weaponized the desert to cause invisible migrant deaths or the Chinese Exclusion Act that existed in the US from 1882-1943 and barred all Chinese Immigrants to the US. The horrific assault against marginalized communities of color at the border is not new; the Trump administration is not the only one to blame. The violent intentions are embedded in our history and repeat themselves throughout our political systems. Dialogue, debate, and policy must begin with a recognition of this violent history. Trump cites the migrant “invasion” in the US today, but the land we now lay claim over was violently stolen and colonized by Anglo-Americans.The foundation of this country lays on the debris of genocide against native populations.

For Latinx populations, this cyclical brutality advanced during the Mexican-American War. The 1848 Treaty of Guadalupe Hidalgo ceded over fifty percent of Mexican land to the United States, creating justification for these colonizers to assault the territory, culture, and lives of Mexicans in the name of god and Manifest Destiny to civilize Latinx “aggression.” This continued in the 19th and 20th centuries with state-sanctioned violence of Latinx populations through lynchings, segregation in public spaces, and exploited labor. The acclaimed Texas Rangers massacred 15 men after busting into their homes and rounding them up in Porvenir, TX in 1918. By 1940, around 80 percent of Latinx children attended separate, severely-underfunded schools. Anti-Latinx sentiments spiked during the Great Depression as Anglo-Americans accused Mexicans of stealing their jobs and forced the removal of 2 million Mexicans, sixty percent of whom were citizens. American foundations rest on violence against Latinx people, despite what presidents claim they want diversity and equality but rather fall into individualism. Our nation’s immigration policy was built on land seizure, racism, violence, and systemic oppression. Our policy and history spells it out clear. The shock and pain the public feels should rage at the Trump administration, but should also rage at the history of racism, oppression, and violence against Latinx populations that underscores all of American history and immigration policy. 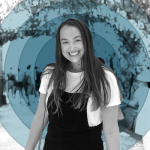