Alongside Americans everywhere, I turned the last few pages of Tara Westover’s “Educated” a couple of weeks ago. The runaway success of an autobiography details Westover’s childhood in a Mormon survivalist home and subsequent ventures through higher education against all odds. At its close, Westover leaves us with a provokingly simple definition of education: positive freedom, which Westover describes as the liberation from a single manner of thought (to her, “freedom from mind control”). 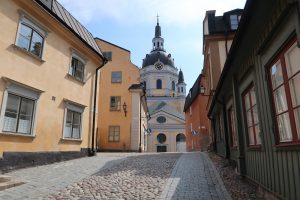 That seems attainable enough for the rest of us who didn’t grow up in the ideological mania of survivalism. I went to public schools — big ones, with plenty diversity on several counts. Surely my experiences there attest unequivocally to my liberation from singular thinking. But in a conversation on abortion law days later, my friend helped illuminate the troubling nuance of positive freedom. Growing up in a Trump-devoted home and later attending a university where conservative students remain closeted (or perhaps don’t exist), she doubts she has any claim to opinions of her own: “I wonder if I just assimilate contrary information and create an answer that causes the least cognitive dissonance, that lets me operate on two opposing teams” she said. I applied the same logic to my life and now echo her question. Can I own my opinions, beliefs, and actions? Or do I simply reduce guilt and maintain inner peace in the space between my parents’ ideologies and my friends’? And what of their beliefs — merely benchmarks for peacekeeping in their respective environments? What does positive freedom look like, really?

Now in Europe, I’m looking to the students of the Fridays for Future (F4F) climate strikes to exemplify true positive freedom. Most of these students are too young to have experienced much life beyond home and school, and yet act independently of the adults around them to speak out against the practices of their leaders — all while collecting school truancies. Is this the epitome of positive freedom, a tenet of civil disobedience? Or can the media, peer pressure, parental guidance, or school curriculum take credit for making activists of schoolchildren?

This is one of the many questions I hope to explore in my Kenan Summer Fellows project, Young Voices on Climate Change. As I interview activists and strike leaders in Stockholm, Vienna, and Zurich, I aim to discover not only why they chose to strike in this way and about this issue in particular, but just how they pulled it off. Do they believe political activism is a civil responsibility — or the only option? What are their goals, fears, stories of success? And what kind of childhood paves the path to such an advanced level of informed, organized activism at 15 years old? 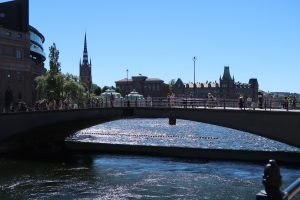 Fridays for Future may be the largest social justice movement in history, but it’s not one-of-a-kind. From the Vietnam War Protests to Tiananmen Square, from the March For Our Lives to the Sunrise Movement, youth with little to no political power have turned to mass activism to make their voices heard. In their turn, these youth activists have battled entrenched systems head-on, urging their leaders and societies to broach the subject of genuine change. Greta Thunberg, founder of F4F, is the poster child of head-on confrontation with entrenched systems and their leaders. To Thunberg, climate change is a black-and-white issue; we act now, in full, regardless of politics or feasibility, or we fail the planet and ourselves. She’s explained this to the UN. But are her actions and the message of her fellow strikers sufficient in redefining the meaning and scope of an ethical life for the rest of us? Will her example move us toward real, practical changes in lifestyle, belief, and worldview? And will it be enough?

My hope for the article, podcasts, and photo album which will document my journey toward these answers is to communicate a piece of the F4F students’ infectious energy and moral imperative with those who may be oceans away and decades beyond. If Greta is issuing call to arms, this project is a step toward my response. 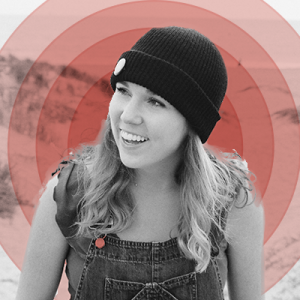