A Meeting
The other day a man went to work, but on his way, he met another man, who had bought a loaf of polish bread and was on his way home, to his own place.
That’s about all.
— Daniil Kharms, Incidences

“I am interested in the individual psyche,” I always say while trying to explain my academic interests. I have yet to find a less pompous or more specific way to formulate this sentence. Exploring the individual psyche (I admit, usually my own) is why I am drawn to Russian literature and how I ended up in Moscow this summer. Over the next eight weeks, I will reflect on the question: How can we ethically seek to access the subjectivity of another person?

I expected the most valuable insights into these questions to come from Nikolai Gogol or Daniil Kharms, but instead, a Russian babushka facilitated my ethical growth. While checking out of a grocery store in a sleepy suburb of Moscow, I inhabited a state of near automation: unloading the groceries onto the check-out stand, bagging them, and finally placing my basket on a stack of baskets being collected by an employee of the store. Suddenly, her stare of amused disbelief ruptured my consumerist slumber. Thoughts of bread and bananas dispersed as I studied the older woman and waited to understand the rationale behind such intense affect in a grocery store.

“Shame on you!” she exclaimed. “Forcing a babushka to carry it! The youth these days!” A chorus of shopping babushki instantly chimed in, “The young people these days. Unbelievable.” I apologized in a daze to the babushka and left the store as quickly as possible. On the walk back to my apartment, I forced myself not to immediately repress the unpleasant experience and instead examine it.

I realized that I had failed to so much as look at “the employee” before she demanded my attention. Instead of an older woman or even a human being, I had registered only the red vest worn by the store’s clerks. The decision to place my basket on top of the others had not even been fully conscious. I had implicitly assumed, “She is collecting baskets because it is her job. Because it is her job, she is compensated for doing so. Because she is compensated, I have moral license to hand her my basket.” I was unpleasantly surprised to discover how profoundly I have internalized the logic of capitalism—to the extent that I am automated by it and neglected to think that I might be burdening the woman.

Ironically, earlier in the week, I had been reading the Russian avant-garde writer Daniil Kharms’s Incidences, a series of fragmented and surreal stories about city life. The grocery store is probably the central topos of these tales, which ceaselessly stage the consumerist indifference to and instrumentalization of others along the individual pursuit of self-advancement. How had I not realized I was enacting my own Kharmsian incident in the grocery store, when my disgust at consumerism had been so vividly conscious while reading Incidences?

I am reminded that cultivating better understanding of ourselves and others is one of the things literature (and its authors) can do. In this sense, writing fiction becomes an ethical act. Over the next few weeks, I want to think about whether we have an ethical responsibility to literaturize life, to unravel the semiotics of the vest in our everyday lives, to offer to people the hermeneutic generosity we reserve for characters. 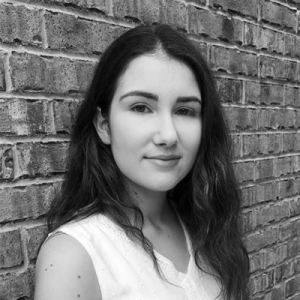