Let’s Talk: The N-Word and Anti-Blackness in Asian American Communities

I didn’t realize this was still something that had to be emphasized in 2016, but let’s talk about it: unless you’re Black/African-American, it is not okay for you to say the n-word. No, not 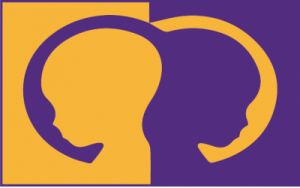 There are other excuses people will throw out to justify the use of that word, excuses that ultimately bring about ahistorical erasure of the word. The word has been used in extremely violent, derogatory, marginalizing, and oppressive ways and embodies much of the black population’s history, from slavery to the Civil Rights Movement to Jim Crow laws and Post-Reconstruction to the modern day mass incarceration and police brutality. To use the word is to flippantly dismiss the dehumanizing, pathologizing, demonizing, and violent history squeezed into the word. This perpetuates the cyclical indifference and apathy towards the act of having humanity constantly and systematically denied from a marginalized, oppressed group.

As someone who identifies as East Asian American, I want to especially call to fellow Asian Americans to address anti-Blackness within our community. Recently, two Asian American students at Washington University in St. Louis were slammed for their Snapchat picture in which they painted their faces with pseudo “African tribal” designs from skin care masks and captioned it, “We’re in the Zulu tribe.” Many think of Black people as dangerous or lazy. Asian Americans partake in colorism heavily, which results in disdain for darker skin tones. We buy into the bemoaning of affirmative action and how oppressed we are for having such a low chance of getting into an Ivy League college.

I want us to explore the model minority myth which definitely hurts us, but also reevaluate it as something that’s leveraged against the Black community in toxic, harmful ways. It’s easy for us to slip into the blind common sense that otherizes and demonizes Black people. This is because many of us have little to no exposure on Asian American history and the drastic change in general public consensus on Asian Americans. As a result, we float towards white assimilation but always drift around the edges. Of course, this applies more for East Asian Americans, since South Asian and Southeast Asian Americans generally face greater class and racial discrimination.