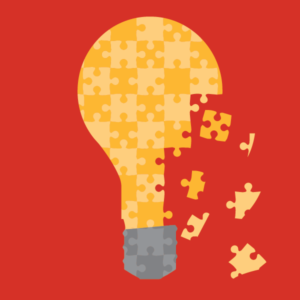 Problems are not “puzzles” to be solved. That metaphor assumes that all the necessary pieces are already on the table, they just need to be rearranged and reprogrammed. It’s not true.

Benjamin H Bratton, a Professor of Visual Arts and Director of the Center for Design and Geopolitics at the University of California, San Diego delivered a TED talk entitled “What’s Wrong with TED Talks?” He did not like the fact that TED talks oversimplify complicated problems. He states that “a TED talk is a combination of epiphany and personal testimony. The speaker shares some personal story of insight and revelation, its trials and tribulations. What does the TED audience hope to get from this? A vicarious insight? A fleeting moment of wonder? A sense that maybe it’s all going to work out after all? A spiritual buzz?”  The audience is shown the journey of the speaker from the light bulb moment to the solution of the problem.

This intense oversimplification mirrors my experience with the Global Health department at Duke. It feels like I sit in a classroom and I am told over and over again that problems in Sub Saharan Africa can be solved by simply educating and empowering the local people. There is talk that it is important to consider the context, but there is a huge assumption that understanding the culture, the politics, and issues is also a simple endeavor, and this is frustrating for students who actually come from Sub Saharan Africa and cannot claim to understand their complicated countries. This is not because we do not care, but because one has to understand colonialism, exploitation, history, cultural norms, and many other things. Bratton asserts that “transformation” can only occur if we go through the hard stuff such as “economics, ambiguities and contradictions.” It is also important to understand the strengths of these societies and figure out how they can be used.

This is not about demonizing TED talks; I learned about feminism from TED talks by the writer Chimamanda Ngozi Adichie, and these talks taught me more about my identity than I have ever heard in my life. However, by reading Angela Davis, Claudia Jones and many other feminists, I have better understood the birth of patriarchy and the role capitalism played at the end of feudalism. By taking the time to explore the topic, I have also learned that mainstream feminism sometimes ignores the other types of oppression black and brown women face that has to be acknowledged and understood in order to make the movement help every woman.

We need to realize that everything is complicated and that we need to respectfully try to go deep and understand the complexities. It is time to acknowledge that in our pursuit for answers that will change the world, every problem has become a set of puzzle pieces.