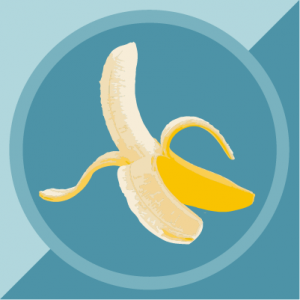 Apparently we must remain vigilant about alternative facts in every aspect of our life… including our sex lives.

Sexual education is primarily stuck in the puritanical thought. Students are taught only what they need to know: “Here is how your body is changing, here is what you need to do to take care of your body, here is the purpose of sex in reproduction, and here is how reproductive sex works.” Any education beyond this point varies in content. Sexual education may be abstinence-based: if you don’t want to get pregnant, don’t have sex. In 2014, 76% of all public and private high schools in the United States taught some form of abstinence sex ed. It may be more effective and teach students about contraceptives like condoms and the pill. Even more progressive programs will teach students also about STDs, other forms of contraceptives for females like IUDs, shots, etc, and homosexuality. The likely least-covered topic in any sex ed program is pleasure.

However, there is an undeniable link between sex and pleasure. If sex ed ignores pleasure completely, porn’s purpose to stimulating sexual pleasure serves as a substitute. What this means is that people ignorant about the robust information regarding sexual activity, health and pleasure, try to correct this ignorance with false information. This results in a very ignorant populace.

Which leads us to the question: Who is responsible for correcting the problem of ignorance propagated by poor sex education?

Knowledge is typically considered something that benefits society as a whole. It’s important that we know 1+1= 2, the history of the American Revolution, the Civil War, our rights responsibilities as citizens, how to read and write so we can learn more and communicate, etc. This knowledge is widely accepted and taught in schools. Knowledge about religion, relationships, personal principles, and sex are not as widely accepted, which is why we expect individuals and families to teach children about these topics. Some believe romantic relationships should only exist between a man and woman and that sex should only occur between a married couple. Some believe healthy relationships and safe sex are more important.

Even me, an economics major who believes in the power of capitalist system to create efficient outcomes, thinks sex and relationships are one thing businesses should leave alone.