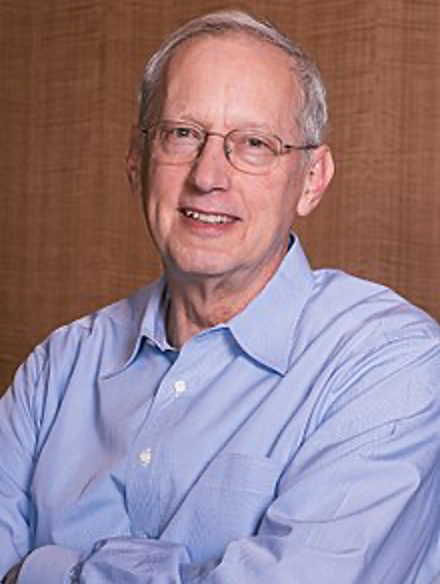 Dr. John P. Sall  is an American billionaire businessman and computer software developer, who co-founded SAS Institute and created the JMP statistical software. Dr. Sall grew up in Rockford, Illinois and earned degrees in history, economics and statistics. In 1976, he joined others from North Carolina State University in co-founding SAS Institute, an analytics software company. Dr. Sall currently owns about one-third of SAS Institute. Dr. Sall is heavily involved in conservation, international health and development, and environmental issues through the Sall Family Foundation. In this interview, we discussed his path to founding SAS and its transformation over time – specifically focusing on business ethics and corporate social responsibility.

Bhamini: Where did you grow up? What were your early years like?
Dr. Sall: I grew up in a small city in northern Illinois. I tended to be a science nerd as a kid. Then, in high school, I became interested in athletics. But, I returned to my science interest a little later. My early years were nothing remarkable. I attended a number of colleges and I struggled for many years in higher education early on. I didn’t have the discipline higher education demanded until much later.

Bhamini: What is your education background and what point did you decide to found SAS?
Dr. Sall: After I graduated, I realized I had no marketable skills. So, I went back to university to get skills for a career. I focused on economics, statistics, and computer science. I eventually got really good at the last two — statistics and computer science. At NC State, I landed a job as a helper to do data analysis for professors. I quit this program and landed a job as a programmer for the SAS project in 1974. My background in statistics and my extensive coding practice made me a good addition to this team. SAS started and grew out of academia. But, quickly, it became clear that it outgrew the research of professors and scope of academia. The software was adopted by agricultural researchers and we had general consumers. We realized we needed to expand because this is was more of a business than a university project. We secured a separation agreement from the university and moved across the street to start selling licensing agreements. It’s interesting looking back on this now, because when we were at NC State, they didn’t really consider themselves an incubator. But now, it’s cool to see the environment that NC State and other universities have fostered in terms of encouraging those entrepreneurial ventures.

Bhamini: SAS was originally founded to analyze agricultural data. How did it transform into the company and range of services that it provides today?
Dr. Sall: Yeah, SAS was originally part of the department of statistics at NC State, with a focus on agriculture. Initially, we had the support of the USDA when we were concerned solely with agricultural research. I think SAS grew and expanded because we decided to go where the opportunities were and line that up with what our expertise looked like. Specifically, there were two things that led to our growth. One, corporate research in the area of pharmaceuticals. We were really well-versed in and good at mixed models and repeated trials. This opened us up to gain a lot of customers in this area. The other thing is data processing — which we became very good at. In fact, one of our earlier customers was State Farm. They had a lot of data and we were really good at analyzing it. So, I think we followed the customers and became more popular. We obviously went through lots of evolutions — partly guided and led by customer opportunities and partly by the technology and partly by what we were good at. It was a sequence of opportunities.

Bhamini: As one of the leaders of a very large multi-billion-dollar corporation, how do you make decisions in a way that satisfies stakeholders and corporate financial interests while maintaining/ensuring ethical practices? How does this translate to your personal life and vice versa?
Dr. Sall: I think one of the most significant things is that we are a privately held company. Because of this, we don’t care so much about quarterly reports and we don’t have the same pressures that a public company does. Especially the reporting pressures and such. Because we are a private company, we are in somewhat of a unique situation in that we can do things that are much harder for public companies to do. For example, we value serving the interests of employees and we have always been a great place to work. Even in the beginning, a YMCA membership was part of employee benefits and this eventually led to our recreation and fitness center when we expanded and got our own campus. As that services we provided to employees took off, I think we definitely became a pioneer in many areas. For one, we started corporate daycare in the early 80s — which was quite unusual.

Bhamini: In your opinion, how should corporations (from conception) and corporate leaders approach ethics and human rights throughout their lifetime?
Dr. Sall: I don’t think we think about ethics in the right way. In terms of ethics, we have to try to have managers that treat their staff well and robust training programs. Treating our employees well is part of what characterizes us as a good place to work. We also don’t discriminate, and we hire people that have high respect for everyone else. We support women, racial diversity, and sexual orientation diversity. And, we don’t impose political views. To be fair, I am a technical guy on the more technical side of things. I don’t think about this too much, but we have lots of people who advise us on how to create the best work environment for our employees and ensure they’re taken care of.

Bhamini: What are the most rewarding and challenging parts of your current work?
Dr. Sall: As a highly technical product, we have pretty smart users and customers. So, being close to them and getting to know them and having a lot of correspondence with them is a big source of delight for us. It’s amazing to be able to see how valuable our product is in their lives — to see it make a big difference. Particularly, like in my division, my product is more personal and affects people more directly. We get a lot of delight out of their delight. It gets us motivated for our work — all of our staff are highly motivated. It’s interesting — many of our sales and marketing people are former customers we recruited because of their background and experience and who loved our products. I really do enjoy the close connections we develop that help us formulate the right tools. Additionally, I care about a lot of causes philanthropically, that are not necessarily directly related to work — like energy initiatives. I am excited that I get to work on these issues that are personal passions of mine. For example, I am happy to see that we adopted the 2050 carbon-free goal. And, the Goodnights are champions of education. We have departments formed to serve that and we have our own educational lobbyist. I’ve supported areas more in the environment, conservation, international development, health, and science. Our foundation supports those very vigorously — but it’s more directly part of the company. Nonetheless, it’s something I enjoy getting to contribute to and be a part of.

Bhamini: In what ways has your mindset towards corporate social responsibility and business ethics to promote social good changed throughout your time at SAS, and with the growth of SAS and its capabilities?
Dr. Sall: It has been a gradual change for sure. For example, we didn’t care so much about energy efficiency in the first 20 years, mostly because we couldn’t. In this aspect, we have really grown and I think that’s true of most companies. Initially, we didn’t care if it wasn’t relevant to our bottom line.

Its been gradual — we didn’t care so much about energy efficiency in the first 20 years I think this trend is true with all aspects of corporate social responsibility. For example, with diversity in our company and endeavors. We have embraced and supported the LGBTQ+ community and hire nuerodiverse interns. The real pioneer in this aspect — for hiring nuerodiverse interns — is SAP. The pioneer for corporate social responsibility in general is Unilever. So, we have definitely taken inspiration from companies. For many years, we have been recognized as a leader in CSR in many different ways. I have twice been to Walmart HQ because of their work with NGOs that I am involved with. Walmart may not be respected for some tings, but they are respected for their energy initiatives and for their supply chain initiatives and better cultivation practices. There are a lot of corporations that I have huge respect for that I think have contributed to my changing mindset and approach in these areas.

Bhamini: What advice do you have for other students interested in engaging with the intersection of business and human rights?
Dr. Sall: I think, primarily, it should be a part of all business curricula to develop a mindset on improving you Human Resources department and employee and corporate culture — specifically, I think having a culture of respect and good CSR and environmental responsibility and accountability and transparency. While I was not trained in business, because I was trained technically, I think this is really important. Right now, the Black Lives Matter movement has emerged really strongly, and policing reform has been huge. I’ve had to look at that issue and understand it to educate my staff and make a speech about it. I have had to look at that issue and think about what I can do because I care about it — so we started analyzing data immediately. I think this is generally true, when we are either forced to confront issues or look at them out of our own passion and interest, we tend to formulate a new set of priorities and attain collective progress. 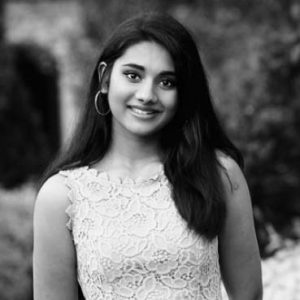