Lasting Legacies and the Decolonization of Modern Global Health (February)

“Any western medical institution more than a century old and which claims to stand for peace and justice has to confront a painful truth — that its success was built on the savage legacy of colonialism.” – Richard Horton, editor of The Lancet

Last month, we opened up the discussion about how restricted aid can deliver strong messages about human rights; at its best, saving lives and preserving quality of life and at its worse, serving as a powerful tool to perpetuate human rights violations. This delicate relationship largely results from the complicated and unfortunate history of the evolution of global health from its roots in colonialism.

In today’s world, the goals of global health aid aim to generate equity and improve quality of life, yet the field continues to be marked by the unequal power dynamics of racism, classism, and residual exploits of the global colonial past. ­While nearly all colonies have been emancipated, terms like “global health” and “international aid” are still tied to old colonial powers and their sociopolitical ideologies. The division between the global north and south demarcate unequal distributions of power: The North being rich, providing aid, and the South being poor, needing aid—a dangerous notion to perpetuate. In only the past few months, there has been a rise of the movement surrounding the decolonization of global health, of eliminating such neo-colonial power dynamics, and ushering in a more humane path to development.

In the following post, we will explore changes in aid itself over the last decade, as well as its subsequent ramifications on health and human rights. The landscape of global health aid has changed both figuratively and literally, even down to the minutiae of data collection. Satellite imagery has become increasingly widespread and inexpensive, enhancing the ability to consistently source data on poverty, disease, and the human environment. This information feeds into a system of aid distribution that is also changing in composition: instead of the transfer of goods and services, there is a growing inclination from aid donors to directly donate money and let recipients decide how best to spend it. “Cash transfers” as they are referred, is projected to only grow in popularity in the years to come.

But are these newly popularized cash transfers doing their job? Studies in Rwanda answer with a resounding no. Pilot tests of cash transfers spanning multiple years showed no improvements in poverty rates, nutrition, or hygiene. In fact, these grants were often used to pay down individual debts, rather than being diverted to better feed children or other goals. This implementation problem has persisted throughout the decade and may require the dismantling of structural limitations—rather than just changing the means of distribution.

Aside from the actual composition of aid itself, the distribution of aid has also been in flux over the past decade. The lack of stability in aid distribution has powerful effects on those who receive aid and those who cannot. A remarkable incident of this can be examined through contemporary shifts in aid policies in Tanzania.

Over the last few years, Tanzania has cracked down on same-sex relationships–punishable by 30 years in prison–and any institutions that appear to support them. In 2017, Tanzania suspended over 40 community clinics that provide HIV/AIDS care, accusing them of promoting homosexuality. Meanwhile, over 1.4 million people in Tanzania live with HIV/AIDS. International aid agencies responded in horror. Denmark announced it would withhold $65 million in response to Tanzania’s anti-LGBT policies. The World Bank followed by withholding $300 million. Actions that seemed like a firm middle finger to the Tanzanian government and unyielding warnings to change its ways. But this doesn’t just hurt the government, it hurts the people. It hurts the people who are already disadvantaged, those who are labeled illegal, those who must already fight desperately for health care. Tanzania won’t be able to win the war against HIV if its policies discriminate against minority groups, and any international aid won’t be able to either if it never reaches these exact groups who need it the most. These power dynamics are not new problems in the world of development aid; however, it seems that even with Tanzania’s political stability of increased economic growth over the past decade, the nation still finds itself in the hands of overseas powers. While the right to health has generally increased, acute policies like these may act as a step in the wrong direction.

Beyond the effects of changing international health aid policy on vulnerable patient populations around the world, dynamic changes over the decades have also, at times, risked the lives and rights of healthcare workers themselves around the world.

Since the Ebola outbreak in the Democratic Republic of Congo began almost two years ago, a spotlight has been shed on the abundance of violence faced by healthcare workers. Hundreds of providers are killed while providing critical medical care, despite the establishment of health care neutrality (noninterference with medical services during conflict) originating from the Geneva Conventions. When health aid becomes muddled with the political implications associated with donor and recipient agendas, this aid can be powerful artillery in not only saving lives, but also costing lives. Aid efforts can often be dangerous to deliver, jeopardizing the lives of the very people tasked with protecting others. These dangers, however, have only increased over the past decade with the rise of global powers and polarizing political agendas.

And when all of these threats against human life compound, the harm is truly greater than the sum of its parts. Perpetuating these problems will undoubtedly stifle development, infringe on political freedoms and choices, and bolster human rights violations that have compounded over a long and complicated history of global health aid. 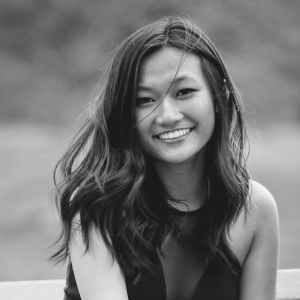