“Things can’t carry on as they are,” said Angela Merkel, resigning her post as leader of the German Christian Democratic Union (CDU) on October 29th, 2018. “The time has come to open a new chapter.” Merkel will see out her term as German chancellor to its completion – in 2021, unless she loses a vote of confidence in the Bundestag, Germany’s national parliament, before then – but late last year, her party and its partners suffered devastating defeats in two elections widely considered a referendum on Merkel’s immigration policy. In the western state of Hesse, the CDU barely clung to control in coalition with the Green Party, while in Bavaria, the Christian Social Union, sister party to the CDU, surrendered the majority it held for all but three years since the close of World War II. Throughout my semester with the Kenan Rights Writers program, I hope to examine the forces which precipitated the close of the Merkel era, especially the rhetoric at work across the German political spectrum on migration. 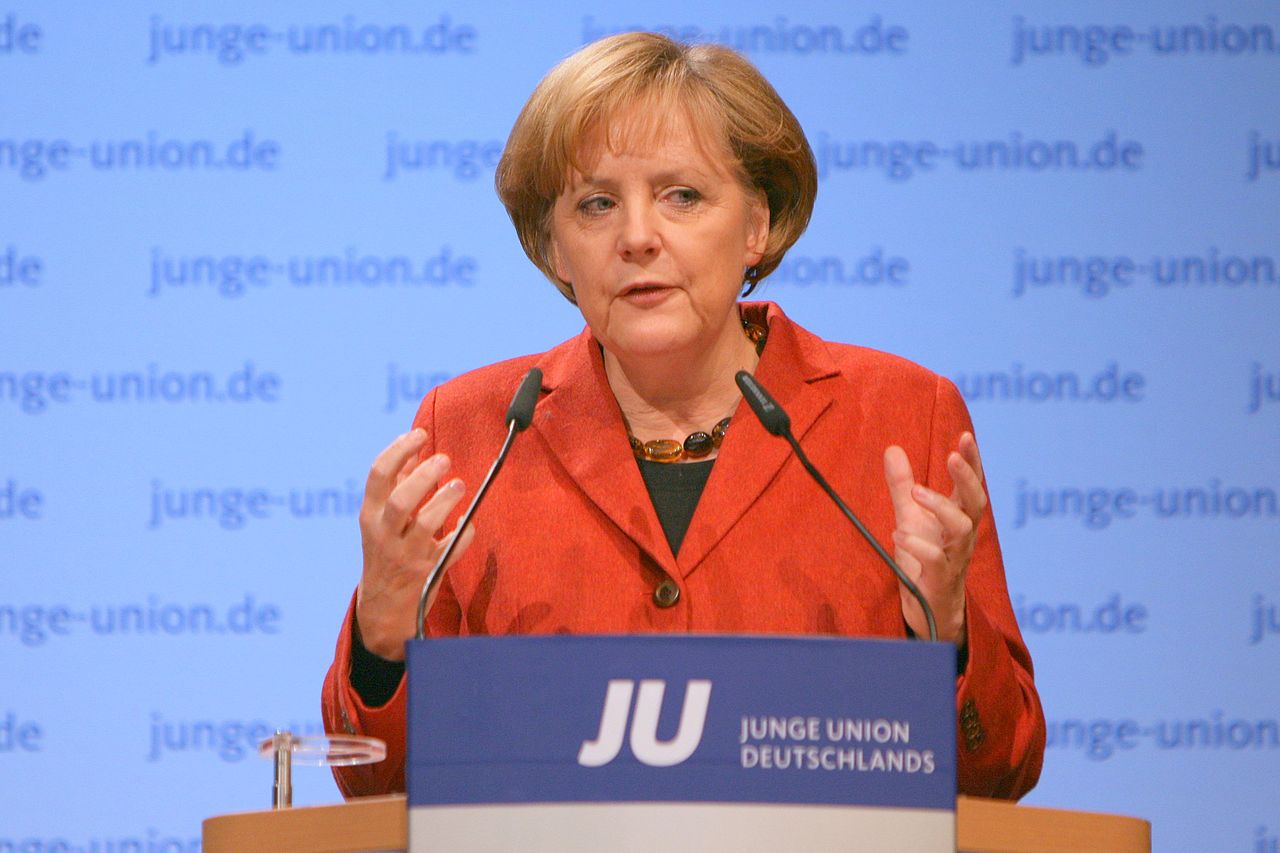 Though Merkel has governed Germany since 2005, her center-right party (by German standards – the CDU embraces government intervention to strengthen competition and opportunity, while also favoring the European Union) has faced heavy attacks from the far right for several years. Merkel characterized her momentous 2015 decision to accept one million refugees swept primarily by the Syrian Civil War into Germany, which, as a signatory to the 1951 Refugee Convention, was obligated to honor their human right to seek refuge from persecution, as “what is morally and legally required of [Germany]. Nothing more, nothing less,” but German nationalists have countered her position with xenophobic rhetoric.

The Alternative for Germany (AfD) party, founded in 2013, exploded in popularity when it shifted its focus in 2015 from anti-EU lobbying to criticism of Merkel’s migration policy. No matter the circumstances which drive individuals to flee their homelands, AfD argues, Germany should abolish individual immigration hearings and immediately deport criminally offending migrants and those whose extended-stay petitions are denied. AfD’s leaders have also advocated for making international development aid contingent on reduced emigration, which they claim will rescue a nebulously-defined German Vaterland – here, AfD’s Bjorn Höcke deploys the term tainted by Nazi adoption – from impending destruction.

Despite their harshness, AfD’s demands have found favor with the German populace. In 2017, AfD won seats in the national Bundestag for the first time, and its capture of 13.1% of the vote in Hesse and 10.2% in Bavaria, to win its first seats in both states’ parliaments, was the ultimate catalyst for Merkel’s resignation.

The party’s anti-immigration broadsides, however, are far from the only far-right perspective saturating German public discourse. Founded in 2014 by butcher’s son and former nightclub owner Lutz Bachmann, the PEGIDA movement, whose acronym translates to “Patriotic Europeans Against the Islamization of the West,” has built support throughout Germany and overseas, hosting marches as far-flung as Oslo and Toronto. Its membership runs the gamut from known leaders of the neo-Nazi National Democratic Party to more ordinary citizens who, as a German shopkeeper put it to the New York Times, “don’t really know why they are going along” but have nonetheless been caught up in Bachmann’s political theater. 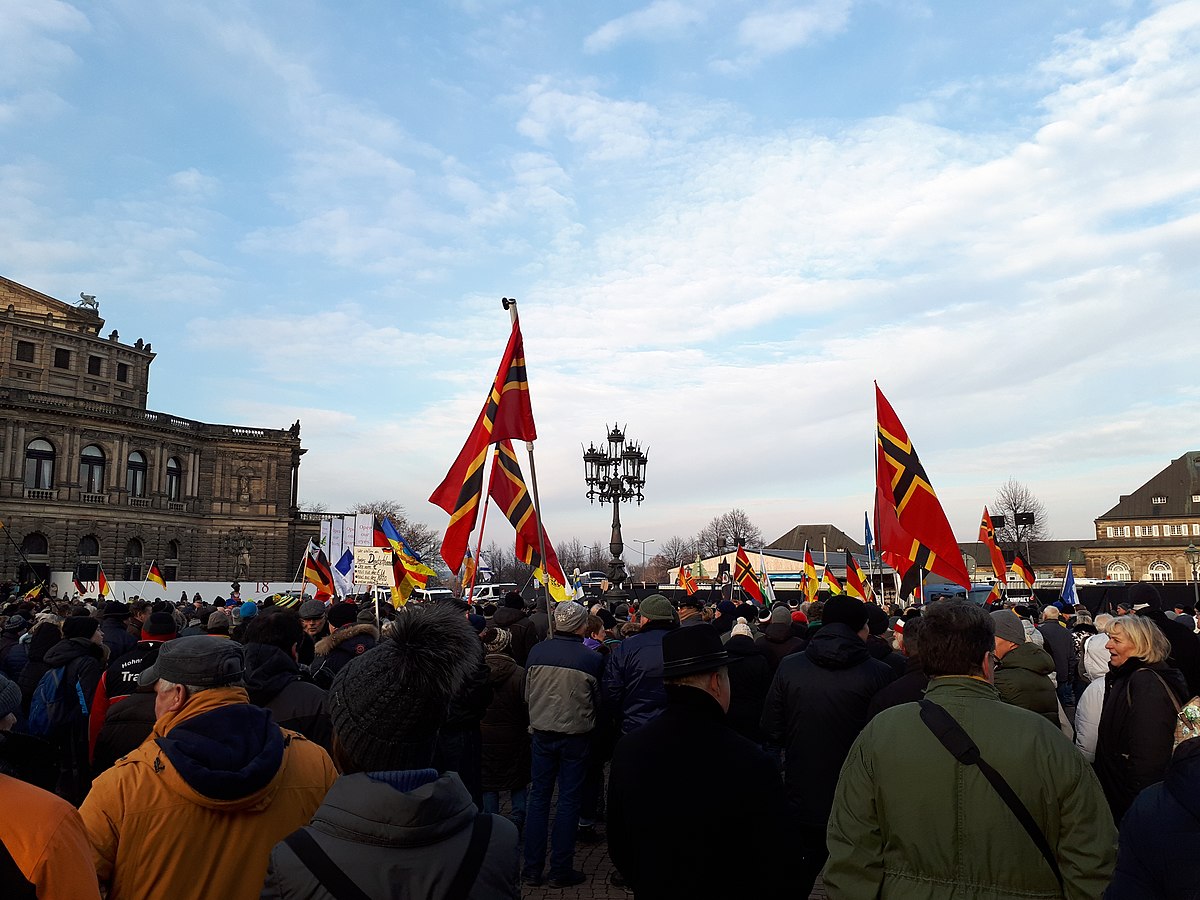 Yet despite its seeming homegrown innocuousness, PEGIDA and its offshoots have demonstrably sown harm and violence throughout Germany. From the second to the third quarter in 2015, attacks on migrants and hostels more than doubled, following 2014’s tripling of 2013 numbers. These assaults swelled further in 2016 to almost ten every day – injuring 560 people, of whom 43 were children. Following Höcke’s revival of the Hitler epithet lügenpresse, “lying-press,” journalists, too, have become a target both verbal and physical: a 2015 march organized by LEGIDA, PEGIDA’s Leipzig branch, turned nasty when protesters began spitting on journalists and attempting to disable their camera equipment, then assaulting police who arrived to quell the violence.

So as Deutschland’s stalwart Merkel, who fused her own Christian faith with Muslim ritual to celebrate German diversity and migrants’ rights, enters the twilight of her reign with nationalism seething ahead of her, I hope to examine the past. It seems astonishing that Germany, which only decades ago reckoned with Nazism’s obliteration of its institutions and still outlaws National-Socialist imagery, has so fully recovered its taste for extremism, but I believe the rise of its new right offers insight about the profound power rhetoric holds.

PEGIDA and AfD have already grasped the sway their words can grant them. Preying on the disillusioned, who have long felt that mainstream politicians like Merkel manipulate constituents; the impoverished, whose job anxieties the far-right stokes; and conservatives alienated by Merkel’s leftward shifts on gay marriage and immigration, they weaponize language evocative of a prosperous, if genocidal, German past to erode human rights in the present. Merkel, in contrast, invested enormous political capital in moderating these groups’ influence and, by doing so, likely mitigated the further outbreak of nationalism.

For the duration of the Rights Writers program this semester, I intend to focus largely on German discourse, though next month I will examine these migration debates in the context of the United States. Throughout, I hope to discuss the human rights often at stake for migrants – educational opportunities, healthcare access, and safety from violence, among others – and the ways in which rhetoric concretely promotes or endangers them. I’m grateful for the opportunity to examine these issues in greater depth and for the reminder that, abstract and detached though it may seem, language matters, our words have impact, and, when carefully poised in support of human rights and justice, they may yet be able to shape our world for the better. 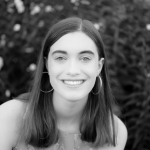