My friend recounted a frustrating story. She was in a meeting, and, she couldn’t understand how her peers would interrupt each other and disregard the quieter voices in the room. This was especially bothersome for my friend when the quieter voices had more experience than the louder voices tackling the specific problem at hand. This was one of those times.

She was the quieter voice with sui generis experience solving the issues they were talking about. However, each time she spoke, other voices would pipe in before she could even finish a thought. Instead of getting frustrated (as is her typical recourse), she sat back, and quietly looked around wondering what world these people were living in. What was the water that they swam in and how could she let their river flow right through her, so that she didn’t get bothered by their behavior?

In her reflection, I realized that this was not the first time I heard about this phenomenon. Some of my other peers would recount that during their summer internships they sat in meetings witnessing the same pattern. And, as a result, meetings that should have taken thirty minutes took over an hour. The inefficiency was astonishing. 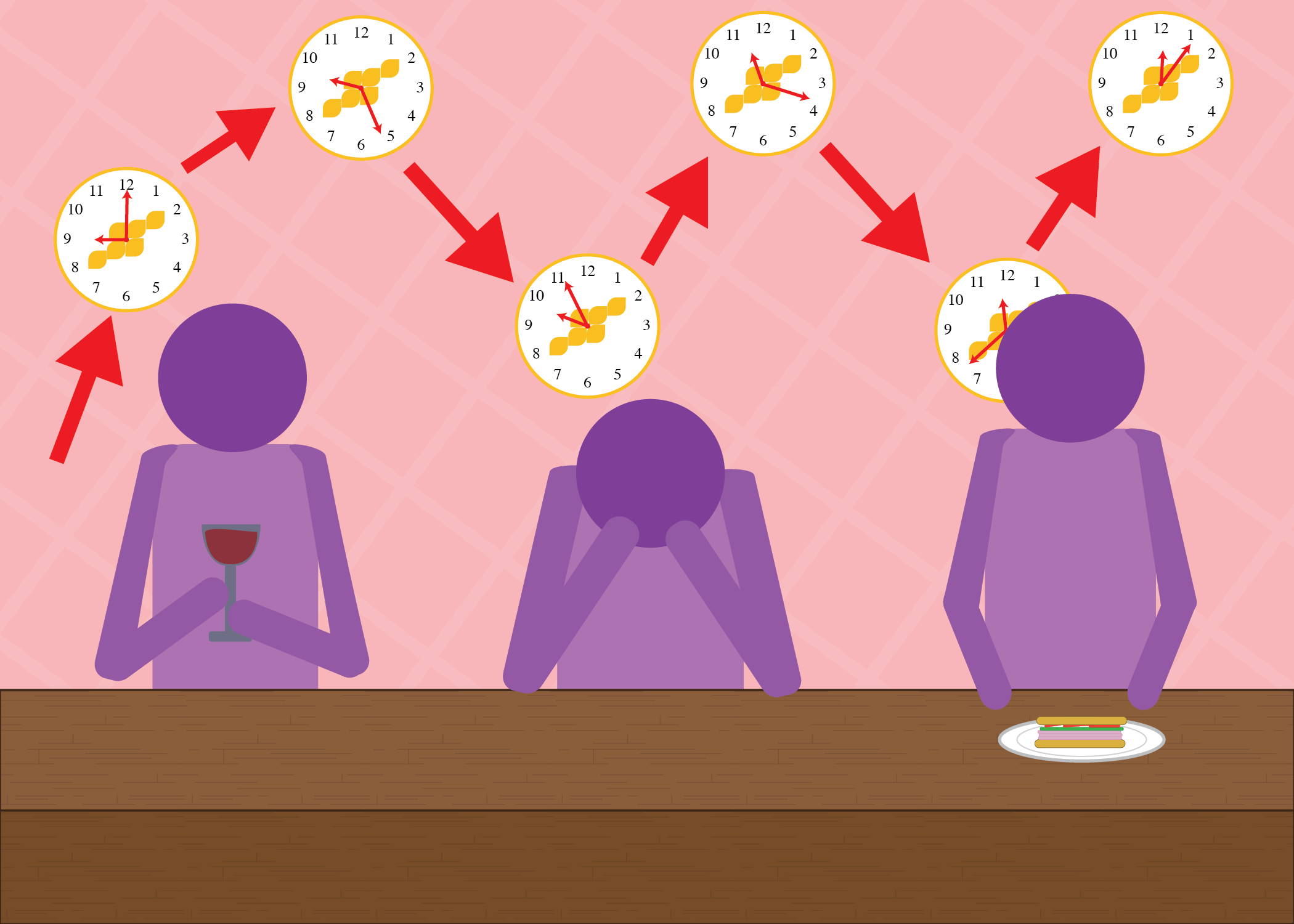 My friend exclaimed: “People complain so often about meetings (especially long ones) and yet they are the cause of their own problems. How is it that people don’t recognize their hypocrisy?”  I smiled as I recalled my former supervisor’s advice: “it doesn’t matter how poorly a meeting is run, as long as there is good food and wine people will leave happy.” I was processing these thoughts as my friend continued with her story.

And then, my friend suddenly paused. She, in a moment of genius, had three realizations about working in groups that she listed: “1. People aren’t being hypocritical by complaining and then extending meeting lengths, they actually enjoy meetings, or at least enjoy bonding over complaining about them. 2. People care less about the actual results and action items of a meeting and more about whether they feel like their voice was heard. 3. When all else fails, good food will ensure success, like a good insurance policy.” I smiled at her excited statement. Shortly afterwards, she turned these realizations into the three “Golden Opportunities” that explain when (according to her) people will forego meeting efficiency:

She finished her realization by terming these things the “Kindness Rules,” because they involve actions that are commonly regarded as “kind gestures.”

My friend explained that she felt like J.P. Finch from How to Succeed in Business Without Really Trying as she finally understood the world that her compatriots operated in.  It was a world in which “efficiency” and “end product” were said to be the gold standard, but in reality a radically different thing was: kindness. Instead of good work driving kindness, kindness drives good work.

My friend then looked upset. “How can people live and perpetuate this fabrication? And, why should I conform to it?” she exclaimed. My friend paused for another moment before continuing with “This reminds me of kindergarten.”

I gave her a confused look. She elaborated, “I was the one kindergartener who knew that there was not fat man in a red suit coming down anybody’s chimney, and yet come Winter time I would listen with a smile to my peers who would recount stories about this man. I remember laughing to myself at the ridiculousness of their stories, always following Kindness Rule number 2.”

She paused again… “You know, if I could do this with my peers in Kindergarten, then why can’t I do this as a young adult with my coworkers in meetings?…

Our conversation ended there, but I was curious to see how my friend’s outlook had changed so I followed up with her a few weeks later.

My friend now approaches meetings differently. She enters into meeting spaces with her “Kindergarten Kindness,” knowing that this will ultimately lead to the best outcome. She explained to me that during the next meeting she spoke up, smiled, and understood that efficiency looks different for everyone. At the end of her meeting, she was thanked for helpful contributions and encouraged to speak up more often. I smiled at this final point and began to imagine how to integrate Kindergarten Kindness into my life too.