taken from “The Future of Gen Ed” by Colleen Flaherty (insidehighered.com):

The Future of Gen Ed: 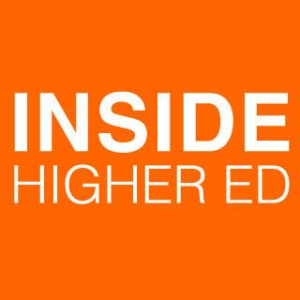 Is gen ed worth the fight? Speakers at Wednesday’s Inside Higher Ed Leadership Series event, The Future of Gen Ed, think so. The sold-out all-day meeting, held at Gallup’s headquarters here, featured conversations on why general education matters more than ever, along with data-driven arguments for gen ed. Other speakers offered thoughts on challenges and lessons learned in their own institutions’ gen ed reforms, and whether diversity should be a program requirement.

Geoffrey Harpham, visiting scholar and senior fellow at the Kenan Institute for Ethics at Duke University and former president and director of the National Humanities Center, talked about the namesake figure of his 2018 book on the “golden age” of education, What Do You Think, Mr. Ramirez?: The American Revolution in Education. Harpham once met a Mr. Ramirez (that’s a pseudonym) during a campus visit and described how general education transformed the man’s life.

Ramirez went from being a penniless Cuban refugee in 1960s Florida who spoke no English to a professor emeritus of comparative literature. The turning point was when he enrolled in a community college and was forced to take a course on Shakespeare. A professor asked him what he thought about some topic of discussion — the first time anyone had ever done so. Ramirez was too embarrassed to answer at the time, as he thought he had nothing to say and “no thoughts at all.”

But of course he did have thoughts and things to say. He just needed someone to ask him the right question.

Harpham said he’s under no illusion that we’ll return to that golden age of general education. But he said he does hold out hope that general education survives as a powerful democratizing force and a “common commitment — variously realized to be sure — to a common culture that we all share and have a responsibility for.”