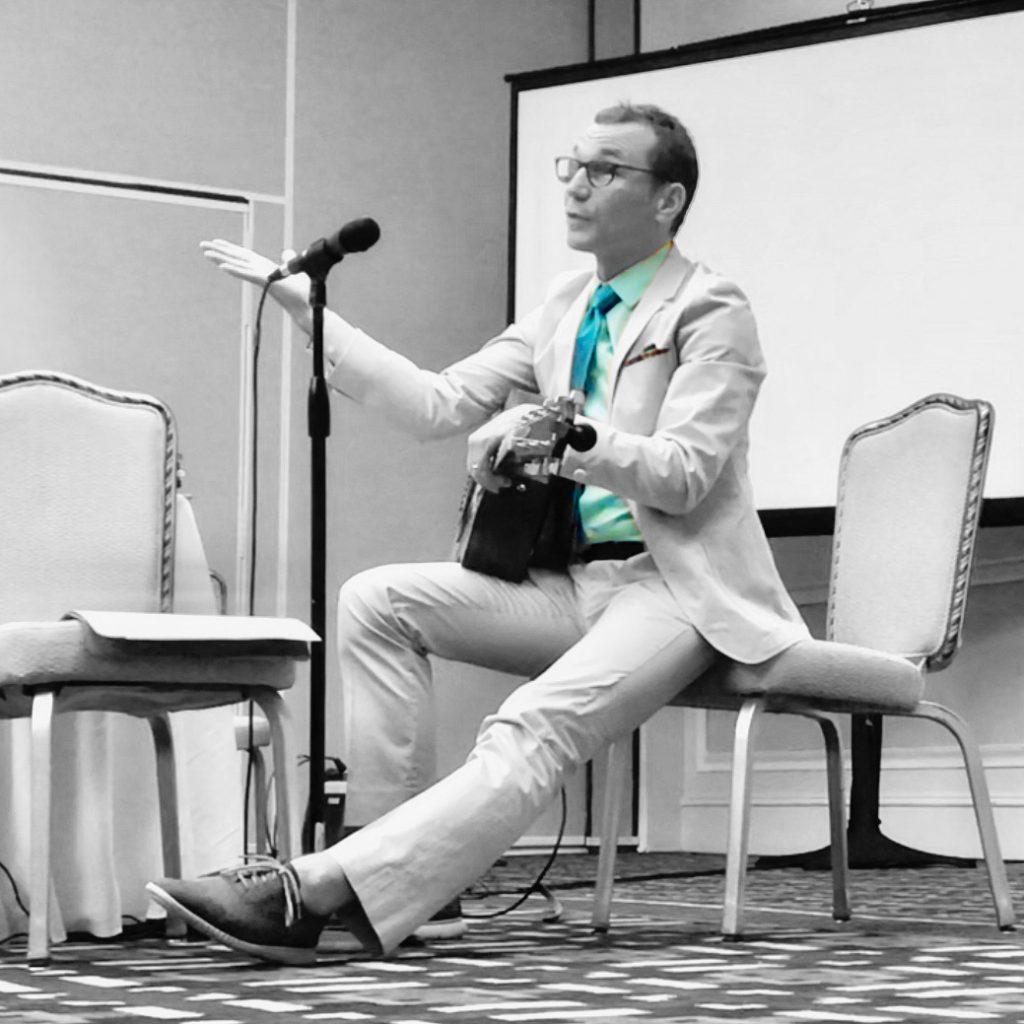 Last week, Kenan Faculty Wayne Norman (Mike and Ruth Mackowski Professor of Ethics) presented at the Annual Conference of the Society for Business Ethics.  Along with co-presenter Eric Orts (Guardsmark Professor at the Wharton School, University of Pennsylvania), the pair traced their project’s beginning to “one of the familiar Agoras of our time, a pub in the vicinity of the Wharton School.”

During that conversation, Norman and Orts  discovered they each had been using the same parts of Plato’s Republic in their business ethics courses. Just as relevant today, they agreed, the questions revealed in Plato’s dialogue can be applied to modern-day and highly-sought businesses — from Wall Street to Silicon Valley.

In the context of the lives of these future business leaders leaving Duke and Wharton, Norman and Orts have devised a methodology to bring to their business ethics classes these questions and the overriding: Why be ethical if you can get away with being unethical?

Now, while philosophy undergrads live for this stuff, these are not exactly the kinds of questions that lead smart young adults into business schools. But Plato brings it all to life with a conceit that has become the staple of almost every superhero and supervillain backstory in the various comic book universes (or multiverses): what if you had a magic power that enabled you to get away with the most outrageous crimes?  Would you use that power? Would you be crazy not to use that power? – Wayne Norman 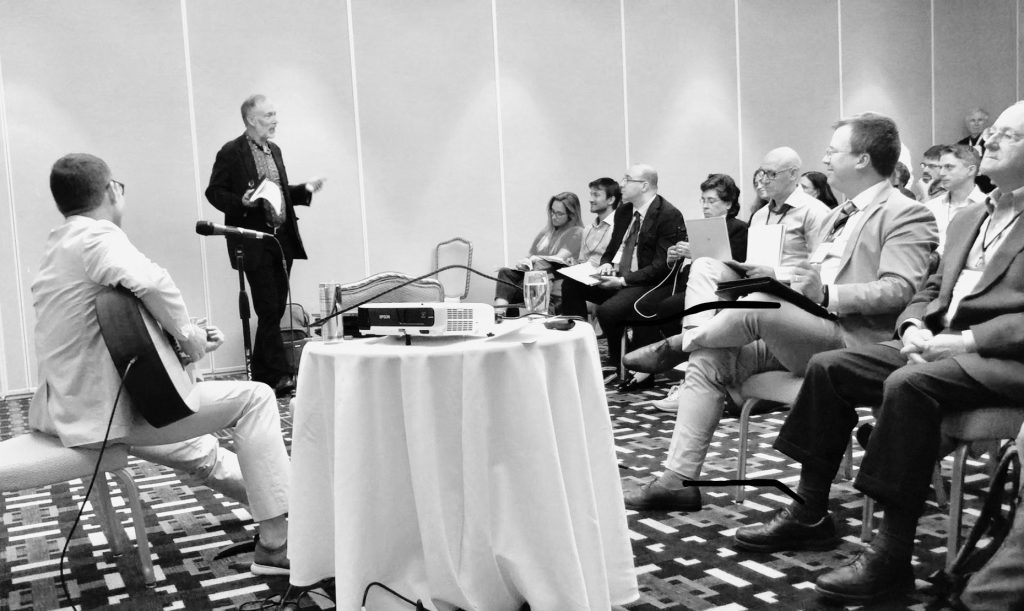 Citing numerous examples of today’s schemes, scams and strategies in modern business practices, from questionable mortgage products and tax loopholes to the use of customer data and technological advantages, Norman and Orts liken this superpower to Plato’s legend of a poor shepherd from Gyges who discovered and capitalized on a ring that could make him invisible. Putting this ethical challenge to song, Norman donned his guitar and performed the following:

Prelude
Yeah, you charmed Thrasymachus like a snake
But you didn’t prove morality is good for its own sake –
like pleasure, and love, and philosophizing
and not just as a means to an end, like money, sex, or exercising.
All folks seem to want is a just reputation
Cuz that’s good for business and eternal salvation.
They say if you bling out the temples, then the Oracle’s your pal
And in the Hades VIP room you’ll be sipping Cristal.

Verse 1
Don’t get us wrong we think this is wack
But Socrates you gotta help us push back.
Might don’t make right, and truth ain’t relative,
as the Sophists argue, if just for the helluvit.
Yeah Socrates, you’ve musta heard
Folks sayin’ justice is just a word
And it wouldn’t mean anything
if you had Gyges’ magic ring.

Verse 2
They’re saying Justice is a human invention.
It’s got nothing to do with the gods’ intentions.
Everyone likes to cheat and steal, that’s a fact
But they hate gettin’ ripped off even more than that.
And since no-one had the power to always come out on top,
they all agreed to some rules and cops.
Well, that’s how Justice became a thing,
but it wouldn’t really matter if you had Gyges’ ring!

Verse 3
If you could vanish at will using Gyges’ ring
You’d be just like that shepherd, and kill the king,
sleep with queen, and never have to pay.
Sinner or saint would act exactly the same way.
They say what goes around don’t always come around.
Sometimes crime pays, that’s what I’ve found.
“With great power come great responsibilities,”
Say those who never had a finger in the Ring of Gyges.

Verse 4
What if you could talk the talk without walkin’ the walk?
Enjoy a fine reputation ‘cuz you never get caught.
While a just man sits like Ruben in a 10-foot cell
An innocent man in a living hell.
Well if justice is really good for its own sake,
you’d rather rot in jail than be that charming rake.
Folks wouldn’t believe you if they heard you sing
That your morals wouldn’t change if you had Gyges’ ring.

Verse 5
If you could vanish at will using Gyges’ ring,
Would you be just like that shepherd, and kill the king?
Would you sleep with the queen, and never ever pay?
Would sinner or saint act exactly the same way?
What goes around don’t always come around.
Sometimes crime pays, that’s what we’ve found.
Remember: “With great power come great responsibilities,”
If you ever have your finger in the Ring of Gyges

Wayne Norman is the Mike and Ruth Mackowski Professor of Ethics in the Kenan Institute for Ethics and the Department of Philosophy at Duke University. He specializes in business ethics and political philosophy: his work in business ethics includes critical evaluations of stakeholder theory, corporate citizenship, corporate social responsibility, the so-called “triple bottom line”, and conflicts of interest; and his work in political philosophy includes nationalism, citizenship, constitutionalism, federalism, secession, and multiculturalism.